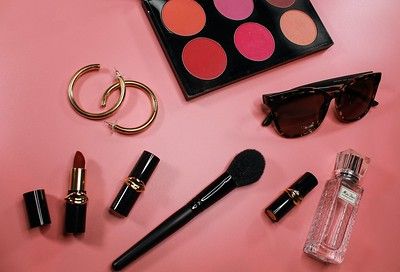 Alejandra Guilmant found fame, first as a model and later as an actress.

She has been part of beauty campaigns by Paco Rabanne. Guilmant has also been photographed for magazines such as 'Vogue Mexico'.

She then began an acting career and appeared in 'A la Mala'.

What is Alejandra Guilmant's net worth?

Alejandra Guilmant is believed to have a net worth of around $1 million.

How much does Alejandra Guilmant earn per year?

Alejandra Guilmant earns an income by modeling, from her acting projects, and as a face for brand advertorial campaigns. Her exact annual income is not known and will vary depending on her various endeavors.

How tall is Alejandra Guilmant?

How old is Alejandra Guilmant?

Alejandra Guilmant was born in Mexico City, on May 10, 1993. She does not talk about her parents and family to the media and hence, little is known about them. She grew up in Mexico and studied at a local high school. Alejandra Guilmant knew she wanted to get into the modeling world and hence did not pursue a college education.

Who is Alejandra Guilmant dating?

Alejandra Guilmant maintains a very private personal life and has not shared any details of who she may be dating at the moment.

Alejandra Guilmant graduated from a local high school in Mexico at the age of 18. It didn't take her long to sign a modeling contract with the Rip Curl global campaign. She has worked with Iris model agency, Metro model, Paragon model management, and many other reputed agencies. Guilmant has also modeled for a number of fashion brands including All Saints, Zac Posen, Levis, L'Oreal, and Paco Rabanne.

The Mexican model has been photographed for several magazines, including 'Vogue Mexico', 'Elle Mexico', 'Maxim', and 'Playboy'. She was even featured on the 'Playboy' sixth anniversary magazine cover. She has also been seen in music videos. Guilmant has even made an appearance in music videos for Kanye West and Jay-Z.

Alejandra Guilmant then began acting in 2013. She made her debut with a short movie named 'Catwalk Girl'. A short film titled 'Likeness' was one of the other first few projects for the model-turned-actress.

In 2014, she played the role of Pamela in the movie, 'A la Mala'. The film went on to win a number of awards and Guilmant's performance was appreciated by critics and the public. She was next seen in 'Aqui en la Tierra'. She has also acted in many short films, including 'Compadres', 'Taquero', 'Sin Regresos', and 'Mantis'. She has also appeared on talk shows including 'Wild on Latino'.

Apart from movies, the actress has also played significant roles in TV series. She played a character named Anat in 'Here on Earth', a crime thriller drama about Mexican families. She appeared in four episodes of the show. She played the role of Marina Calderon in an action family drama sitcom, 'Erase Una Vez'. Guilmant has also appeared in five episodes of 'Narcos: Mexico' from 2018-2020.

Alejandra Guilmant has an active social media presence as a model and an actress. She posts pictures from her shoots, including those for 'Vogue Mexico' and 'Elle Mexico', on her social media pages.

She is best known for her work as a model. She was part of the 2014 Swim Fashion Week in Miami. 'Vogue Mexico' featured her in the September 2013 'El Arte de Seducir' issue.

Guilmant plays an active role in many charitable causes. She is a member of the International Rescue Committee.

We would love your help! If you have a photo of Alejandra Guilmant, either of them alone or a selfie that you would be happy to share, please send it to [email protected].
If you have knowledge or information that you think would help us improve this article, please contact us.