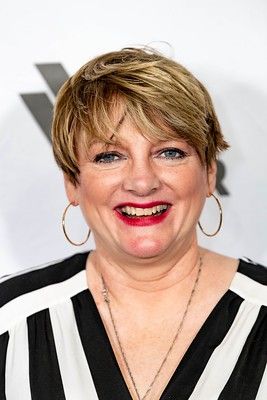 Alison Arngrim started her career as a child artist in the famous hit series, 'Little House on the Prairie', in which she essayed the role of Nellie Oleson. She was nominated for the Child Star Lifetime Achievement Award and Young Star Award for her incredible contribution to the entertainment industry.

She has achieved the Young Artist award and Star Lifetime Achievement award for her illustrious television career.

What is Alison Arngrim's net worth?

How much does Alison Arngrim earn per year?

There is no record of the average annual earnings of Alison Arngrim.

How tall is Alison Arngrim?

How old is Alison Arngrim?

Alison Margaret Arngrim was born on January 18, 1962, in New York City. Her father, Thor Arngrim, was a Hollywood manager, who was born in Canada. Her mother, Norma MacMilan, was a Canadian-American actress, who had given her voice to several children's program characters, such as Davey on 'Davey and Goliath', Casper on 'Casper the Friendly Ghost', Gumby on 'Gumby.

Arngrim also has a brother, named Stefan, who was also a former child actor. Stefan was recognized for his role as Barry Lockbridge on the television series, 'Land of the Giants'.

Who is Alison Arngrim’s partner?

Alison Arngrim got married to Donald Spencer in 1989 and the two separated in 1993. Later in 1993, she married Robert Paul Schoonover.

Arngrim began her career as a child model in television commercials. She shot to fame by playing Nellie Oleson in NBC's hit series, 'Little House on the Prairie'. She played the role of Nellie for seven seasons of the series and became a cultural reference for a spoilt bad girl all through the '70s.

After 'Little House on the Prairie', Alison Arngrim appeared in many guest appearances on TV series, including 'Fantasy Island' and 'The Love Boat'. She was also a regular panelist on NBC's game show, 'Match Game: Hollywood Squares Hour'.

Alison Arngrim is an avid philanthropist. After her friend, who played Nellie's husband on 'Little House on the Prairie', died from AIDS, Arngrim became an AIDS activist. She is also an active advocate of other issues.

What awards has Alison Arngrim won?

In 2002, she was revered by the Young Artist Foundation with their Star Lifetime Achievement Award as a Former Child Star, for her invaluable contribution to the industry.