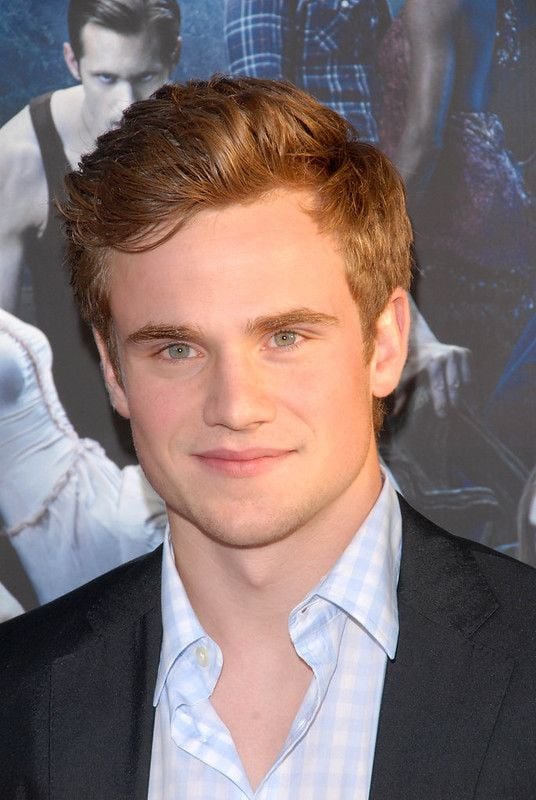 Allan Hyde is a famous actor, best known for his role as the vampire, Godric, in HBO's 'True Blood' and his performance in the Danish television series, '2900 Happiness'.

Allan Hyde is most famous for his role as the 2000-year-old vampire, Godric, in the HBO series, 'True Blood', along with Oscar and Golden Globe winner Anna, Paquin. Allan Hyde founded a production company with his friend, Aske Bang, named GourmetFilm, in 2008.

Hyde has appeared in many television series, films, short films, and theater productions. He is also a singer, producer, and scriptwriter.

Allan Hyde is from Copenhagen, Denmark. His mother is Danish, and his father is from London, England.

What is Allan Hyde’s net worth?

Allan Hyde has an estimated net worth of around $5 million.

How much does Allan Hyde earn per year?

It is estimated that Allan Hyde's annual income is $380,000, but this will vary depending on his roles.

How tall is Allan Hyde?

How old is Allan Hyde?

Allan Hyde was born on December 20, 1989, in Copenhagen, Denmark. He is currently 32 years old and will turn 33 in December 2022. His zodiac sign is Sagittarius.

Who is Allan Hyde’s partner?

Allan Hyde had his breakthrough in the HBO series, 'True Blood', starring alongside Oscar and Golden Globe winner, Anna Paquin.

Allan Hyde has appeared in many Danish television shows and movies. He played Martin Lund Jensen in 'Album', Pieter Stockman in 'Heartless', and Mads-Emil in 'Cold Hawaii'.

Allan Hyde has also done voice dubbing for various movies and television series, including the films in the 'Harry Potter' franchise and various cartoon characters.

Allan Hyde is very interested in participating in charity work. Recently, Hyde played softball for charity. There are various causes that he supports and has done charity work for.

What awards has Allan Hyde won?

Allan Hyde was nominated at The Ekko Shortlist Awards for Best Actor for 'Mig og kærligheden'.

The hobbies of Allan Hyde include reading, photography, traveling, and learning.