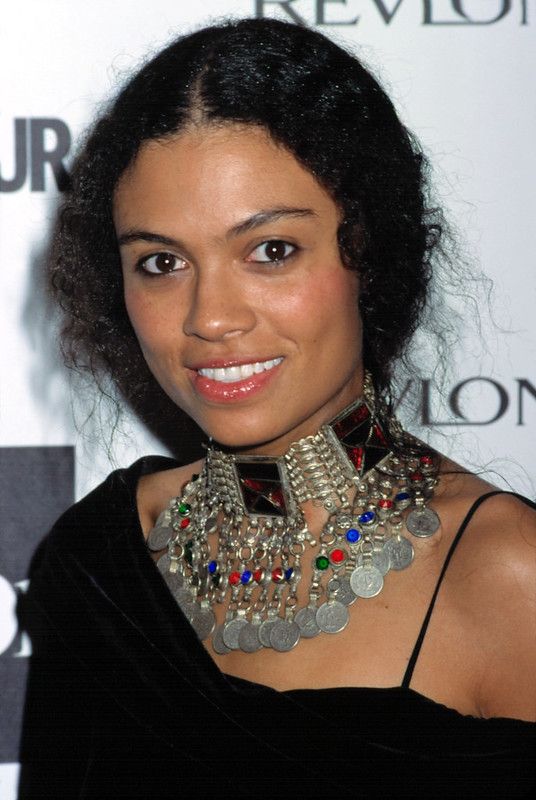 Philadelphia High School for the Creative and Performing Arts

Amel Eliza Larrieux (née Stowell), born on March 8, 1973, is not only a famous American singer-songwriter but an amazing keyboardist as well.

During her solo career, Amel Larrieux was on Sade's support band Sweetback's first-ever self-titled album, which produced the single 'You Will Rise,' which made it high up to no. 42 on the hot R&B/hip-hop pop charts. With her French spouse, Laru Larrieux, Amel Larrieux has also co-written and co-produced her debut solo album, which became famous in a short time.

The official album was 'Infinite Possibilities', released in February 2000 on Epic Records and went to no. 79 on the billboard hot 200 charts and secured the position of no. 21 on the top R&B/hip-hop album tracks. The studio album managed to produce the hit 'Get Up,' her greatest possible solo strike to date.

Amal Larrieux is an American singer-songwriter with Stevie Wonder, Shawn Colvin, John Lennon, and Jimi Hendrix as her musical influences. Her Instagram is @Amellarrieux.

What is Amel Larrieux's net worth?

Amel Larrieux has a net worth of $5 million.

How much does Amel Larrieux earn per year?

Amel Larrieux earns up to $1 million per year.

How tall is Amel Larrieux?

How old is Amel Larrieux?

Amel Larrieux was born on March 8, 1973, as Pborn Amel Eliza Stowell on March 8, 1973, in New York City. She spent most of her childhood in Manhattan. She was born to Brenda Dixon Gottschild but the name of her father is unknown. She grew up around extremely talented artists. Amel Larrieux attended Philadelphia High School for the Creative and Performing Arts. It is not known if she had any siblings.

Who is Amel Larrieux’s partner?

Amel Larrieux’s partner is married to her French spouse, Laru Larrieux, and lives in New York City with their two kids.

Amel Larrieux is best known as a talented singer-songwriter. Amel Larrieux has been performing solo for a long period of time. Amel Larrieux was a founding member of 'Groove Theory' with Bryce Wilson but left the group in 1999.

Amel Larrieux played a very important role in laying the foundation for the other artists. She has also donated to several fundraising events to prevent AIDS; Amel Larrieux has also made lots and lots of donations to various charity events to cure diseases.

What awards has Amel Larrieux won?

Not much is known about Amel Larrieux winning an award, but she did receive a Grammy nomination.

Amel Larrieux has several hobbies, including dancing; her mother was a famous dance critic; hence Amel Larrieux has amazing dancing skills. She also loves to spend time with her husband and family whenever she gets time. She loves reading biographies too to increase her knowledge about the various events in the past.