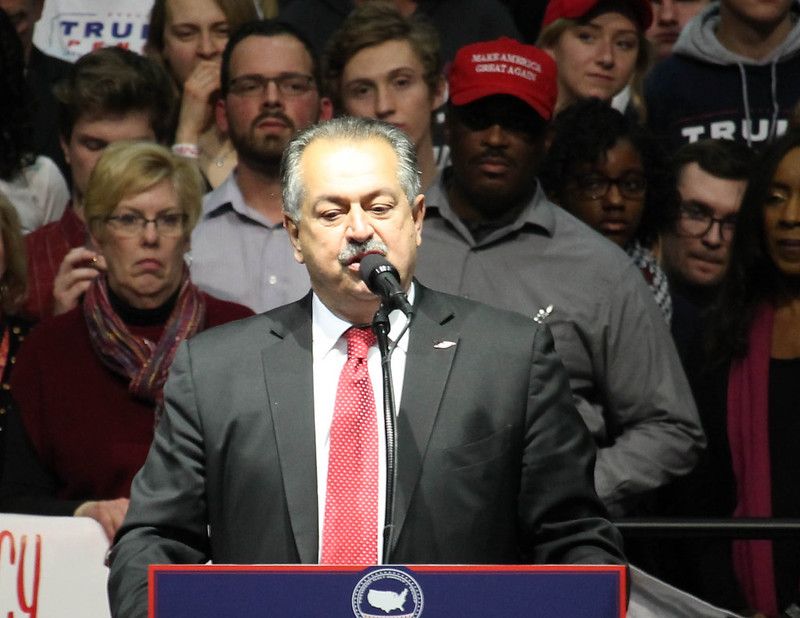 Andrew Liveris is the retired chief executive officer (CEO) and chairman of The Dow Chemical Company.

Andrew Liveris joined The Dow Chemical Company in 1976 in Australia and gradually climbed the corporate ladder through various executive positions to the top sitting role in 2004. He has earned an honorary doctorate from the University of Queensland.

Andrew Liveris was an advisor to the US President Donald Trump to help identify the critical ways of revolutionizing the manufacturing sector in America. He helps develop policies to increase employment prospects and strengthen the American economy. Liveris studied chemical engineering and remained the CEO of The Dow Chemical Company for more than a decade. He was also a part of US President Barrack Obama's Committee of Advanced Manufacturing Partnership and the Export Council of the US president.

What is Andrew Liveris's net worth?

Mr. Liveris is currently a board member at Saudi Aramco, IBM, and Lucid Motors and has a considerable net worth of $156.49 million.

How much does Andrew Liveris earn per year?

Mr. Liveris served as the CEO and chairman of The Dow Chemical Company, and he is currently the director at DowDuPont. He has an annual earning of around $3.2 million.

How tall is Andrew Liveris?

How old is Andrew Liveris?

Mr. Liveris was born in Darwin in Australia. He is of Greek descent and was born on May 5, 1954. His family then shifted to Brisbane, and Liveris started schooling at Brisbane State High School. He got enrolled in a chemical engineering course at the University of Queensland. After graduating, he joined The Dow Chemical Company in Melbourne. He has worked in several business departments of The Dow Chemical Company. Liveris was honored with a doctorate from the University of Queensland, his alma mater.

Who is Andrew Liveris’ partner?

Andrew Liveris is married to Paula Liveris. He has three children including Alexandra, a filmmaker, and Anthony Liveris, who is also into business.

Andrew Liveris was the CEO and chairman of The Dow Chemical Company from 2004-2018. Liveris has also served as the vice-chairman of Worley.

Mr. Liveris oversaw the acquisition of the Rohm and Hass company for $16 billion by The Dow Chemical Company. It ended the use of chemicals and was open to global auction. It was one of the Fortune 500 companies, and an acute crisis arose when the Petrochemicals Industries of the State of Kuwait took a step back from paying, tackled strategically by Mr. Liveris as the CEO. However, in 2012, The Dow Chemical Company was awarded compensation for the breach of agreement and interests.

Liveris pushed a joint venture of chemical facilities called Sadara in collaboration with Saudi Aramco. He had to lead the company during the historic merger of Tow Chemicals and DuPont, the largest chemical business before the union. He is also a special advisor at the $250 billion Public Investment Fund of Saudi Arabia.

Liveris has served as the executive chairman of DowDuPont. He is part of Salesforce, the Banking Corporation of Sumitomo Mitsui. Liveris serves as a special advisor to the Crown Prince of Saudi Arabia. He sits as a trustee of the King Abdullah University of Science and Technology (KAUST) and the California Institute of Technology.

Mr. Liveris provided $50 million to his alma mater, the University of Queensland, for innovation and entrepreneurship initiatives. He is also a trustee of the Minderoo Foundation, based in Australia.

Liveris is the founder of The Hellenic Initiative, a non-profit organization for the Greek diaspora in Australia to invest in their homeland to develop Greeks through business and investment. He has collaborated with eminent business personalities like the Coco-Cola Company CEO Muhtar Kent, George Stamas, and George David to build a wireframe and encourage entrepreneurship in his home country of Greece. The organization's patron is former US president Bill Clinton.

What awards has Andrew Liveris won?

Liveries have been awarded numerous awards in recognition of his international business strategies including the International Leadership Award from the United States Council for International Business, the Legend in Leadership from the Yale School of Management, and the George E. Davis Medal, among others. In April 2022, he launched the Liveris Academy at the University of Queensland.

In recognition of his services to international business, he was appointed as an Officer of the Order of Australia.

Liveris' hobbies include spending time with his family. He also considers himself a speed reader and a decent writer too. He has published a book called 'Make It In America' which captures his conclusions and suggestions for the American manufacturing industry.