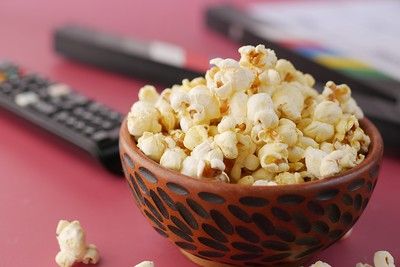 The patriarch of the Plath family, Barry Plath, is the star of the new reality television series 'Welcome To Plathville'.

Barry Plath, who lives in rural Georgia, has worked as a transportation planner for the same private firm since the early ’70s, and his wife Kim is a naturopathic doctor who treats patients from her home office. They have nine children together.

Living on a 55-acre farm in the southernmost section of rural Georgia, the 11-member group adheres to their rigorous religious beliefs to the letter, even if it means skipping out on sugary drinks, viewing movies, and a variety of other activities.

The first two seasons of 'Welcome To Plathville' focus on Ethan Plath and his tumultuous relationship with his parents, Kim and Barry Plath. Ethan and Barry's connection is a little more convoluted. In one episode, Barry expressed remorse that circumstances had gotten so terrible at the residence after an explosive event.

The TV show reveals the truth about Moriah Plath who is a renegade and spends her time listening to music and applying makeup. Micah and Moriah Plath leave the house in the second season of the show, which premiered in November 2020.

Despite the fact that he has set a variety of stringent laws on his family, religion is at the center of Barry's existence, as anyone who has even glanced at 'Welcome To Plathville' can confirm. He and his family's faith also leads them in every facet of their daily lives.

What is Barry Plath’s net worth?

Kim and Barry Plath have built a net worth of over $3 million as a result of their new reality TV contracts, despite maintaining the illusion of a simple Christian lifestyle. Along with their regular income and reality TV earnings, Barry and Kim also generate money by renting out their 55-acre farmhouse on Airbnb.

How much does Barry Plath earn per year?

How tall is Barry Plath?

How old is Barry Plath?

Barry Plath was born in the United States on March 6, 1968. He graduated from the University of Illinois with a Bachelor's degree in Civil Engineering.

Barry Plath has dedicated his career as a transportation planner and school administrator to ensuring that every child has access to a solid education. He began his work as a mobility planner in the New York City public school system, quickly advancing through the ranks.

Who is Barry Plath’s partner?

Barry Plath has worked for the same private firm for over 25 years as a transportation planner. Kim Plath is a naturopathic doctor who meets customers outside of the home, so even though she works, she is right there to make sure the kids finish their homework.

In an Instagram promo for 'Welcome To Plathville', Barry Plath claimed that he wants to keep his children as young as possible, untainted by the horrors of the outside world. As a result, he and Kim have forbidden their children from using computers or eating junk food. Barry and Kim choose to educate their children at home. Because they are not allowed to use gadgets, the Plath children have no idea what a social media account is.

A car tragedy claimed the life of their 17-month-old son. Instead of condemning his wife for his son's death, Barry showed kindness to her after the disaster.

Barry Plath is most known as the patriarch of the Plath family, a religiously devout Christian family from rural Georgia.

Barry Plath works a day job despite the fact that his family lives on a 55-acre farm. He works for a private firm as a transportation planner. He has worked for the same company for more than 25 years. He has to commute to work and back every day because the farm is 10 miles from the nearest town, but the family appreciates being away from the rush and bustle of the city, so he doesn't mind the drive.

Viewers were treated to moments in the first season of 'Welcome To Plathville', in which the older children broke the rules. Olivia offers Ethan his first taste of Coke and introduces him to his first alcoholic beverage, which he now discusses on social media more often.

Staying in Cairo and resolving his relationship with his parents, Kim and Barry Plath, may benefit Ethan Plath. He's currently focused on repairing his marriage to Olivia Plath. Ethan Plath addressed his parents about how they had abused his wife Olivia in the emotional season finale of 'Welcome To Plathville'. Ethan Plath informed his parents that he and Olivia were planning to relocate soon.

Kim and Barry Plath, according to their family webpage, homeschool their children, perform in a family band with them, which Barry apparently manages, and have day jobs.

They also revealed how Moriah Plath, Ethan's younger sister, saw him as an example of how to break free from their family's strict religious beliefs, which prohibited all nine Plath siblings from experiencing a normal life.

The conservative Plath family is split into three households, as shown in the current season 2 of the TLC reality series. In one house is Micah and Moriah, another house is for Kim and Barry, and the third for Ethan and Olivia.

For many years, Barry Plath has volunteered with the Red Cross, helping to raise funds for a variety of organizations. Barry genuinely cares about his neighborhood and wants to ensure that everyone has access to safe transportation. He used to participate in several charitable groups when he was younger. He has assisted in the transportation of those in need of medical attention, as well as working with the disabled community.

What awards has Barry Plath won?

Barry Plath has received awards from the American Planning Association, the Institute of Transportation Engineers, and the National Transportation Research Board. Plath's honors highlight his dedication to improving the efficiency and productivity of transportation networks.

Barry and his wife Kim lead the family band, known as the Plath Family Band, who perform on a regular basis. They perform folk and spiritual music together and are a really accomplished group of musicians.

We would love your help! If you have a photo of Barry Plath, either of them alone or a selfie that you would be happy to share, please send it to [email protected] you have knowledge or information that you think would help us improve this article, please contact us.