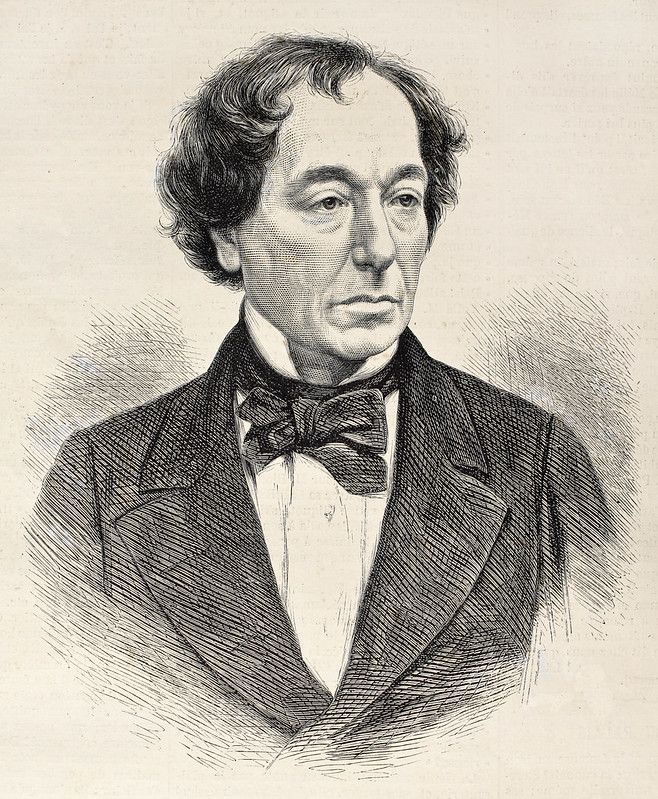 Benjamin Disraeli was born on December 21, 1804, in London, England.

Benjamin Disraeli is one of the most famous people in British political history. He was one of the few who helped the nation's political revolution get off the ground.

His father was Isaac D'Israeli, and his mother was Maria Basevi. Disraeli made many unsuccessful attempts to enter the House of Commons, eventually gaining a seat in 1837. He later led his political party to victory, rising to the position of British Prime Minister.

Benjamin Disraeli has been the only Jewish person to serve as England's Prime Minister. In addition to being an incredible writer, he is well recognized for publishing many books that contain his political writings. Queen Victoria, with whom he had a close relationship, gave him the peerage title of Earl of Beaconsfield in 1876.

Disraeli made arrangements for the British to buy a sizable portion of the Egyptian Suez Canal Company. He worked at the Congress of Berlin in 1878, to secure peace in the Balkans with some favorable terms for Britain and unfavorable for Russia, their long-time foe, in response to Russian victories against the Ottomans. Disraeli became one of Europe's top leaders as a result of his diplomatic success over Russia.

Keep reading to learn more about the life and political career of Benjamin Disraeli.

What was Benjamin Disraeli's net worth?

The total net worth of Benjamin Disraeli is not known.

How much did Benjamin Disraeli earn per year?

The annual income that Benjamin Disraeli received is not known.

How tall was Benjamin Disraeli?

How old was Benjamin Disraeli?

Benjamin Disraeli was born in London, England, on December 21, 1804. His parents were Isaac D'Israeli and Maria Basevi, and he was the second child and the eldest son in his family. He had four siblings, named Sarah, Naphtali, Ralph, and James.

In his early life, Disraeli attended a day school in Islington, from the time he was around six years old. Disraeli was enrolled as a boarder at St. Piran's School in Blackheath, run by Rev. John Potticary, about two years later. Disraeli was baptized at the age of 12, after his father renounced Judaism because of an issue at the synagogue of Bevis Marks.

Benjamin Disraeli received the chance to work with a company of attorneys in 1821 when he was just 17 years old. Disraeli reportedly did not find the job particularly interesting, but kept his employers happy by working hard.

Disraeli's father considered arranging for him to wed the company owner's daughter because he believed this employment would keep him in stable financial standing. However, Disraeli had long since had a desire to work in politics. Later, Disraeli acknowledged that working with the company was a useful experience.

Who was Benjamin Disraeli's partner?

Benjamin Disraeli reportedly had a strong relationship with Henrietta Sykes, a lady who was dating statesman Lord Lyndhurst, around 1834. Disraeli and Henrietta started dating. This open relationship received a lot of backlash and served as the basis for the 1837 book, 'Henrietta Temple'.

In 1831, Benjamin Disraeli made his debut in the competitive realm of British politics. He also attempted to run from Wycombe, close to Buckinghamshire. He ran twice from this location, in 1831 and then as an independent candidate for the government the very next year, in 1832, but lost both times.

Following several losses, Disraeli made the decision to join a political party in an effort to increase his prospects of winning. Disraeli's circumstances remained the same even when he ran as a Conservative party candidate in 1835 and once again lost the elections.

Finally, Benjamin Disraeli was successful in winning the 1837 government elections and together with fellow Conservative party candidate, Wyndham Lewis, was elected to the prestigious House of Commons. Later that year, he delivered a speech at the British parliament.

Although the Conservative party took control in 1841, Benjamin Disraeli was not given a ministerial position in Sir Robert Peel's administration. Disraeli, who was enraged, rebelled against the British leader and denounced the party's positions. After years of criticism, Peel was forced to resign in 1846.

Benjamin Disraeli ultimately succeeded in establishing himself as one of Britain's most powerful men in 1847, after winning an election as a member of parliament from Buckinghamshire. Disraeli served as Chancellor of the Exchequer in Lord Derby's minority administration in 1852. Disraeli delivered the budget as part of his ministerial responsibilities, ensuring to include elements that would appeal to the working class and therefore, attract votes. The opposition aggressively opposed his budget proposals, partly in response to Disraeli's actions against Peel in 1846. The Lord Derby administration was ultimately overthrown in 1858 as a result of this.

Jewish community members were also permitted to take administrative positions by the British government in 1858–1859. Benjamin Disraeli's chances of becoming prime minister increased as a result.

Benjamin Disraeli was chosen to be Prime Minister of Britain in 1868 when Lord Derby retired, just before the national elections of that year, and as such, Disraeli's time as Prime Minister lasted just briefly. William Gladstone became the new Prime Minister after the Liberals beat the Conservatives in the election.

Benjamin Disraeli was elected as Prime Minister for a second time in 1874, after serving as an opposition member. Disraeli enacted a number of laws during his second term as Prime Minister, including The Climbing Boys Act, Conspiracy and Protection of Property Act, and The Public Health Act.

Benjamin Disraeli's work to showcase the resentment behind the repeal of Corn Laws was greatly praised by the media.

What awards did Benjamin Disraeli win?

Benjamin Disraeli received the title of Lord Beaconsfield from Queen Victoria in 1876. Disraeli joined the esteemed House of Lords after receiving this honor. At the same time, Disraeli continued to serve as Prime Minister of his country.

After Benjamin Disraeli's passing, a memorial was constructed in Westminster Abbey. Interestingly, Disraeli's political adversary, William Gladstone, recommended that this monument be built.

We would love your help! If you have a photo of Benjamin Disraeli, either of them alone or a selfie that you would be happy to share, please send it to [email protected].