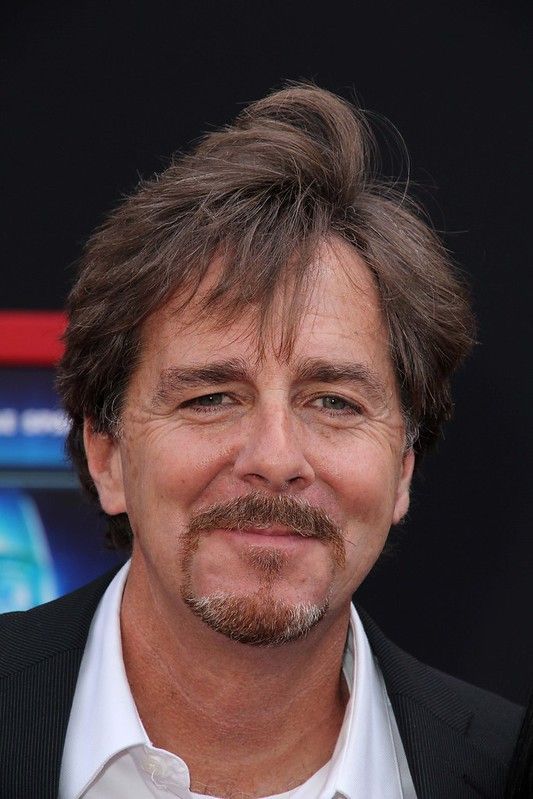 Berkeley Breathed is a well-known illustrator and cartoonist, who is most known for his Prize-winning comic strip 'Bloom County', featuring well-known characters, Bill the Cat and Opus the Penguin.
Berkeley is a cartoonist, director, screenwriter, and book creator for children from America. 'Bloom County', 'Outland', and 'Opus', which he created in 1987, are his most well-known works.
'Bloom County' earned him the Pulitzer Prize for Editorial Cartoons. After being a cartoonist had earned him recognition globally, in 2008, Berkeley retired from comic strips to concentrate on becoming a children's author. He published a number of children's books that were later adapted into animated films.
His recent cartoonist works dig deep into sociopolitical issues existing in society today. In his comic strip, 'Opus', in May 2008, Berkeley announced that he was suffering from a condition called spasmodic torticollis. He presently works for 'The Washington Post' Writers Group and lives in Santa Barbara, California.

What is Berkeley Breathed's net worth?

Berkeley Breathed has an approximate net worth of $5 million. He has earned most of his net worth from his thriving career as a cartoonist, screenwriter, illustrator, and children's author.

How much does Berkeley Breathed earn per year?

How tall is Berkeley Breathed?

The height of Berkeley Breathed is currently not known.

How old is Berkeley Breathed?

Berkeley Breathed was born in Encino, California. His parents were John William Breathed and Martha Jane Breathed. Berkeley was raised in Houston, Texas, and attended Westchester High School in Houston. Later, Berkeley enrolled at the University of Texas, Austin, to study Photojournalism. Berkeley wrote for the campus magazine and also worked at the University of Texas as a photographer for 'The Daily Texan'.

Who is Berkeley Breathed's partner?

Berkeley Breathed married Jody Boyman, a psychologist, on May 10, 1986. The couple had two children. In 2012, Berkeley ended his relationship with Jody Boyman. In 2015, he married Heather Standish Wright.

Berkeley Breathed is famous for his comic strips. He is an American cartoonist, screenwriter, director, children's book author, and illustrator. He became famous for his main characters, Bill the Cat and Opus the Penguin, in the cartoon strip 'Bloom County', which won him a Pulitzer Prize.
Berkeley started his career working part-time at the 'Austin American-Statesman' newspaper, drawing editorial cartoons. He was soon dismissed from the newspaper after one of his cartoons caused controversial outrage. During this time, he published his first comic strip, 'The Academia Waltz', which appeared regularly in 'The Daily Texan' while he was at the University of Texas in 1978.
Berkeley self-published two collections of 'The Academia Waltz' to pay for his tuition. The editors of 'The Washington Post' noticed his unexploited and raw talent. They recruited him to do a nationally syndicated strip, making a huge impact to his cartooning career.
On December 8, 1980, Berkeley Breathed released his new comic strip, 'Bloom County'. Some of the characters featured in 'Bloom County' were taken from 'The Academia Waltz' comic strip, like Steve Dallas the Frat-boy and Cutter John, the Vietnam war veteran. Breathed won his first Pulitzer Prize mainly for his editorial cartooning. Ultimately, the comic strip was adopted in more than 1,200 newspapers globally and was highly acclaimed. The strip earned Berkeley the Pulitzer Prize.
'Bloom County' was running successfully, until Berkeley discontinued it in 1989. He wanted to terminate it while it was still popular among the people. He publicly said, 'A good comic strip is no more eternal than a ripe melon'.
Berkeley issued another comic called 'Outland' the next year, which was exclusively published on Sundays. Berkeley used several characters in this strip from 'Bloom County' and characters like Opus the Penguin and Bill the Cat were among them. Berkeley discontinued 'Outland' in 1995. In 2003, Berkeley started another comic strip called 'Opus', which again featured only on Sundays. Opus the Penguin of 'Bloom County', was its main character.
On October 6, 2008, Berkeley announced he would discontinue his work on comic strips with the final 'Opus' strip that would run on November 2, 2008. Berkeley was planning to focus on writing children's books. The final panel strip of 'Opus' appeared on November 2, 2008, which showed Opus sleeping peacefully in the bed.
Berkeley produced 10 children's picture books. Two of his books, 'Edwurd Fudwupper Fibbed Big' and 'A Wish for Wings That Work', were made into animated films. Berkeley's latest book, 'Pete and Pickles', is currently in production at Aniventure as an animated film, 'Hitpig', and is due for release in 2022.

Breathed is a vigorous activist for the animal rights group PETA (People for the Ethical Treatment of Animals). He drew the design used on PETA's T-shirts and other merchandise. He has also been involved with the Sea Shepherd Conservation Society, which works to help endangered whales and other sea creatures.

What awards has Berkeley Breathed won?

Berkeley Breathed was recognized and awarded for his tremendous work as a cartoonist and author. He hit fame by winning the Pulitzer Prize in 1987 for his editorial work in 'Bloom County'. His picture book, 'Mars Needs Moms', won a Golden Duck Award for Excellence In Children's Science Fiction in 2008. The American cartoonist also won an Inkpot Award in 2010.