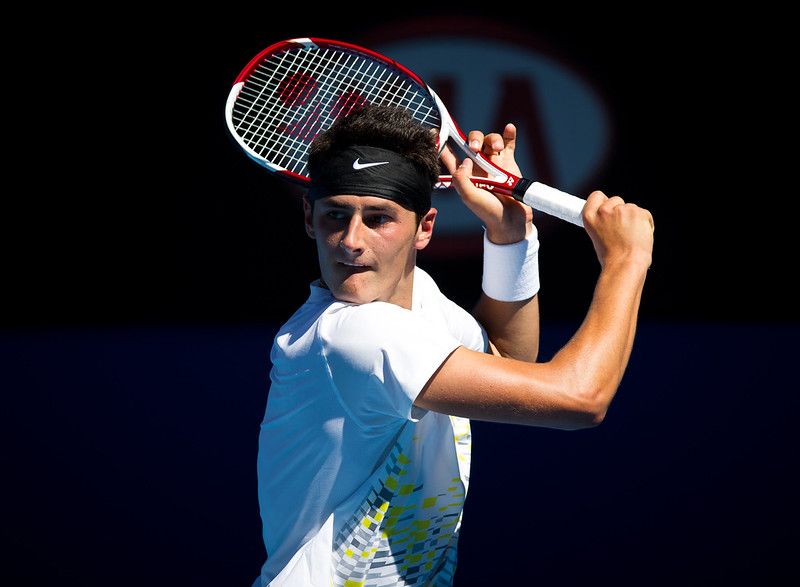 Bernard Tomic is a professional tennis player from Australia, born in Stuttgart, Germany, on October 21, 1992.

Tomic's parents are John (Ivica) and Adisa. His father is Croatian, and his mother is from Bosnia.

Tomic's parents left Socialist Yugoslavia before he was born, and they settled in Germany when Tomic was born. In 1996, when he was three years old, the family migrated to Gold Coast, Queensland, Australia.

Bernard Tomic has a younger sister, Sara, who is also into professional tennis. Tomic studied at Southport State School while in primary school and later took up a sports championship from the Southport School. He became a vegan in 2018 as part of turning over a new leaf.

What is Bernard Tomic's net worth?

Bernard Tonic has a net worth of $ 4 million.

How much does Bernard Tomic earn per year?

How tall is Bernard Tomic?

How old is Bernard Tomic?

Bernard Tomic was born in Stuttgart, Germany, on October 21, 1992. He studied at Southport School. He moved to Queensland, Australia, when he was three years old. The junior tennis player got a sports scholarship to attend Southport school for his high school studies.

He was noted as an ambitious tennis player. He made it clear that he wanted to become the #1 tennis player globally and become the youngest Australian winner of the Davis cup. He was the youngest player to take part in the Junior Australian Open. His most tremendous professional success was reaching the quarterfinals in the 2011 Wimbledon tennis.

Who is Bernard Tomic dating?

Bernard Tomic, the tennis player, has been noted for his disputes with fans and officials, allegations of tanking, and his offending behavior.

He donated cash for the welfare of some sick children at the McDonald's house.

What awards has Bernard Tomic won?

Tomic enjoyed a thriving career as a tennis player. He won an Orange Bowl title, two junior singles Grand Slam titles, the 2018 Australian Open, and US Open in 2009. In addition, he has won the Apia International in Sydney in 2013, the Claro Open Colombia in 2014, the Claro Open Colombia in 2015, and the Chengdu Open in 2018. He reached the quarterfinals of the 2011 Wimbledon Championships, 2015 BNP Paribas Open, and the final of 2016 Acapulco Telcel.

The hobby and interests of Bernard Tomic include football, basketball, and table tennis, and he likes to play on the grass surface.

Bernard Tomic is a tennis player born in Stuttgart, Germany, and shifted to Australia with his parents.

He started participating in professional events at the age of 15.

He has always lived his life in terror of his father.

Tomic failed in the first round of the 2022 Australian Open qualifying rounds, and he was tested positive for the COVID-19 virus.

He decided to remain inactive the rest of his life, even though tennis resumed after the pandemic.

His first coach was Neil Guiney at age 7.

Tomic has won over $5 million in prize money on the ATP circuit and possessed properties worldwide.

Playing tennis is his passion, and he puts his hard work, sweat, blood, and tears into tennis.