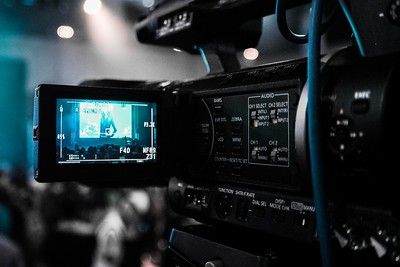 In his early years, Bert Convy was very athletic and played Minor League Baseball. The enterprising star even pursued a career on the stage before becoming a game-show host, in 'The Billy Barnes Revues'.

Eventually, he established a production house along with Burt Reynolds, and their debut production, ‘Win, Lose or Draw', became a massive hit among the audience. He was also a popular Broadway actor. But soon after, he stepped into the film industry, doing several movies with reputed actors and producers.

He became a well-known face after becoming a game-show host. Some of the game shows that he is best known for include 'Super Password', 'Password Plus', 'Tattletales', 'Match Game', and many more. He even bagged an Emmy Award for the Best Game-Show Host in the ’70s for his incredible performance in these shows.

He passed away from a brain tumor on July 15, 1991, at his home in Los Angeles, California, just a few days before his 58th birthday.

What was Bert Convy’s net worth?

Bert Convy's net worth has been valued at $2.5 million.

How much did Bert Convy earn per year?

According to reports, Bert Convy made around $400,000 every year.

How tall was Bert Convy?

How old was Bert Convy?

Bernard 'Bert' Whalen Convy was born in St. Louis, Missouri, in 1933. When he was seven years old, his family moved to Los Angeles, where he attended North Hollywood High School. He was a great athlete for two consecutive years and represented the Philadelphia Phillies in Minor League Baseball. Later on, Bert Convy went to the UCLA School of Theater, Film, and Animation.

Who was Bert Convy's partner?

Bert Convy was married to Anne Anderson. The couple were married in 1959 and had three children, namely Jonah, Joshua, and Jennifer Convy.

In 1991, he divorced Anne Anderson after 32 years of marriage. The same year, Bert married Catherine Hall. However, at that time, he was battling a brain tumor. Bert Convy passed away at his home on July 15, 1991, just a couple of days before his 58th birthday.

After playing Minor League Baseball for two years, Bert Convy switched to the entertainment business as a great singer and performer in 'The Billy Barnes Revues' in the ’50s and '60s. After that, he became a Broadway actor, starring in shows like ‘Fiddler On The Roof’, ‘The Impossible Years’, and ‘Cabaret’. He even appeared in the soap opera ‘Love Of Life’, in the role of Glenn Hamilton.

Bert Convy played the lead role of Guido Contini in the Broadway musical ‘Nine’. He appeared as a guest star in two episodes of 'Hawaii Five-O'. He also guest-starred in one episode of 'Perry Mason', where he played Harry Thompson, the defendant.

In the ’60s and ’70s, Bert Convy became a semi-regular panelist on game shows. He hosted many game shows with fellow celebrity contestants like Carol Burnett, Judy Norton, Elizabeth Montgomery, and more. However, it was just after he started his own production company with Burt Reynolds in the '80s that the American actor gained massive popularity. His first production, 'Win, Lose, or Draw,' became a national sensation.

Bert Convy was best known for hosting game shows such as 'Tattletales' and 'Super Password'. He was also a famous Broadway actor whose performances in shows like 'The Billy Barnes Reuves', 'Nowhere to Go But Up', 'The Front Page', and 'Cabaret' were very well-received.

His roles in TV shows like 'The Snoop Sisters' and 'Hawaii Five-O' are still remembered. And his performances in movies like 'Jennifer', 'A Bucket Of Blood', 'Hanging By A Thread', 'Susan Slade' and many more earned him global acclaim.

Bert Convy undertook a lot of charity work, including hosting charity sports events that raised a lot of money for spina bifida victims in Arizona, to provide them with wheelchairs, prescription drugs, and braces.

What awards has Bert Convy won?

Apart from being an outstanding actor and game show host, Bert Convy was a great athlete. He loved playing baseball and tennis and even played for Minor League Baseball for two years before entering the entertainment industry.

We would love your help! If you have a photo of Bert Convy, either of them alone or a selfie that you would be happy to share, please send it to [email protected]. If you have knowledge or information that you think would help us improve this article, please contact us.