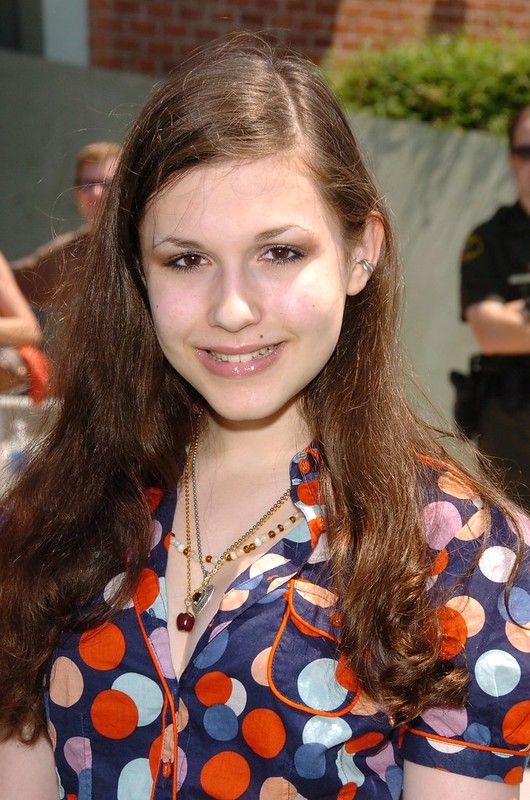 Bianca Ryan is known for her powerful voice and soulful performances.
Bianca Taylor Ryan is an American singer who first rose to fame after she won the first season of 'America's Got Talent' at the age of 11. Bianca has since released a self-titled album and toured with some of the biggest names in music, including Josh Groban and Michael Bublé.
Bianca Taylor Ryan was born on September 1, 1994, in Ocean City, New Jersey. Bianca Ryan is a singer-songwriter and musician from the United States. Bianca got her start in show business at a young age when she competed in local talent shows. In 2006, she auditioned for the first season of 'America's Got Talent' and won the competition with her powerful voice. Bianca released her debut studio album shortly after winning AGT, which debuted at number one on the Billboard charts. She has since gone on to release two more studio albums and has performed all over the world. Later, in 2006, she published her self-titled first album, which was preceded by two Christmas albums. Ryan tried her hand at an acting career at a young age, making her debut in the 2005 film '12 And Holding' in a cameo role. She resumed her acting five years later, as the lead role in the music video for The Wrecking's 'About to Fall'. In March 2014, she released music videos for her new song that had been released after four years, a version of John Legend's 'All Of Me', on her YouTube channel. Ryan was cast in the independent movie 'We Are Kings' in 2012.

What is Bianca Ryan’s net worth?

How much does Bianca Ryan earn per year?

How tall is Bianca Ryan?

How old is Bianca Ryan?

Bianca Ryan is 27 years old as of 2021. Bianca Ryan gained fame after winning the first season of 'America's Got Talent' when she was 11 years old.

Bianca Taylor Ryan is her birth name. Her parents are Shawn Ryan and Janette Ryan. Shawn, Isabella, Jagger, and Evangelina are her four siblings. Since she was a child, she has been immersed in a musical atmosphere. Her father was a huge music fanatic. Bianca was named after Mick Jagger's former wife because her father was a major Rolling Stones lover. She is of mixed heritage, with Japanese, Italian, Irish, Cherokee, and German in her blood. Ryan's family was taken aback by her singing ability, considering that she was a tap dancer as a child.
As a child, she was an award-winning tap dancer. Ryan admitted that she didn't try to sing until she was eight years old when she discovered LeAnn Rimes and country music. Ryan heard in 2006 that Simon Cowell, a judge on 'American Idol' was working as executive producer for a future talent show called 'America's Got Talent', and she auditioned for it. Her audition song was 'And I Am Telling You I'm Not Going,' from the Dreamgirls musical, and she stunned both the audience and the judge with her stunning voice. After her audition performance was posted on the YouTube channel, she gained a lot of attention. She won 'America's Got Talent' at the age of 11 on August 17, 2006. At the age of 12, she released her first record, which ranked on the Billboard 200.

Who is Bianca Ryan dating?

Bianca Ryan is presently single. Bianca Ryan has had at least one previous relationship. She and Drew Gaunce, her ex-boyfriend, used to do cover versions on their YouTube channel.

Bianca Ryan is best known for winning the first season of 'America's Got Talent' at age eleven. Ryan was declared the season one winner on August 17 after performing two Broadway show tracks. Bianca has since released studio albums and toured extensively around the world.

What Awards has Bianca Ryan won?

On August 17, 2006, emcee Regis Philbin announced 11-year-old Bianca Ryan as the winner of 'America's Got Talent'. Bianca's $1 million rewards allowed her to join an exclusive group of talent competition winners. She signed with Simon Cowell's SYCO music company as part of Columbia Records months after winning, making her the first American artist to do so.

Bianca Ryan loves singing and performing for large crowds of people; she also enjoys spending time with her family and friends. Bianca is a devout Christian and credits her faith for keeping her grounded throughout her hectic career. Ryan has always wanted to work in beauty products and develop her own line of cosmetics. She released her Ciao Bianca lipstick range in December 2018, which includes 23 colors, some of which are named after her songs.

When she first went to audition, she almost didn't perform because she was so distracted by the other candidates.
When her father informed her that the grand prize was $1 million, she opted to stay.
SYCOmusic, a branch of Columbia Records, signed her to a five-album deal.
She released her self-made album on November 14, 2006, which featured cover versions of 'I Believe I Can Fly', and 'The Rose' as well as original music like 'Pray For A Better Day' and 'I Wish That.'
Her musical style has been described as a mix of R&B,  neo-soul, and pop.
As a special performer at Nextfest, she embarked on her first concert tour that carried her across the United States in 2007.
'In My Head,' a song inspired by 'Twilight: New Moon,' was written and sung by her.
Ryan said in 2014 that she could use the help of an acting coach.
In August 2015, she was a featured performer at the Hollystock Music and Arts Festival in Mount Holly, New Jersey.
In May 2015, her original song 'Alice', followed a setback caused by health issues.
She spent most of her teenage years away from the limelight.
After her doctor told her she was a high risk for esophageal cancer, Ryan underwent two vocal surgeries and abdominal surgery in 2016.
She was warned that she might not be able to sing again since one of her vocal cords was paralyzed.
She felt as if she had been gifted a 'new' voice once the procedure was successful.
After an ENT informed her that she had blood vessels on her vocal cords, she had a second operation, which was also successful.
She stated in 2017 that she has matured and would like to resume acting.
Main image credit:  s_bukley /Shutterstock