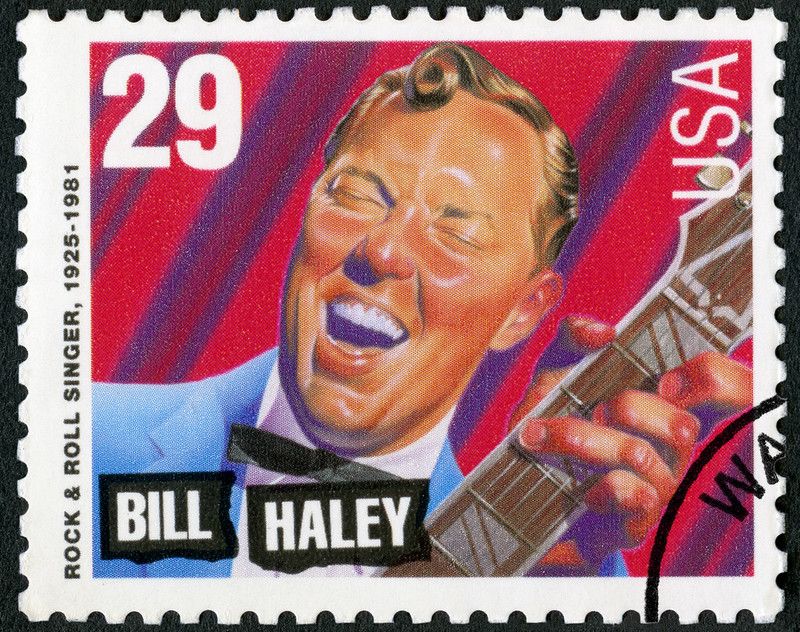 Bill Haley, is best known as the father of rock and roll, and for being the frontman in his rock and roll band 'Bill Haley And His Comets'.
Bill Haley was an extremely popular singer best known for his songs 'Skinny Minnie', 'Shake, Rattle And Roll', and 'See You Later, Alligator'. Bill Haley had remained a musical director at the radio station WPWA, situated in Chester, in Pennsylvania.
Bill was raised in Highland Park in Michigan, the family later moved to Pennsylvania in the city of Bethel.

What was Bill Haley’s net worth?

The American rock and roll singer, Bill Haley's musical career ended long ago in 1981. Some resources today estimate that Bill's net worth must have been around $1.5 million.

How much did Bill Haley earn per year?

As there is no exact information available on Bill Haley's net worth.

How tall was Bill Haley?

How old was Bill Haley?

Bill Haley was born in Michigan in the city of Highland Park to parents, who themselves were musicians. Bill's mother was Maude Green, who played keyboard was originally from England's Lancashire, and his father William Albert Haley played the mandolin and banjo.
Growing up with music, Bill Haley developed a passion for playing musical instruments from a very young age. He even had made a guitar out of cardboard when he was a child, and later, his parents got him a real version of the guitar impressed by his enthusiasm for music. His journey of becoming a singer began very early.
The details of his educational qualification and early life are not known.

Who was Bill Haley’s partner?

Throughout his lifetime, Bill Haley married three times and has around ten children from his three wives.
In 1946, Bill Haley first tied the knot with Dorothy Crowe and got divorced in 1952, the couple had two children. Bill Haley remarried Barbara Joan Cupchak in 1952, and got divorced in 1960, together they had five children. With his last wife, Martha Valaesco Bill tied the knot in 1963 and remained with her till death. They had three children.
The eldest son of Bill Haley, William John Clifton Haley wrote his father's biography called 'Sound And Glory'.

When it comes to fame, Bill Haley has been compared with the American legendary rock singer Elvis Presley. He is greatly remembered for being the frontman of the rock and roll group 'Bill Haley And His Comets'.
Bill Haley received most of his fame from his superhit songs 'Skinny Minnie', 'See You Later, Alligator', and 'Shake, Rattle, And Roll'. Bill is also known for selling the highest number of records across the globe, he had sold over 60 million records.

What awards did Bill Haley win?

Bill Haley has won the NME Award for World Music Personality. He was also introduced to 'Grammy Hall of Fame' in 1982.

When Bill Haley was only four years old, he had to undergo an inner-ear operation, that led to his blinding of the left eye.
Singer Bill Haley died at the age of 55 on February 9, in 1981. Before his death, he had sold more than 60 million records.
Bill Haley was one of the richest singers of his era with a net worth of $1.5 million.