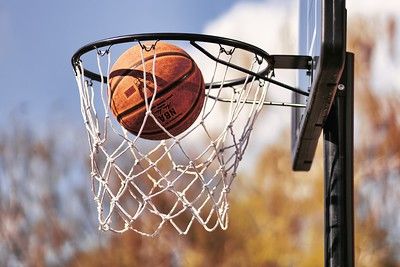 Bobby Hurley started his career as a professional basketball player in the NBA in the United States of America.

Belonging to a basketball-playing family in New Jersey, Bobby Hurley was coached by his father from a very young age. While studying in school and college, he kept on practicing and participated in numerous tournaments.

After graduating from Duke University, he began his NBA career with the Sacramento Kings. After years of playing, he finally retired as a basketball player. Later, he became an assistant coach to a men's basketball team at Wagner College and then a full-time coach at Arizona State. Whichever teams he coached performed tremendously well in several national championships. To date, Bobby Hurley is known for his impeccable contribution to the basketball field.

What is Bobby Hurley’s net worth?

Through his incredible career as a basketball player and later a basketball coach, Bobby Hurley has successfully created a net worth of $9 million as per records of 2021.

How much does Bobby Hurley earn per year?

Bobby Hurley earns a whopping $2.35 million as his yearly salary after becoming a basketball head coach for NBA.

How tall is Bobby Hurley?

How old is Bobby Hurley?

Bobby Hurley was born to American parents Bob Hurley and Christine Hurley, in Jersey City, New Jersey, in the United States of America. His father was also a basketball player who later became a basketball coach and headed 26 state championships over 39 years. Bobby Hurley has a sister named Melissa and a brother, Dan Hurley. The latter also played basketball at high school and later became the head coach of the men's basketball team at the University of Connecticut.

Bobby Hurley studied at St. Anthony High School in Jersey City, New Jersey. His father, Bob Hurley, coached him, and he acquired the skills needed to play basketball at a very young age. After graduating from St. Anthony high school in 1989, Bobby Hurley went to study at Duke University. His terrific performance at the Duke University basketball tournaments gave him the confidence to take on basketball as his full-time career.

Who is Bobby Hurley’s partner?

After a short courtship period, Bobby Hurley tied the knot with Leslie Hurley on November 2, 1995. After that, the couple became parents to three children: Sydney Hurley, Cameron Hurley, and Bobby Hurley.

In 1993 under the NBA draft, Bobby Hurley was selected by the Sacramento Kings in the first round, seventh pick, and overall seventh. But after his selection into the Sacramento Kings, he met with an unfortunate car accident where he suffered from almost-fatal injuries. He somehow got saved by one of his Sacramento kings teammates and could not play for over a year. He re-established his NBA career from the 1994-1995 season and played till 1998. That year, he played for the Vancouver grizzlies and then retired as a basketball player.

At present, not much is known about whether Bobby Hurley is involved with any charity organizations or not.

What awards has Bobby Hurley won?

Coming from a family where the love for basketball lies in the genes, Bobby Hurley was introduced to the play at a very young age. Throughout his childhood and teenage years, he showed a lot of interest in playing basketball and enriching his play strategies and skills by learning from his father. Later his hobby became his profession. He is also a true family man who loves to spend quality time with his wife and children.

We would love your help! If you have a photo of Bobby Hurley, either of them alone or a selfie that you would be happy to share, please send it to [email protected]. If you have knowledge or information that you think would help us improve this article, please contact us.