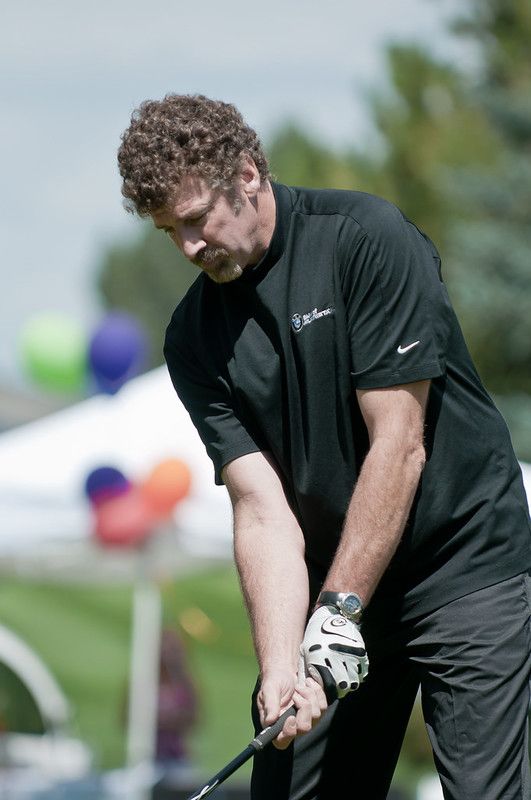 Boris Said is quite a popular Race Car Driver from the United States of America best known as 24 Hours of Daytona winner in 1997 and 1998. Being born on September 18, this man has the zodiac sign of Virgo. And as someone said, like father, like son. His father used to be a Formula One Racer known as Bob Said. In 1995, he entered the world of NASCAR racing in the Craftsman Truck Series at Sears Point International Raceway, driving the No. 4 Ford F-150 under Irvan-Simo's association. Said ranked in 6th position, but several hours after the race was already over, it came to light that there was a scoring error, and he was pushed down the 31st position.

What is Boris Said’s net worth?

Boris Said is considered among some of the wealthiest Race Car drivers. And according to the sources, his estimated net worth is approximately around $6 Million.

How much does Boris Said earn per year?

It is difficult to talk about the accurate earnings of celebrities because their salaries aren't fixed and depend on many factors. For Boris Said, the primary source of his income comes from his racing career, which was supplemented by sponsorships.

How tall is Boris Said?

Boris Said's accurate height and physical measurements are unknown, but he is a man with a relatively healthy build and height that is a bit above average.

How old is Boris Said?

He graduated from Princeton University.

He won the race in his truck racing career at Sears Point. Along with the pole at Topeka, he entered the Busch Series at Watkins Glen International Raceway. Though he finished at a position of 40 using the Zippo Chevy, whose owner was Jimmy Spencer.
As discussed earlier, just like his father, Boris Said was also a Race Car Driver. Just the difference between his father, Bob Said, and he was that his father used to be a Formula One driver who was also a Bobsled Driver at US Olympics in the year 1968 and 1972. His NASCAR career mainly started because of his prior experience in extensive racing.
He won his first NASCAR national-level race at the NAPA Auto Parts 200 in 2010 in Montreal.
He is best known as the 24 Hours of Daytona winner in 1997 and 1998.
Said made a comeback to his truck racing series in 1999, continuing it for six more events only. And driving under Bobby Rahal and Irvan Simo, he captured the poles for his team at Topeka and Portland, respectively. At the Watkins Glen, if it wasn't for his damaged engine of the Ford, he would have led the laps and qualified on the outside pole.
Boris Said is famous for his skills with sports cars.

There are no details available regarding the charitable initiatives undertaken by Boris Said.

What awards has Boris Said won?

He won the 24 Hours of Daytona for two consecutive years, in 1997 and 1998. He was also the winner of the 12 Hours of Sebring during the winter season of 1998. He won two awards for two consecutive years again in the early 2000s. In 2004, he won the Rolex Sports Car Series GT Class Champion, and a year later, in 2005, he again brought in the trophy for 24 Hours Nürburgring.

Boris has a lot of hobbies, just like any other person. He enjoys acting a lot as well as some sports to some extent. He is pretty interested in weight lifting and is in touch with the sport now and then. Though an interesting fact is that Said was interested in motorcycle racing in the early days. He also met Bob Sharp, the SCCA Champion at a Grand Prix in 1985.