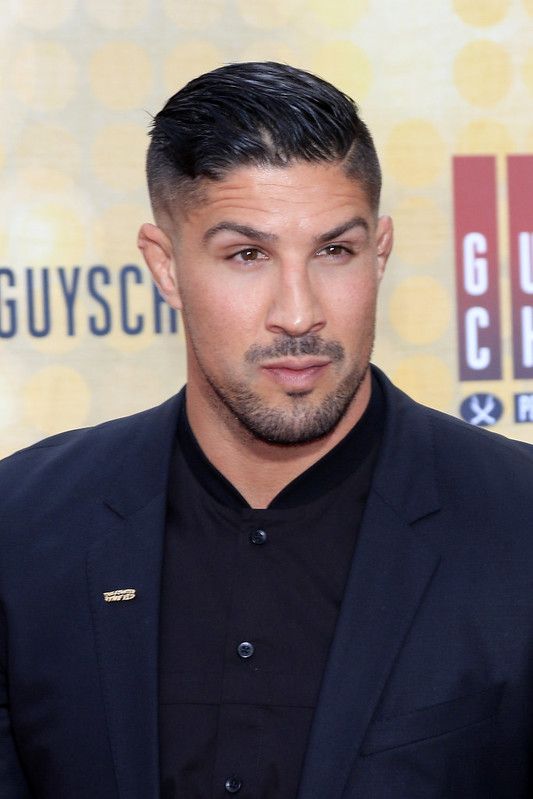 Brendan Schaub is a former American football player and UFC champion who is currently a podcast host and stand-up comedian.
Schaub started out his career as a professional football player, before switching to MMA and being signed by UFC. He retired in 2014, after which he began to concentrate on his comedic abilities.
Today, he is the host of several podcasts, works as a commentator for sports and entertainment events, and is a stand-up comedian. His journey from aspiring football player to a man of the media is quite interesting.
To learn more intriguing facts about this man of many talents, read on.

What is Brendan Schaub's net worth?

Brendan Schaub's current net worth is around $2 million.

How much does Brendan Schaub earn per year?

According to sources, Brendan Schaub earns around $475,000 each year from his podcast and endorsement deals.

How tall is Brendan Schaub?

How old is Brendan Schaub?

Brendan Schaub was born in Aurora, Colorado on March 18, 1983, where he spent most of his childhood. He was born to an American father, Peter Schaub, and a British mother, Debra Schaub. Altogether, Schaub is of Italian, English, and German descent. He has a brother named Jay Schaub. He attended Overland High School, where he was on the varsity lacrosse team for two years and played varsity football for one year, demonstrating his athletic skills.
After graduating from high school, Brendan Schaub attended Whittier College in California, where he applied for and was accepted on both lacrosse and football teams. After spending two years at Whittier, he transferred to the University of Colorado to play college football full-time.

Who is Brendan Schaub dating?

Brendan Schaub is married to Joanna Zanella, with whom he has been in a relationship for many years. The pair have two sons together, named Tiger and Boston.

After graduating from college, Brendan Schaub tried out for the 2006 NFL Draft but, unfortunately, was not selected by any team. However, the Arena Football League's Utah Blaze signed him and then released him in November before he made it onto the roster. Utah Blaze signed him again for the 2007 season but released him almost immediately for unknown reasons. He was also part of the Buffalo Bills practise squad for the NFL, but never made it onto the field with them. After this series of unsuccessful attempts to play professional football, Brendan Schaub retired from the sport entirely in 2007.
He then moved back to Colorado, where he began training in martial arts, namely Brazilian jiu-jitsu and boxing. He competed in the Colorado novice-division Golden Gloves heavyweight title after a mere six months of training and won first place. This win motivated him to take his martial arts career further, and he began training seriously at the High Altitude Martial Arts Centre and Grudge Training Centre, where he met UFC champion, Shane Carwin. The two helped each other train and became very good friends during this time period.
Brendan Schaub then began to participate in mixed martial arts (MMA) professionally and won the Ring of Fire heavyweight title on his first try.
He signed with the Ultimate Fighting Championship (UFC) to compete in the 10th season of 'The Ultimate Fighter' in 2009. He made his way to the finale, where he fought against Roy Nelson. Unfortunately, he was knocked out in the first round and came second overall.
He continued to participate in UFC bouts and championships until 2014, when he was knocked out in the first round of a fight. A couple of days after the match, he appeared on a comedy podcast with UFC commentator, Joe Rogan, who advised him to retire from MMA and focus on hosting their podcast instead, as his comedy was quite strong.
Brendan Schaub seemed to take the words to heart and announced his official retirement on October 10, 2015, on Joe Rogan's podcast. However, he continued his jiu-jitsu training and received his jiu-jitsu black belt on May 29, 2021.
Overall, Schaub ended his MMA career on a high, with more wins than losses. He had 10 wins and five losses at the end of his career.
Besides being an MMA fighter, Brendan Schaub also had a budding comedy career on the side. He began his first podcast in 2013 alongside stand-up comedian Bryan Callen, called 'The Fighter and The Kid', which was picked up by Fox network. The two also toured together to perform live stand-up comedy. Schaub also began a solo podcast, titled 'Big Brown Breakdown', in 2016, which focused on martial arts. The podcast was renamed 'Below the Belt with Brendan Schaub' in 2018, under a partnership with Showtime, who also released a web series of the same name with Schaub acting as the host.
Schaub and podcast comedian ,Theo Von, created a new podcast, 'King and the Sting', in 2018.
Brendan Schaub also began to pursue stand-up comedy in 2014, once he retired from his MMA career. He made his solo comedian debut in 2016, at The Comedy Store club in Los Angeles. He also released a comedy special titled 'You'd Be Surprised' in 2019, which was produced by Showtime.
Brendan Schaub has made several other appearances in media, mainly working for E! Entertainment as a co-host for popular celebrity events such as the Golden Globes, Grammy Awards, and Awards. He also served as a panelist on Bravo networks' 'Bravo's Play-By-Play'. Schaub made an appearance in the 2015 comedy zombie movie, 'Range 15' and also appeared in David Ayer's 2020 movie, 'The Tax Collector'. So, it seems like we will be seeing more of the former sportsperson on the big screen very soon.

Brendan Schaub is extremely charitable and is known to have donated to the charities, Doctors Without Borders, the Colorado Humane Society, and SPCA.

What awards has Brendan Schaub won?

Over the course of his MMA career, Brendan Schaub won the Colorado Heavyweight Golden Gloves in 2008, the Ring of Fire Heavyweight Championship, and the UFC's Knockout of the Night Award against Mirko Cro Cop in March 2011.

Brendan Schaub has shared that he loves cars and fashion, alongside his passion for martial arts and stand-up comedy.
He also loves watching football and supports the NFL Cleveland Browns team.