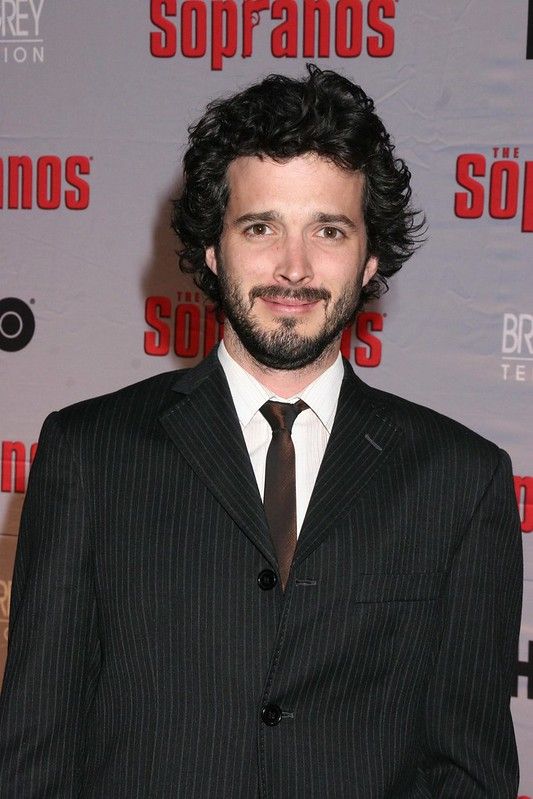 Bret is an Academy Award winner. Bret Mckenzie is a part of well-known pair with college friend Jemaine Clement. Together they started the band, Flight Of The Conchords. He is also a music supervisor, musician, and former actor. He appeared in notable movies like 'The Lord Of The Rings' and 'The Hobbit'. The Conchords duo was seen on 'The Late Late Show With Craig Ferguson', 'The Late Show with David Letterman', and 'Late Night with Conan O'Brien'. Bret Mckenzie was also seen in a New Zealand feature film 'Two Little Boys' released in 2012. He got a chance to work with an Australian comedian, Hamish Blake.

What is Bret Mckenzie’s net worth?

Bret Mckenzie earned fame through the famous band, Flight Of The Conchords. As of June 2022, Bret Mckenzie has $8 million of net worth.

How much does Bret Mckenzie earn per year?

Bret earns majorly through his comedy shows, albums, and tours. However, there is no exact information about his salary per year.

How tall is Bret Mckenzie?

How old is Bret Mckenzie?

Bret Mckenzie's birthplace is Wellington. Bret was raised with his brothers in Kelburn. His parents are Peter McKenzie and Deirdre Tarrant. Peter is a part-time actor, his mother is a dance choreographer and teacher. He has two brothers, Justin McKenzie and Jonathan McKenzie.

Who is Bret Mckenzie’s partner?

Bret Mckenzie is married to Hannah Clarke. She is a publicist. Bret and Hannah happen to be childhood sweethearts. They have been dating for a while, and he married Hannah on March 18, 2009. They have two children, Leo Mckenzie and Vita Mckenzie.

Bret Mckenzie is an award-winning comedy singer. Bret has made a notable presence in the music industry. This helped him achieve officer of the New Zealand Order of Merit during the Queen's Birthday 2012 and Diamond Jubilee Honours. He and Jemaine Clement were the first individuals of the comedy troupe, So You're a Man. They later formed the comedy musical band, Flight Of The Conchords, in 1998. They rose to fame, and their world tour was quite a success. Folk The World Tour, The Distant Future, Flight Of The Conchords, and I Told You I Was Freaky were the four album CDs by them. These were shot in studio albums.

Jamie Clement has also done voice-overs for several films and television shows. These include 'Moana', 'The Lego Batman Movie', 'Rio', and 'Despicable Me'. Bret, and other musicians, gave the music and songs for The Simpsons in 'Elementary School Musical', 'Panic On The Streets Of Springfield', and The Simpson's 'Friend With Benefit' episodes. He even played in the tv series the character of Kurt Hardwick.

Bret has written songs for several films like 'Dora And The Lost City Of Gold' and 'The Pirates! Band Of Misfits'. He is in the process of making and releasing a new album. Bret will follow a tour after his new debut solo release of 'Songs Without Jokes'. The tour will include North America, Great Britain, New Zealand, and Ireland.

In an interview, Jemaine talks about Bret being unable to reply to his emails about the reunion. There is also an interview about his presence in 'What We Do in the Shadows' as a vampire. For people who are unaware, Jemaine told everyone via tweets and an interview that Bret was a part of the mockumentary. However, Bret laughed throughout, which was why he was not in the series. However, Bret was a part of the short film when it was in the testing phase.

Bret Mckenzie was a part of a charity supergroup with Jemaine Clement. They sang 'Feel Inside (And Stuff Like That)' which was the charity single comedy song. The proceeds were used for the benefit of the charity Cure Kids. It is a part of New Zealand children's health research. The song was listed on New Zealand Top 40. They were able to raise $1.3 million for the fundraiser campaign.

What awards has Bret Mckenzie won?

Bret Mckenzie rose to fame with Flight Of The Conchords. This comedy duo have won various awards for their comedy album. One of the released CDs in 2007 'The Distant Future' got them a Grammy Award For Best Comedy Album.

Bret Mckenzie was honoured with the New Zealand Music Awards for 'Flight Of The Conchords'. He won the Album of the Year, Best Group, Breakthrough Artist of the Year, and International Achievement. In 2013, he won the Highest Selling New Zealand Single for a charity single 'Feel Inside'.

He won the Best Original Song Academy Award for 'Man or Muppet' in 2011. This was for
Motion Pictures. Similarly, he won the Critics Choice Movie Award for Best Song for the song 'Life's A Happy Song' in 2011.

Bret Mckenzie was quite an enthusiast since childhood. He loved to learn and play different musical instruments. He was always a good guitarist. During his free time or when he is not working, he spends time with his family.

His new debut album 'Songs Without Jokes' will be released on August 26, 2022.

He has a dog named Rosie.

As of June 2022, Bret resides in Wellington with his family.

Bret has won Oscar for the 'Man or Muppet' song.

Bret Mckenzie's new song 'Dave's Place' has a huge liking from his fans on social media. It is a tribute to his late audio engineer Dave Bianco.