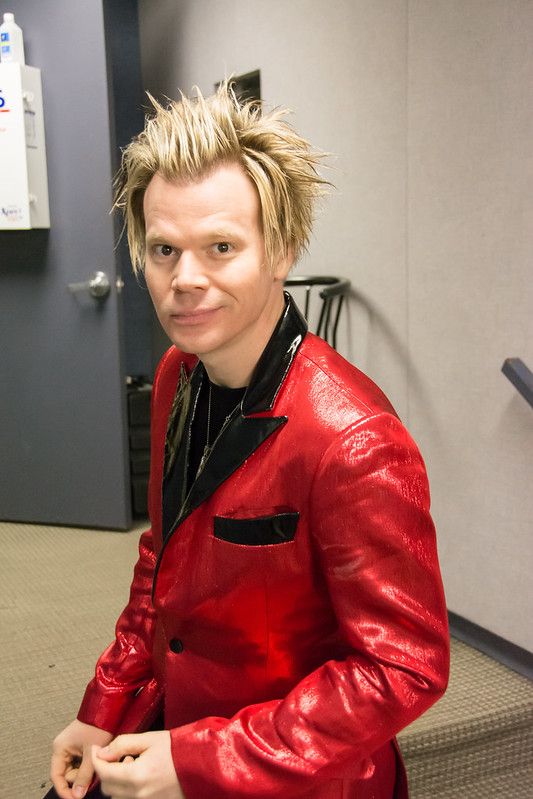 Brian Culbertson is an American musician, producer, and composer from Decatur, Illinois.

On January 12, 1973, Brian Culbertson was born in Decatur, Illinois. His father was a trumpeter, and his mother was a vocalist. He started playing the piano at the age of eight and went on to study jazz. When he was done with college, he went to Los Angeles regarding his music career.

Brian Culbertson has released 20 albums since his debut in 2001. His latest album 'Somethin' Bout Love' was released in 2017 and reached number one on the Billboard Contemporary Jazz Albums chart. He has won numerous awards, including an NAACP Image Award and a Soul Train Music Award. He was given a Grammy Award as well.

What is Brian Culbertson’s net worth?

How much does Brian Culbertson earn per year?

Brian Culbertson earns his wealth from album sales, touring, and merchandise sales. His yearly income is not revealed yet in the public database.

How tall is Brian Culbertson?

The height of Brian Culbertson is not revealed in the media.

How old is Brian Culbertson?

On January 12, 1973, Brian Culbertson was born in Decatur, Illinois. From a very early age, Brian Culbertson started growing a taste for music. From the age of eight to 10, he learned to play piano, drums, and trombone. By the time he was in high school, he had started playing bass and euphonium.

Brian Culbertson went to MacArthur High School, where his father used to work as a music teacher. In high school, he started his career as a trombonist in the orchestra of the musical Mame. During his teenage, he used to listen to Earth, Wind & Fire, George Duke, Marcus Miller, Chicago, The Yellowjackets, Sanborn, and Sting. He graduated from DePaul University, Chicago.

Who is Brian Culbertson’s partner?

Brian Culbertson and Michelle Culbertson or Micaela Haley are known to be in a marital relationship. His wife helped him with background vocal tracks in his recordings.

In 2013, Brian Culbertson started working on his 14th album, 'Another Long Night Out', which was related to his roots in contemporary jazz. Brian Culbertson released it on February 25, 2014. When Brian Culbertson was with Yoshi's club, he posted the live album, '20th Anniversary Tour'.

After the 10th wedding anniversary, Brian Culbertson and Michelle Culbertson started preparing themselves. At the event Sinbad, the comedian and artist like Eric Marienthal were supposed to do live performances. The long night of the event also had Oleta Adams, Kenny Lattimore, David Benoit, and Eric Darius performing. The Culbertson couple accommodated many food and wine events for victuals, including Miner Family Vineyards, Caldwell-Snyder Art Gallery, Cindy Pawlcyn's Brassica Restaurant, and Silo's Napa. After they announced the event publicly, the tickets for the inaugural event were sold out in a few days, and it became a commercial and critical success.

In this event, they mentioned that it was going to happen again next year, from June 5 - June 9, 2013, at Napa Valley Opera House. For the next year, they accommodated Lincoln Theater in addition. Many musical artists like Rick Braun, Take 6, Eric Darius, Chris Botti, Kirk Whalum, Larry Graham Jr., Ray Parker Jr., Graham Central Station, DW3, Cecil Ramirez, and Michael Lington were to come to perform.

What awards has Brian Culbertson won?

In 2012, for the Best Jazz Album, Brian Culbertson was nominated for NAACP Image Award, and for being the Best Contemporary Jazz Artist, he got the Soul Train Award. In 2005, he got ASYM All That Jazz.

Brian Culbertson indulges in music, but his free time goes towards learning new music techniques from his preferred genres and learning to play instruments. However, music is the thing he enjoys the most.