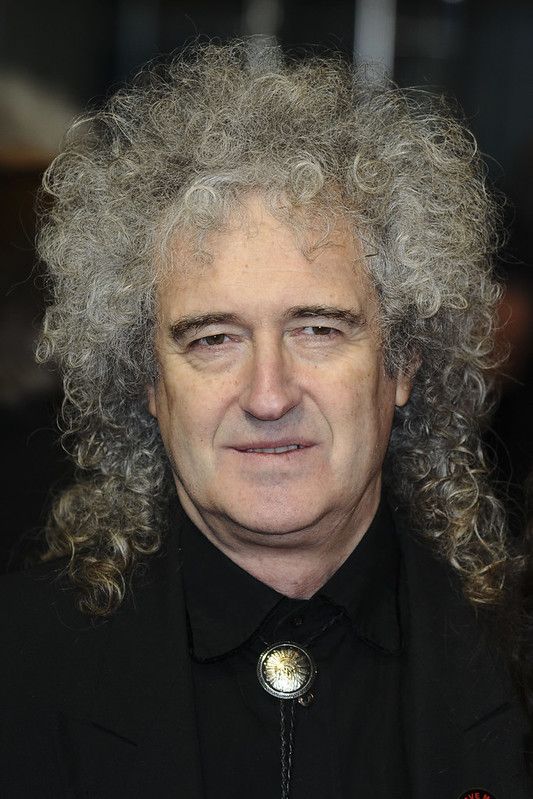 James May, Emily Ruth May, Louisa May

Brian Harold May is a British musician, singer, songwriter, and astrophysicist best known as the lead guitarist for the rock band, Queen.
Queen was co-founded by May, lead singer Freddie Mercury, and drummer Roger Taylor. His songwriting skills aided Queen's rise to the status of one of the most successful bands in rock history.
May had previously performed with Taylor in the band Smile, which he joined while still in college. Following Queen's foundation in 1970, bassist John Deacon joined the band in 1971 to round out the lineup. With the success of their album 'A Night At The Opera' and its hit 'Bohemian Rhapsody,' they became one of the world's biggest rock bands. From the mid-1970s to the early 1990s, Queen performed at some of the world's most prestigious venues, including Live Aid in 1985.
May rose to prominence as a brilliant musician as a member of Queen. He was known for his distinct sound, which he achieved through layered guitar work, which he frequently performed on a home-built electric guitar known as the Red Special.
May wrote many Queen singles, including 'We Will Rock You,' 'I Want It All,' 'Fat Bottomed Girls,' 'Flash,' 'Hammer To Fall,' 'Save Me,' 'Who Wants To Live Forever,' 'Too Much Love Will Kill You,' and 'The Show Must Go On.'

What is Brian May’s net worth?

How much does Brian May earn per year?

How tall is Brian May?

How old is Brian May?

Harold May and Ruth Irving had only one child, Brian May (Fletcher). Brian Harold May is his full name. His father worked in the Ministry of Aviation as a draughtsman. A Scottish mother and an English father gave birth to him in the United Kingdom. He was born in London and currently resides in South East England.
Brian attended Imperial College to study physics and mathematics in terms of education. He earned a Bachelor's degree in science (Hons). He completed a Ph.D. in astrophysics from Imperial College. Brian's thesis titled 'A Survey Of Radial Velocities In The Zodiacal Dust Cloud' was published in 2008.

Who is Brian May’s partner?

Brian and Christine Mullen dated for seven years before marrying in 1976. They have three lovely children together. Unfortunately, they divorced in 1976. Now, Brian has been married to Anita Dobson since the year 2000.

Brian has written 22 'Top 20 Hits' for Queen, including the powerful ballads 'Who Wants To Live Forever,' 'No-One But You,' and 'Save Me,' as well as the anthems 'The Show Must Go On,' 'I Want It All,' and 'We Will Rock You,' which inspired the Queen/Ben Elton hit musical, which had an unprecedented 12-year run at London's Dominion Theater alongside numerous worldwide productions.
Brian and Roger sang the iconic sports song 'We Will Rock You' live during the London 2012 Olympics closing ceremony, watched by an estimated one billion people.
His songs inspire new generations of musicians, with recordings by artists as diverse as Elton John, Def Leppard, The Royal Philharmonic Orchestra, Shirley Bassey, and Eminem. Brian has worked with diverse musicians, including Robbie Williams, the Foo Fighters, Cliff Richard, Guns N' Roses, Diana Ross, and Luciano Pavarotti.
He was also honored to perform the feature guitar on the Winter Olympics 2002 opening music, 'The Fire Within,' composed by his friend and colleague, the late Michael Kamen. Perhaps the most outstanding example of Brian's distinct style and musicianship was his live performance from the top of Buckingham Palace of his arrangement of 'God Save The Queen' to kick off HM, the Queen's 2002 Golden Jubilee celebration, in front of an audience.

Details on his charity work are unavailable.

What awards has Brian May won?

Brian has had a lot of fun composing, producing, recording, and touring.

Other Interesting Brian May Facts And Trivia