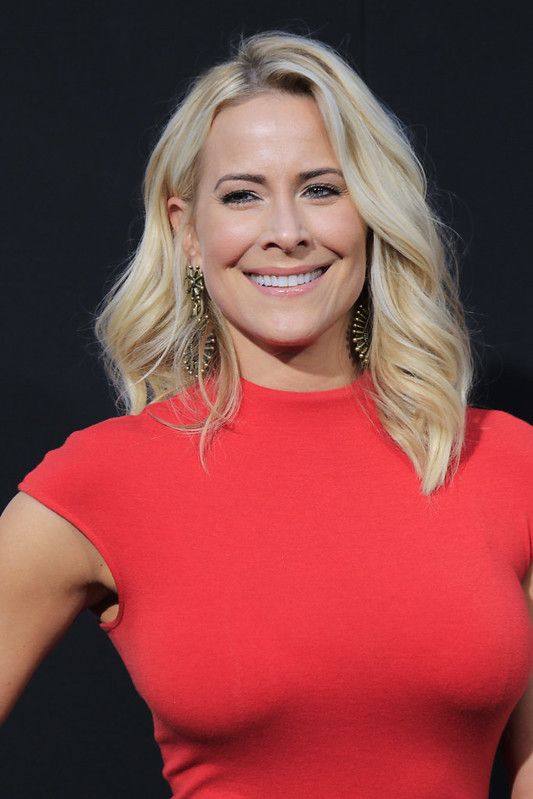 She is one of the finest and most popular actresses of American television. Daniel is best known for her appearances as Jessica Wakefield on the adolescent drama 'Sweet Valley High' (1994–1997) and Kelly Pitts on the CW/BET comedy-drama 'The Game' (2006–2011 and 2014–2015).

Cynthia Daniel is a photographer and a former actress who is the twin sister of Brittany Daniel. Being twins and working in a similar area has piqued people's interest in learning more about the twin sisters. She is also popular on social media sites like Instagram, having 293,000 followers.

What is Brittany Daniel’s net worth?

Brittany Daniel made her debut in acting in the 1989 comedy, 'The New Leave It to Beaver' and has continued to perform in this area ever since.

She has already starred in a number of films and television shows. Brittany Daniel's has an estimated net worth of $4 million.

How much does Brittany Daniel earn per year?

It is estimated that Brittany Daniel earns approximately $600,000 in a year.

How tall is Brittany Daniel?

How old is Brittany Daniel?

Brittany Daniel was born on March 17, 1976 in Gainesville, Florida, to Carolyn Daniel and Charlton Bradford Daniel Jr., who was campaigning for Mayor of Gainesville at the time.

Her father was diagnosed with cancer and died in 2008. Cynthia Daniel is her twin sister who is a former actress and photographer, while Brad is her older brother.

Brittany Daniel graduated from Gainesville High School. Soon after, the twin sister began modeling and started their career in the film industry at a young age. Both Brittany and Cynthia were signed by The Ford Modeling Agency in New York City when they were just 11 years old. They were also featured in the adolescent magazines Seventeen and YM in the United States. They were known as the Doublemint Twins, as they appeared in an advertisement for Doublemint gum.

This way they kicked off their career in American television and acted not just in television series but also a lot of popular movies. Daniel stated in March 2014 that she was diagnosed with stage IV non-lymphoma Hodgkin's in 2011 and received treatment for it. She had been free from it since 2014.

Who is Brittany Daniel’s partner?

From 1995 to 1995, Brittany Daniel was in a relationship with Orlando Jones.

Brittany Daniel got married to Adam Touni on July 29, 2017, after dating him for seven months.

Brittany Daniel earned the part of Jessica Wakefield in the television series 'Sweet Valley High' after graduating from high school.

Jessica's twin, Elizabeth, was played by her twin sister Cynthia. While working on the set of 'Sweet Valley High', the sisters made their cinematic debut opposite Leonardo DiCaprio in the drama 'The Basketball Diaries' (1995).

Brittany Daniel made her debut as a film actress in the 1989 comedy drama 'The New Leave It To Beaver', and she has been working in this area ever since. Three years later, she received an opportunity to work in the TV series of drama 'Swan's Crossing' as Mila Rosnovsky. In 1994, she got her role as Jessica Wakefield, one of the twin sisters, with her sister Cynthia in the TV series drama 'Sweet Valley High' (1994-1997), which significantly enhanced her net worth and signaled her debut as an actor.

Brittany Daniel pursued fresh opportunities when the program ended, and in 1999 she appeared in the TV series 'Dawson's Creek'. Her career took off when she began to act in high-profile films and television programs. This began with a part in 'Joe Dirt' (2001) starring David Spade and Dennis Miller, and then continuing with roles in 'That ’80s Show' (2002), 'Club Dread' (2004), 'Dirty' (2006) and 'Hillside Strangler Murders' as Samantha Stone (2005).

Daniel's net worth skyrocketed in 2006 when she was cast in the role of Kelly Pitts in the TV series 'The Game', where she lasted until 2015 and appeared in 80 episodes of game. She participated in many more films while on the program, including 'Totally Awesome' (2006), 'Loveless in Los Angeles' (2007), and 'Skyline' (2008). Her most recent on-screen appearance was in the TV series 'Black-ish' (2016), where she played Blair for a brief time, which helped to cheval her net worth.

Brittany Daniel has garnered a number of nominations and awards for her role on 'Sweet Valley High', including the Young Artist Award for Best Performance: Young Actress in a TV Comedy Series. She is also quite popular on social media platforms like Instagram, having an enormous fanbase of 293 thousand followers.

What awards has Brittany Daniel won?

Brittany Daniel was nominated for a Young Artist Award in the category of Best Young Actress in an Off-Primetime Series in 1995 for her role in 'Swan's Crossing', and she was nominated multiple times during her career. For 'Last Of The Romantics', she earned the New York International Independent Film & Video Festival's Best Actress Award in 2007.

In that same year, she was nominated for an MTV Movie Award for 'Little Man' in the category of Best Kiss.

Brittany Daniel enjoys seeing new locations and learning about them.

Her favorite activities include rock climbing and roller skating.