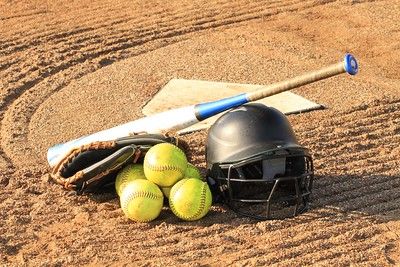 He was born on April 16, 1955, in Landes de Boussac, Bussac-Forêt, France. His full name is Bruce Douglas Bochy but nicknamed Boch and Headly.

From 2007-2019, Bruce was the manager of the San Francisco Giants of Major League Baseball (MLB). He was a catcher with the Houston Astros, New York Mets, and San Diego Padres during his professional career. He was the Padres' manager for 12 seasons and became the Giants' manager. He had guided the Padres to one World Series victory and three World Series championships with the Giants. Continue reading to learn more about Bruce Bochy and his net worth.

What is Bruce Bochy net worth?

Bruce Bochy's net worth is approximately $4 million. His primary source of income is as a successful player.

How much does Bruce Bochy earn per year?

Bruce Bochy earns a significant amount of money from his career.

His exact annual income is not known.

How tall is Bruce Bochy?

How old is Bruce Bochy?

At a young age, Bruce Bochy acquired a passion for baseball.

As he grew older, he relocated around a lot. Although he was born in France, his family has lived in the Panama Canal Zone, South Carolina, and Northern Virginia.

His parents relocated to Melbourne, Florida after Bruce's dad retired. He finished from Melbourne High School, where he played baseball with Saturday Night Live's Darrell Hammond. He went to Brevard Community College and Florida State University. From there, Houston Astros selected Bruce Bochy in the first round (24th overall) of the 1975 Supplemental Draft.

Who is Bruce Bochy's family?

Bruce Bochy was born on April 16, 1955, in the French province of Landes de Bussac, where the US base was located.

Bruce's birth name is Bruce Douglas Bochy. He is the son of Sergeant Major Gus Bochy and Melrose

His father was posted at the US airfield and was a West Virginia native who operated in coalfields and died in one. Joe, Terry, and Mark Bochy are Bruce's three siblings. Joe, his elder brother, was a minor league catcher for the Minnesota Twins before becoming a pro scout for the Padres and Giants.

Who is Bruce Bochy’s partner?

He has a wife named Kim Seib. In 1975, he dated Kim Seib at Brevard Community College, and the two married in 1978.

Greg and Brett and their two boys live in Poway, California. Greg Bochy played minor league baseball with the San Diego Padres for numerous seasons, while Brett Bochy was picked by the Giants in 2010. This made Bruce Bochy the first manager to hand the ball to his kid heading out of the bullpen on September 13, 2014.

In the Game Four of the 1980 NLCS against the Philadelphia Phillies, Bruce was at the back of the base for the Astros when Pete Rose jumped towards him to score the game-winning race in the highest part of the 10th inning. In 1985, he topped the lone knock base hit permitted in Nolan Ryan's tenure, a 10th-inning pass base hit against the Houston Astros.

After resigning as a player, Padres' operations manager Jack McKeon engaged Bruce Bochy to supervise the league organization. He began the 1989 season as an assistant coach with the Class-A Riverside Red Wave before taking over as manager of the Short-Season Class-A Spokane Indians, and he led them to their third successive tournament.

In 1990, Bruce turned into the Red Wave's manager, and in 1991, he followed the group to Adelanto, California, where they were renamed High Desert Mavericks. In 1992, he got the position of the manager of the Double-A Wichita Wranglers, and he took them to the Texas League title.

In 1993, the San Diego Padres picked Bruce Bochy to be the group's third-base mentor under new administrator Jim Riggleman following four years of overseeing minor league teams. The Padres named Bruce as their new director for the 1995 season after Riggleman in the 1994 season.

After the 2006 season, Bochy left the San Diego Padres for the San Francisco Giants. He completed his Padres career with a standard season record of 951-975 and a post-season record of 8-16. He likewise managed the 2004 and 2006 MLB All-Stars in the Major League Baseball Japan All-Star Series while with the Padres.

In 2006, Bruce Bochy endorsed a three-year agreement to take over as the Giants' new manager, supplanting Felipe Alou. With Mike Scioscia venturing down as administrator of the Los Angeles Angels on the last day of the 2018 MLB season, Bruce began the 2019 season as the baseball manager with the longest era.

In 2015, Bruce won the 700th game as Giants manager. He had surgery to have two implants put in a 90% reduction of clogged blood arteries. He was admitted to the hospital for an abnormal breathing rate and had a cardioversion operation, which caused him to lose one tournament. The following year, he recorded his 800th win as Giants manager.

In 2017, he had a mild cardiac treatment to relieve pressure and lost two matches as a result. Thereafter, he had another ablation treatment to address an irregular heartbeat.

Bruce Bochy won over the San Diego Padres and outperformed Baker to turn into the unsurpassed San Francisco Giants administrative successes leader. He dominated his 900th professional match as manager of the San Francisco Giants, making him the first in Major League history to dominate 900 matches with two unique groups.

On February 18, 2019, Bruce Bochy announced his resignation. He is the 11th baseball manager to win 2,000 matches. All ten of the previous managers have been inducted into the Hall of Fame. However, on December 9, 2019, he was appointed manager of the France national baseball team.

What awards has Bruce Bochy won?

We would love your help! If you have a photo of Bruce Bochy, either of them alone or a selfie that you would be happy to share, please send it to [email protected]. If you have knowledge or information that you think would help us improve this article, please contact us.