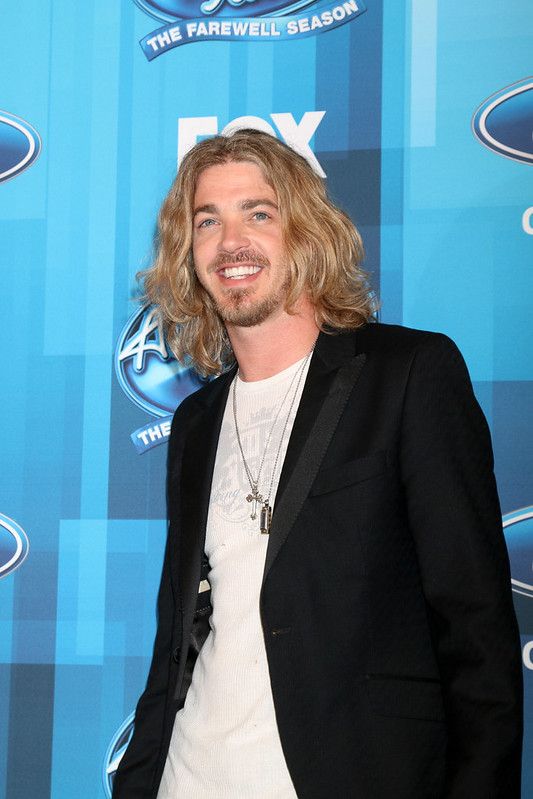 Do you know who Bucky Covington is?
Bucky Covington is an American country singer and songwriter who rose to fame after appearing on the fifth season of 'American Idol'. Over the years, he has released several albums, and his music has been featured on television shows such as 'The Hills' and 'Nashville'.
In this article, we'll take a glance at Bucky's career and life in greater detail. We will also discuss his net worth and other interesting facts about him!

What is Bucky Covington’s net worth?

Bucky Covington's net worth is estimated to be $6 million. He has earned most of his money from his music career.

How much does Bucky Covington earn per year?

It is estimated that Bucky Covington earns around $400,000 per year.

How tall is Bucky Covington?

How old is Bucky Covington?

On November 8, 1977, in Rockingham, North Carolina, William Joel 'Bucky' Covington, and his twin brother Robert David 'Rocky' Covington were born to Gene Covington and Deborah Gates. The name Bucky was given to him by his grandfather after he was dubbed Buck. He finished high school in North Carolina, and Scotland High School in Laurinburg, in 1996. In Rockingham, North Carolina, his job was as a mechanic at Covington's Body Shop.
Covington's first major performance was at the age of 18 when he taught himself to play the guitar and started performing in clubs. He also plays the bass and drums, and writes his own songs. Covington has developed his talents over time and now performs country as well as rock music. Covington eventually opted to do a cross-genre performance of both original and cover versions. Rocky is a musician who was once the frontman for the Swamp Cat band from North Carolina.
The Covington twins were 20 years old when they were involved in a minor car accident in 1998. It is said that Bucky pretended to be Rocky during the incident. They were detained for giving the cops a hard time. Because the Covington twins are identical, the plaintiff was unable to determine which of the twin was driving.

Who is Bucky Covington's family?

Who is Bucky Covington's partner?

Bucky Covington was married to Crystal Callahan for seven years, from 1999 to 2007. In 2011, the 'American Idol' alum proposed to Katherine Cook and they later had a daughter named Kennedy Taylor Covington in 2014.

Bucky Covington rose to prominence as a finalist on the fifth season of 'American Idol', a well-known singing competition. Bucky Covington was the first person from season five to perform on a major non-'American Idol' concert tour in November and December 2006, as part of the GAC Country Music Christmas tour.
Covington negotiated with Lyric Street Records, a country music label owned by Buena Vista Music Group. On January 16, 2007, his debut single, 'A Different World', was released to country radio. Sirius Satellite Radio's New Country channel first played the song in late December 2006.
Bucky Covington's debut album, 'Bucky Covington', was released on April 17, 2007, which went to number four on the US charts. Covington began recording his second album in the studio in January 2009, according to Lyric Street. 'I Want My Life Back', the first single, was released to radio stations in April 2009 and reached number 32. The third song from 'I'm Alright', 'A Father's Love (The Only Way He Knew How)', was released in March 2010 and reached number 23 on the Billboard Hot 100.
Lyric Street Records announced its closure in April 2010, though Covington would be transferred to another Disney Music Group label. Covington, on the other hand, did not sign with E1 Music's Entertainment One Nashville label until October 2011, when it was announced that he had signed as the label's 'premier artist'. 'Good Guys', Covington's second studio album, was released on September 11, 2012.

Since 2012, Bucky Covington has worked closely with the International Association of Fire Fighters (IAFF), assisting in the provision of financial help to injured firefighters and their families. The award-winning songwriter has hosted a number of fundraisers and made it a point to visit as many burn centers and camps as possible during his travels off the road. He's also given major donations out of the money earned from his music and merchandise sales.In April 2010, the 'American Idol' finalists volunteered at a Nashville food bank to commemorate the charity-themed episode of the program. Feeding America, a nonprofit organization, was one of the beneficiaries of the 'American Idol' finalists charitable efforts.

What awards has Bucky Covington won?

Bucky Covington's self-titled debut album, 'Bucky Covington', debuted at number four on the Billboard 200, selling 61,000 copies. The album also went to number one on the Top Country Albums chart, breaking Billy Ray Cyrus' 1992 debut with 'Some Gave All', which had held the record for a male artist's debut album since its March release. Bucky Covington's debut outperformed Jason Michael Carroll's, 'Waitin' in the Country'.
Overall, the American singer produced three hit singles: 'A Different World', which peaked at number six, 'It's Good to Be Us', which reached number 11, and 'I'll Walk', which reached number 10.

It's been said that country singer, Bucky Covington, enjoys acquiring dirt bikes. Other than collecting dirt bikes, he has several interests. Bucky enjoys outdoor activities such as four-wheeling, dirt bike riding, and boats.