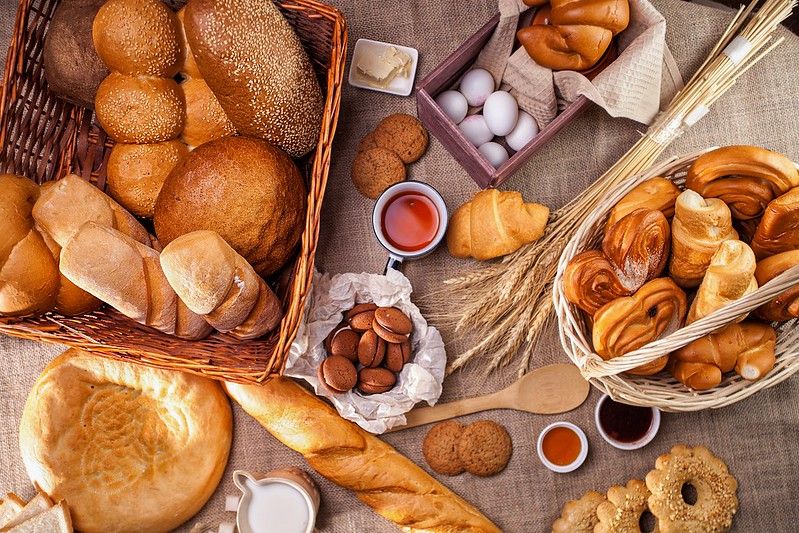 Carl Ruiz was born Carl Albert Ruiz in Passaic, New Jersey, on April 4, 1975.
Carl Ruiz was a celebrity chef and a restaurant owner who was best known for his appearance on various cooking competition TV shows on Food Network. Some of his TV shows include 'Diners, Drive-Ins And Dives', 'Guy's Ranch Kitchen', and 'Guy's Grocery Games'.
Carl Ruiz was born to a Columbian father and a Cuban mother. Growing up, he first went to the Collegiate School and then enrolled at the Institute of Culinary Education. After graduation, Ruiz worked at several restaurants, such as Dish and Sabor. Later, he and his then-wife opened their restaurant, an Italian deli called Marie's Italian Specialities.
Carl Ruiz started his professional career as a sous chef at a New Jersey restaurant called Dish. From there, he walked a long path to become a restaurant owner and one of the most famous chefs in the country.
Let's explore the biography of this celebrity chef and find out more about his age, height, childhood, net worth, and best works. So, sit tight and enjoy an entertaining and informative article on Carl Ruiz.

What was Carl Ruiz’s net worth?

It is estimated that Carl Ruiz had a net worth of approximately $3 million.

How much did Carl Ruiz earn per year?

The celebrity chef and television personality, Carl Ruiz's, annual income is not known.

How tall was Carl Ruiz?

How old was Carl Ruiz?

Carl Ruiz was born Carl Albert Ruiz in Passaic, New Jersey, in 1975 to Elisa Ruiz and Yezzid Ruiz. Both his parents were of Latin American origin. Carl's mother was Cuban, while his father was Columbian.
The chef grew up with his brother George Ruiz and went to the Collegiate School for elementary education. Interestingly, he completed his high school education at the same school. Later, Carl attended the Institute of Culinary Education located in New York City, where he received the degree of a classically-trained chef. His brother George stated that Carl's major inspiration was his mother and his grandmother's cooking skills.
After completing his higher education, Carl Ruiz joined a New Jersey restaurant called Dish and began working as a sous chef. Subsequently, he moved to another restaurant called Sabor and became an executive chef there in 2002.

Who was Carl Ruiz’s spouse?

Carl Ruiz was once a married man. He was married to Marie Riccio. The couple met and got married and were blessed with two fraternal twins named Robert V. Kirby and Michelle M. Kirby.
His ex-wife Marie Riccio, belonged to Sicilian ancestry and went to Rutgers University in Newark, New Jersey.
Carl Ruiz and Marie Riccio got divorced in 2018 for unknown reasons. Marie Riccio officially took over their restaurant business after their divorce.

After working at Dish as a sous chef and Sabor, as an executive chef, Carl Ruiz moved to Stephen's Cafe in 2002. The owner of the restaurant was very impressed by Carl and decided to make him the consulting chef. Carl Ruiz worked there for a long time and then moved to New York at the end of that decade. In New York City, Carl Ruiz was hired by the owner of a Cuban restaurant called Son Cubano. It was a restaurant in the city that contained a total of 80 seats and featured a nightclub atmosphere with live Cuban music.
By 2011, Carl Ruiz came back to New Jersey and joined Brick Oven, a restaurant in Morristown, as the executive chef. His big breakthrough came the same year when Carl and his then-wife, Marie Riccio, decided to open an Italian deli. Marie's Italian Specialities was founded on October 10, 2011.
This restaurant helped the late famous chef Carl Ruiz get acquainted with various star chefs. One such example is Guy Fieri, with whom Carl Ruiz worked with for a long time. Around that time, Guy Fieri was running a Food Network show called 'Diners, Drive-Ins And Dives'. Shortly after meeting Carl Ruiz, Guy decided to make an episode that featured Marie's Italian Specialities. The episode aired on January 21, 2013, making chef Carl Ruiz a famous television personality overnight.
The episode was a hit, which led Guy Fieri to make another episode on Ruiz's restaurant. Following this, Guy Fieri also hired the late famous chef and restaurant owner Carl Ruiz to be a judge on his other shows like 'Guy's Ranch Kitchen' and 'Guy's Grocery Games'.
In 2019, after his divorce, Carl Ruiz opened a new place in New York City, in the Meatpacking District. The specialization of this restaurant was its authentic Cuban cuisine. Ruiz named it La Cubana and became its executive chef. However, he had already become a well-known TV personality by that time and subsequently appeared in several radio shows, including 'Opie And Anthony' and 'The Opie Radio Show' aired on Sirus XM. During this period, he has also worked alongside the American comedians Vic Henley and Sherrod Small.
Finally, Carl Ruiz became a podcaster on Opie Radio after the radio show was canceled and worked there until he died in 2019. Carl is known as the best judge for judging various cooking competition television shows in the United States.