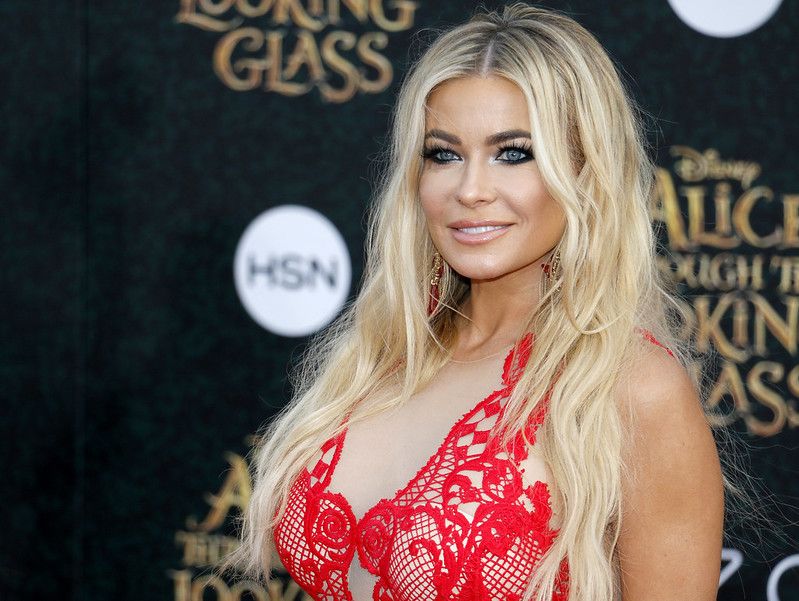 Tara Leigh Patrick, also known by her stage name of Carmen Electra, is a famous American model, singer, and actress.

She began her career by modeling in 1996 and became one of the most famous faces. Carmen Electra was also frequently seen on the pages of Playboy magazine. Please continue reading to learn more about his famous American model and actress, Carmen Electra, including her net worth, family life, early career, and awards.

What is Carmen Electra's net worth?

Carmen Electra has a net worth of about $8 million.

How much does Carmen Electra earn per year?

How tall is Carmen Electra?

How old is Carmen Electra?

The model was born Tara Patrick to Patricia Patrick, her mother, on April 20, 1972, in Ohio, US. Her father, Harry Patrick, was an entertainer, while his wife was a singer. Carmen Electra went on to study at Ann Weigel Elementary School when she started to learn dancing. Carmen Electra used to learn dance in Western Hills at a studio called Dance Artists Studio. She started her career as a dancer at Kings Island.

She then went on to attend School for Creative Arts. Worthy of note is the fact that Nick Lachey also attended this school. Nick Lachey, also an actor, collaborated with the model in the 'Peter Pan' production.

Who is Carmen Electra's partner?

Carmen Electra married Dennis Rodman in 1998 in Las Vegas. The married life was, however, short-lived since just nine days after the wedding, Dennis Rodman claimed that he was not of sound mind when he went forward with the wedding and filed for a divorce. However, the couple did go on to be together in New Year's and then four months after separated at last in April 1999. Carmen claimed that the marriage occurred in Las Vegas on short notice and was not pre-planned.

Carmen Electra then married Dave Navarro on November 22, 2003. Dave Navarro was the lead guitarist of a rock band named Jane's Addiction. However, this marriage was also short-lived as well, and then in 2004, Electra got engaged to Rob Patterson. Carmen also dated Simon Cowell for some time in between as well.

Carmen Electra started her career in 1990. She started dancing on Kings Island and performed in a show called 'Its Magic.' Carmen then went to Minneapolis and met with Prince. She signed a record along with Prince's Paisley Park Records soon after the meet-up. Carmen released her debut songs in the same year and also an album in 1993. However, this was the only album she ever released.

Carmen Electra has worked in various parody films as well. She was a cast member of the 'Scary Movie' franchise. She also appeared in 'Epic Movie' in 2007, which was not a commercial success. Aside from the 'Epic Movie,' almost all her other parody films, like the 'Scary Movie' franchise, did pretty well. Carmen Electra was also a judge in 'Britain's Got Talent' auditions which took place in London.

She also modeled for different magazines. She is most well known for her appearances in 'Playboy Magazine.' Along with this, she did many comic book covers, like 'Razor' and many more. She was also the spokesperson for Ritz Camera Centres and appeared in various ads.

She has worked in many movies, and some of her film credits include 'American Dreamz,' 'Meet the Spartans,' and 'Barry Munday.' She was also a co-host on television shows like the MTV game in 1997. The April-born star has worked in the 'Date Movie' as well. She was also seen many times collaborating with one of the most famous girl group bands of the time, the Pussycat Dolls. Carmen was also featured as a guest in the group as well.

In 2007, Carmen released her first book as well. It was titled 'How To Be Sexy.' However, the book did not do too well in the industry. Carmen also starred in 'Cheaper By The Dozen 2,' released in 2005, a family comedy movie. However, it received criticism from the majority of the audience. However, the movie did really well at Box Office, and the actress even got a lot of praise for her work on it as well.

'House,' which is one of the most well-grossing medical drama television series of all time, also cast Carmen in a guest role. She played the role of an injured golfer in the episode and also a farmer. Along with acting, she has also taken part in voice acting.

She appeared in 'The Last Dance,' which was a sports documentary mini-series released in 2020. Electra also judged on 'So You Think You Can Dance' in 2011, the franchise's eighth season. She was a guest judge on the show and made her appearance with the other regular judges.

What awards has Carmen Electra won?