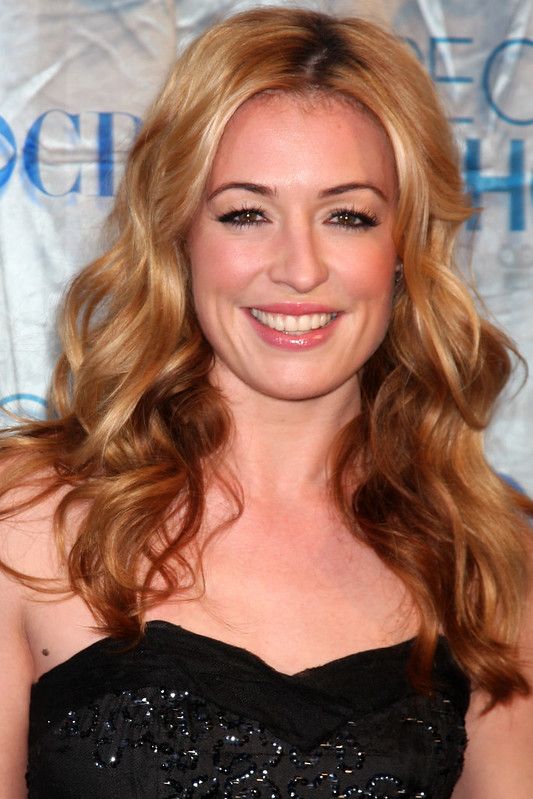 Cat Deeley, aka Catherine Elizabeth Deeley, is a well-known English television presenter best known for hosting 'Fame Academy' and ‘So You Think You Can Dance.’
Cat Deeley has not only been the host of 'So You Think You Can Dance' since 2016 but has also been nominated for the Primetime Emmy Awards five times for the same. The popular television personality has also hosted several other shows, such as 'SMTV Live' and 'Star In Their Eyes'.
Besides being a renowned television presenter, Cat Deeley is also engaged in numerous philanthropic efforts and is a UNICEF UK ambassador. Continue reading to learn more about the net worth, salary, career, childhood, and personal life of the talented television personality and actor Cat Deeley.

What is Cat Deeley’s net worth?

How much does Cat Deeley earn per year?

How tall is Cat Deeley?

How old is Cat Deeley?

Cat Deeley hails from the town of West Bromwich in England, UK. As of May 2022, she is 45 years old.

Cat Deeley, short of Catherine Elizabeth Deeley, was born under the sun sign Scorpio on October 23, 1976, in West Bromwich, West Midlands, England, UK. Cat Deeley received her education in the Great Barr suburb of Birmingham, where she attended Grove Vale Junior School and she later attended Dartmouth High School. She was a member of the Sandwell Youth Concert Band in high school, where she played the clarinet instrument. She was also a singer in the choir at school. Cat Deeley was later enrolled in Bishop Vesey's Grammar School located in Sutton Coldfield.

Who is Cat Deeley’s partner?

Cat Deeley has been married to Patrick Kielty since 2012. After a four-month engagement, the couple tied the knot and became parents to two boys named Milo Kielty and James Patrick Kielty.

Who was Cat Deeley previously married to?

Cat Deeley was previously married to Mark Wheelan, a businessman, for five years until they separated in 2006.

Cat Deeley is an English television presenter best known as the host of the American reality show 'So You Think You Can Dance'.
When she was 14 years old, Cat Deeley participated in a BBC competition called 'The Clothes Show' and managed to qualify for the national finals. She was then registered as a model under the name Cat. In 1997, however, Deeley left full-time modeling and became a television presenter. She became the co-host of an MTV chart program called 'Hitlist UK'. She then started co-hosting 'SMTV Live'.
In 2001, Cat Deeley received an opportunity to star in the BBC TV series 'Happiness'. In addition to 'SMTV' and 'Hitlist UK', she also hosted shows like 'The Record Of The Year', 'The 2004 Brit Awards', 'Fame Academy', 'Roadtripping', and 'Star In Their Eyes'. Cat Deeley became a big star in 2006 when she became the host of 'So You Think You Can Dance' in the second season and continues to host it to date. In 2007, she was also among the several television presenters at the tribute concert for Princess Diana titled 'Concert For Diana'.
Some other projects of Cat Deeley are ITV London show 'Soundtrack To My Life', BBC America's broadcast 'Royally Mad', the morning TV show 'Live With Regis and Kelly', 'Shake It Up', 'The Choice', 'Lorraine', 'Sing: Ultimate A Cappella', and 'Icon'. Deeley also appeared on 'America's Next Top Model' and 'The Final Table' as a guest judge.
Additionally, Cat Deeley has also become a children's author. Her first book was titled 'The Joy In You' and was published in 2020. Regarding her acting career, some of Cat Deeley's acting projects are 'Life's Too Short' and 'House Of Lies'. Cat Deeley made her debut as a lead actress on the television series 'Deadbeat'.

The popular television producer Cat Deeley has engaged herself in numerous charity endeavors. For instance, she is a patron of the Great Osmond Street Hospital in London and an ardent supporter of UNICEF. She had also participated in the UNICEF benefit show held in Los Angeles in 2007 with magician David Copperfield. Cat Deeley has also been a part of several UNICEF projects, including Soccer Aid, and is a UNICEF UK ambassador.

What awards has Cat Deeley won?