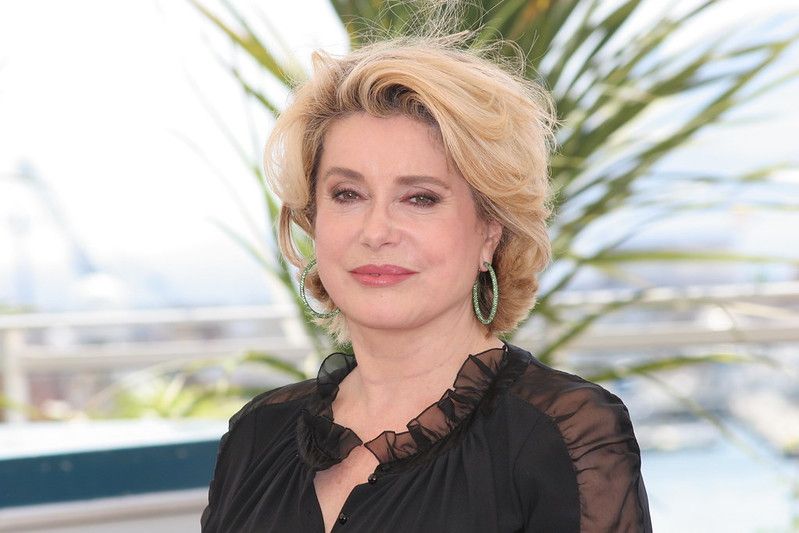 Catherine Deneuve is a French actress, singer, and model.
She rose to prominence in the '60s as one of Europe's best actors. She played aloof and enigmatic parts in films such as 'Repulsion' and ‘Belle De Jour.’
She has received several acting accolades throughout her career, which started in 1957. Deneuve has been involved in humanitarian work in addition to performing. She was the face of the perfume in the late '70s. The American press named her the world's most elegant woman.

What is Catherine Deneuve's net worth?

Catherine Deneuve is an actress, singer, and model from France. She has an estimated net worth of $75 million.

How much does Catherine Deneuve earn per year?

How tall is Catherine Deneuve?

How old is Catherine Deneuve?

Who is Catherine Deneuve's family?

Catherine Deneuve made her cinematic debut when she was a 13-year-old. She appeared in André Hunebelle's 'Les Collégiennes' in 1957.
Following that, she appeared in several films. However, they received little notice.
Catherine Deneuve received her breakout role in 1964. It was the Jacques Demy-directed romantic classic ‘The Umbrellas Of Cherbourg.’
Deneuve then gave a succession of superb and spectacular performances that showcased her vast range of acting abilities. She portrayed a psychotic murderer in Roman Polanski's horror film ‘Repulsion.’
In one of her American films, 'The Hunger,' directed by Tony Scott, she played Miriam Blaylock.
Deneuve came up with her perfume line. It was launched in 1986.
The French actress produced her first film in 1988. 'Indochine,' directed by Régis Wargnier, was one of her most important films. The movie earned her her first Academy Award nomination for Best Actress. She was praised for her performance as Eliane in the movie. The movie earned her her second ‘César Award for Best Actress.’
'American Home Products,' 'L'Oréal Paris,' and 'Louis Vuitton' were among the businesses she was connected with. Deneuve also designs jewelry, eyeglasses, greeting cards, and shoes.
Catherine is best known for: 'Tales Of Paris,' 'Belle De Jour,' 'Vice And Virtue,' 'Male Companion,' 'Indochine,' 'Thieves,' 'A Christmas Tale,' and 'The Truth (La Vérité).'

'Orphelins Roumains,' 'Reporters Without Borders,' Children Of Africa,' and 'Children Action' are among the organizations she was affiliated with. Catherine is involved with an Amnesty International campaign to eliminate the death sentence.

What awards has Catherine Deneuve won?

Catherine Deneuve has received several awards and honors throughout her life. She won the David di Donatello for Best Foreign Actress. She was nominated for an Academy Award for ‘Indochine.’
Catherine got several nominations and victories for her work in cinema at the Academy Awards, Cesar Awards, and BAFTA Awards. She received a Lifetime Achievement Award at the 26th European Film Awards in 2013.