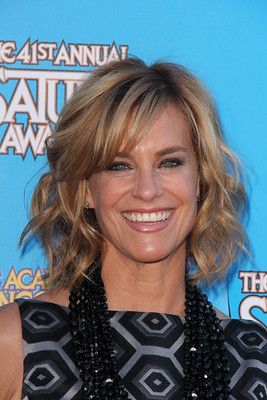 Catherine Mary Stewart is a Canadian actress, director, and producer.
She has starred in many TV series, including 'Hollywood Wives' and 'Days Of Our Lives'. Her first big-screen debut was in the musical movie 'The Apple'.
Catherine Mary Stewart is not only a talented actress. She is also a singer and a great dancer; in fact, she got into Hollywood because of dancing. She is married to movie producer Richard Allerton with whom she has two children. She currently lives in the US with her family. Continue reading to learn about her birthday, age, biography, and net worth.

What is Catherine Mary Stewart's net worth?

The Canadian actress has an estimated net worth of $3 million.

How much does Catherine Mary Stewart earn per year?

Stewart's annual earnings haven't been disclosed to the public.

How tall is Catherine Mary Stewart?

How old is Catherine Mary Stewart?

As a child, she was different from her two well-educated brothers. She was from an academic family. But her mother, Mary Stewart, put her in ballet classes, painting classes, and gymnastics, all of which Stewart says she didn't enjoy much. Her mother finally found a jazz dance teacher. Catherine Mary Stewart thought she might hate it, but she says that's exactly what she needed to awaken her talents.
She studied at Strathcona Composite High School. After this, she joined The London Studio Center in London, England. Here she learned performing arts like singing and acting, including dancing. She successfully bagged the first film role she auditioned for. Her debut was in the 1980 musical 'The Apple'.

Who are Catherine Mary Stewart's parents?

Stewart was born as Catherine Nursall to father John Ralph Nursall and mother, Mary Stewart. She changed her name later to include her mother's maiden name. Her father, John Ralph Nursall, was a biology professor, and her mother was a physiology teaching assistant. They both worked at the University of Alberta.
Stewart has two brothers. Alan Nursall is a scientist and media personality working for a Canadian TV series as a science news reporter. John Nursall is a freelance writer and producer. He also directs documentary films and television series.

Who is Catherine Mary Stewart's partner?

Catherine Mary Stewart was married to actor John Findlater from 1983-1985.
She married producer Richard Allerton in 1992. The couple has two children. Their names are Hanna Mary Allerton and Connor McKay Allerton.

Catherine Mary Stewart's career began with her role in 'The Apple'.
While filming 'The Apple', the director requested her to change her name, so she took her mother's maiden name.
Stewart moved to Los Angeles in 1981. She landed her first significant role in the then-popular television series, 'Days Of Our Lives'. She portrayed the character of Kayla Brady from 1982 t0 December 1983 in the soap opera.
Catherine Mary Stewart had a flourishing career after this. She had several movies that got released one after the other. Stewart became most well-known for her role in the sci-fi film 'The Last Starfighter'. She then acted in another sci-fi movie called 'Night Of The Comet'. Stewart felt she was always cast as a good girl and feared being typecast. She wanted different roles.
She was cast in 'Hollywood Wives' in 1985 as a character named Angel. She played a part in the series called 'Sins' in 1986.
Catherine Mary Stewart has had guest roles in TV series like 'Ghost Rider' and 'The Outer Limits'. In the late '80s and early '90s, Stewart appeared in many television films like 'Murder By The Book' and 'Perfect Harmony'.
After a break in the mid-90s, she came back to acting in 2020 with the movie 'A Christmas Snow'. She also starred in the 2020 movie 'A Christmas Comeback'.