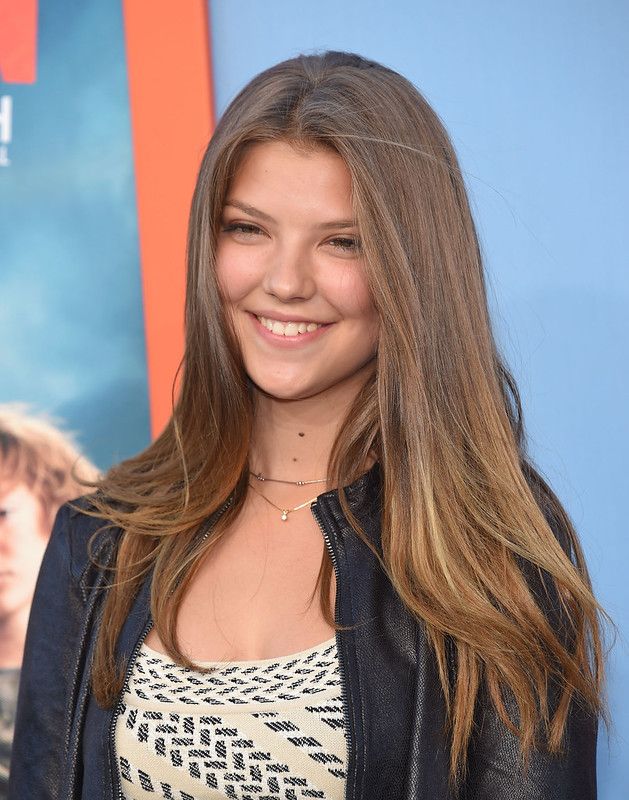 Catherine Missal is a young actress in TV shows and films.

She is best known for acting as Adena in the 2015 movie 'Vacation'. She is known for her acting talent and also learned to dance and sing from a young age.

Missal is a rising star. She is still building her career and is currently acting in various roles. She has worked with some of Hollywood's most famous movie stars. Catherine Missal has also performed in Broadway productions such as 'The Tale Of Two Cities'. Don't miss out on knowing about Catherine Missal's early life and other interesting facts.

What is Catherine Missal’s net worth?

Catherine Missal's net worth is $500,000. Her major source of income is from Missal's acting career.

How much does Catherine Missal earn per year?

Catherine Missal has not disclosed such information to the public.

How tall is Catherine Missal?

How old is Catherine Missal?

Catherine Missal celebrates her birthday annually on November 15, 1999, in New Jersey, the United States. She is currently 22 years old as of June 2022.

Her parents noticed her talent for acting. They enrolled her in dancing and singing as well. She was five years old when she performed on stage in a community theater.

Catherine Missal was popular in school as she was outgoing and very pleasant to be around. This characteristic of hers enabled her to complete her education while also focusing on her acting career.

Who are Catherine Missal's parents?

Who is Catherine Missal dating?

Catherine Missal does not talk openly about her personal life, so her dating profile is unknown.

Catherine Missal stepped into the spotlight with her performance in the TV movie 'Next Big Thing: NYC' (2012). Her talent spoke for itself in her performance, and she was soon sought after to act in TV shows and films.

Catherine Missal also appeared in two episodes of 'Heather' in 2011. The episodes are 'Possessed' and 'Friending Emily'.

From 2012-2015, Catherine Missal acted in the 'Super Sproutlet Show'. It was an interactive show for preschoolers. In the show, Missal was known as Green. She appreciated children who planted flowers and trees and handed them gifts.

She entered film screens with her debut in the comedy movie 'Vijay And I' in 2013. She portrayed the character of Lily. She became even more popular after this role. Her other film credits include the science fiction and drama movies in which she performed with Bodine Boling and Brendan Griffin in 'Movement And Location' in 2014 and 'Natural Selection' in 2015. The latter film is a crime-thriller based on the lives of a newly transferred high-school student and his newfound friends. Catherine Missal plays Tiffany in the film.

One of her best performances came with her being cast in 'Vacation', a 2015 movie. The comedy-adventure film follows the lives of a family, the Griswolds, who decide to go on a cross-country road trip to connect with each other. However, not everything goes as planned, and many unplanned obstacles come their way, strengthening their bond. The film has cinema stars such as Christina Applegate, Leslie Man, Chris Hemsworth, Ed Helms, and Keegan-Michael Key. Catherine Missal appears in a guest role as the daughter of one of the families the Griswolds meet on their trip. She was also seen in the reality TV show 'Next Big Thing: NYC' (2012).