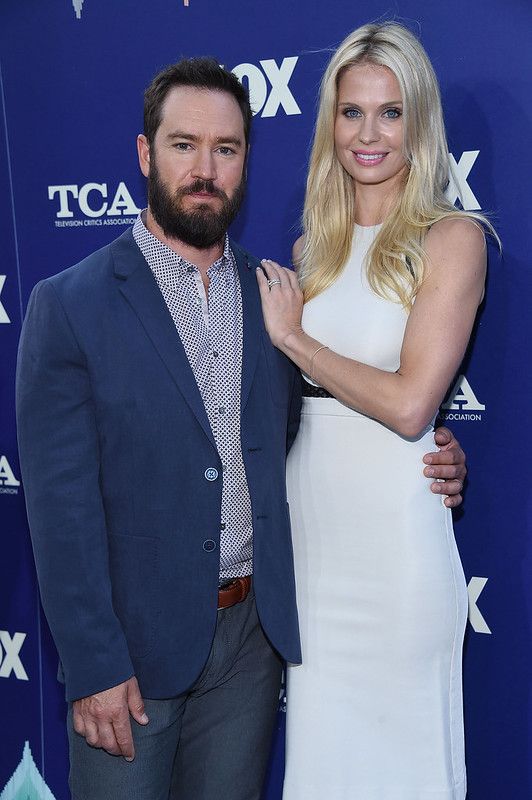 Catriona McGinn is a Los Angeles-based advertising executive. She was born on June 22, 1978.

Catriona McGinn has worked for a variety of big advertising, broadcasting, and communication organizations. She graduated from John Abbott College, McGill University, and Simon Fraser University in Canada.

Catriona was a vital member of the 'Jack FM' radio network. She spent the majority of her life in Canada before marrying. Catriona is famous for being a celebrity wife. She is married to American actor Mark-Paul Gosselaar, best known for his role in the TV series 'Saved By The Bell'. Catriona and Mark have two children together, named Dekker Edward Gosselaar and Lachlyn Hope Gosselaar. She works as an advertising executive in the fields of advertising, communication, and broadcasting.

What is Catriona McGinn’s net worth?

Catriona McGinn has a net worth of $1 million.

How much does Catriona McGinn earn per year?

While McGinn's earnings per year are not known.

How tall is Catriona McGinn?

How old is Catriona McGinn?

On June 22, 1978, Catriona McGinn was born in Santa Ynez, California, the United States. She was born into a middle-class family. There aren't any details known about her family, early life, or personal life.

Catriona has quite an educational background. She went to John Abbott College in Sainte-Anne-de-Bellevue, a suburb of Quebec City in the southwest of the country. After her college graduation in 1998, McGinn studied at Simon Fraser University in Canada. She also studied Cognitive and Child Psychology at McGill University and graduated in 2002.

Who is Catriona McGinn’s partner?

Catriona McGinn is married to the actor of 'Saved By The Bell' Mark-Paul Gosselaar.

In the '90s, Mark-Paul Gosselaar was highly popular among the youth. Mark was formerly married to Lisa Ann Russell, a former model. They met in the '90s, and they were married in 1996. Ava Lorenn and Michael Charles are Mark and Lisa's two children. They revealed their breakup in June 2010. The petition for divorce was put forward on June 18, 2010. The couple divorced legally in May 2011, putting an end to their 14-year-long marital relationship.

For nearly a year, Mark-Paul Gosselaar and ex-wife Lisa Ann Russell co-parented the kids. Mark met Catriona McGinn during this time. They eventually become romantically involved. On July 28, 2012, they took their first steps down the aisle. The couple decided to spend their honeymoon in Italy.

Eight months after their wedding, Catriona McGinn and Mark-Paul Gosselaar disclosed their first pregnancy. Their son, Dekker Edward Gosselaar, was born on September 30, 2013. and Lachlyn Hope Gosselaar, their daughter, was welcomed to the world in 2015. Catriona is the stepmother of Mark's children, Ava Lorenn and Michael Charles, from his previous marriage. Mark and his ex-wife have joint custody of the children.

Catriona Mcginn began her career as a middle-level employee in an advertising firm after graduating from university. Her life seemed to be going well at first, with her 9-5 work at the same marketing and advertising company. McGinn's life started to change when she finally received the major promotion she sought.

Nielsen Broadcast Data System, a top-tier broadcast firm, sought her for the general manager role. Catriona quickly accepted the once-in-a-lifetime opportunity. McGinn ultimately got what she had aspired for as a novice after years of dedication and hard work. Mcginn was promoted to supervisor of BDS's development, budget, marketing and advertising, and other areas.

Catriona then relocated to Canada and began working for another high-profile firm. McGinn began working for Sparknet Communications as a general manager at this time, where she was responsible for enhancing and assuring the standard of the popular radio station 'Jack FM'. Catriona then moved on to a well-known radio company, wherein she functioned as an RJ, an advertiser, and a supervisor.

McGinn was working on her resume and impressing high-level employers all the time. Catriona also began her advertising agency around the same time. Due to scheduling constraints, she was unable to give it more time.

In 2010, Catriona took a top-level position with another organization. She began her career as a sales manager at Media Monitors, furthering her professional profile. Media Monitors is a top-tier sales management and advertising firm.

McGinn continues to work as a sales executive and general manager while being the celebrity wife of one of the world's most renowned actors.