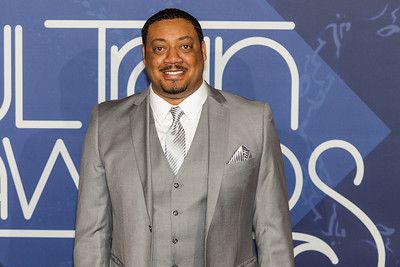 Cedric Percelle Yarbrough is an American comedian and actor well-recognized for starring in the 2003 Comedy Central television series 'Reno 911!' and on the ABC sitcom 'Speechless'.
Cedric Yarbrough did his first-ever production for 'A Streetcar Named Desire'. Apart from starring as a regular on the comedy series 'Reno 911!', Cedric Yarbrough has starred in comedy series like 'Arrested Development' and 'The Goldbergs'.
Cedric Yarbrough has over 96 IMDb credits. His credited performances include his role as Kenneth Clements on the ABC sitcom 'Speechless', Vic in 'The Goldbergs' (2013-2022), Darius' Dad in 'Puppy Dog Pals' (2019-2022), Gerald Fitzgerald in 'Paradise PD' (2018-2021), and Wizard Dustybeard in 'Where's Waldo?' (2020).
Cedric Yarbrough has made appearances as a series regular, guest star, and a recurring character in nearly 40 different television series. He is also a voice artist. Continue reading to learn some interesting facts about Cedric Yarbrough, including his early life, professional life, and net worth.

What is Cedric Yarbrough's net worth?

American comedian and actor Cedric Yarbrough has an estimated net worth of $1 million.

How much does Cedric Yarbrough earn per year?

Cedric Yarbrough's annual earning is approximately $200,000. It includes his earnings from acting on TV series, comedy shows, and other guest appearances.

How tall is Cedric Yarbrough?

How old is Cedric Yarbrough?

Cedric Yarbrough from Burnsville was born on March 20, 1973. He is 49 years old as of 2022. He currently resides in Los Angeles, California, USA.

Who is Cedric Yarbrough dating?

Cedric Yarbrough is not officially dating anyone currently. He hasn't confirmed whether he was in a relationship earlier either. He likes to keep his personal life private and away from the public limelight.

American actor and comedian Cedric Yarbrough is best known for playing the role of Deputy Sven Jones in the popular Comedy Central television series 'Reno 911!' and Kenneth in the ABC series 'Speechless'. He is also known as the voice of Gerald Fitzgerald in the Netflix comedy-drama 'Paradise PD' and Officer Meow Meow Fuzzyface in the Netflix animated comedy-drama 'BoJack Horseman'.
The series 'Reno 911!' aired from 2003-2009 on Comedy Central and returned for the seventh season in 2020 on Quibi. For its eighth season in 2022, the series returned on The Roku Channel as 'Reno 911! Defunded'. The series was also made into two full-length movies, 'Reno 911! Miami' (2007) and 'Reno 911! The Hunt for QAnon' (2021). Cedric Yarbrough also appeared in both feature films in 2007 and 2009.
Other notable performances of Cedric Yarbrough include Nurse Dennis in 'Carol's Second Act' (2019-2022), Officer Meow Meow Fuzzyface in 'BoJack Horseman' (2014-2019), Khone in 'Milo Murphy's Law' (2018-2019), Nelson in 'Blaze And The Monster Machines' (2017), Russell Patterson in 'Dice' (2017), and Neil deGrasse Tyson in 'Mike Tyson Mysteries' (2017).
Cedric Yarbrough is also a prolific voice artist known for his work in various hit animated shows. Some include 'Mike Tyson Mysteries', 'Paradise PD', 'BoJack Horseman', 'Skylanders Academy', and 'The Boondocks'. Yarbrough voiced Tom Dubois and Colonel H. Stinkmeaner on ‘The Boondocks.’
Cedric Yarbrough has starred with some comedy titans like Melissa McCarthy in 'The Boss', Steve Carrell in 'Get Smart' and 'The 40-year Old Virgin', and Will Ferrell and Amy Poehler in 'The House'.

Cedric Yarbrough's other interests include basketball, soccer, and musical theater. Yarbrough is a fan of Elvis Costello and Bobby McFerrin.