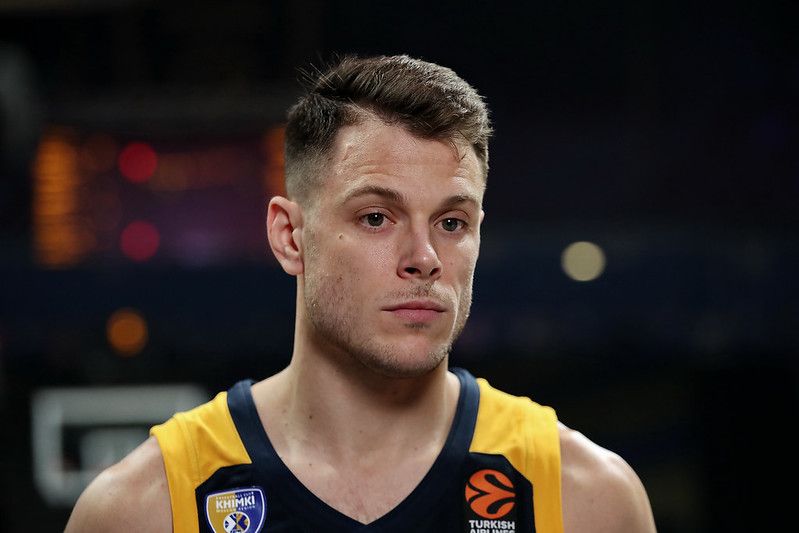 Chris Kramer is a well-known basketball player from America, and he plays in the position of a point guard and a shooting guard.
Chris Kramer was born in Indiana where he spent his childhood and completed his school life. He started playing basketball as a career after he joined university.
Chris Kramer is well known for his college basketball career. He led the team to various tournaments, created various records, and received numerous awards. He has been a part of eight different professional basketball teams and has played in various high-level basketball tournaments and leagues including the NBA Development League.

What is Chris Kramer’s net worth?

Chris Kramer has been a vivid basketball player starting from high school continuing his passion till today. Being a part of professional teams does mean earning a lot of money, and his net worth has been estimated to be around $1.5 million as of 2022.

How much does Chris Kramer earn per year?

How tall is Chris Kramer?

Chris Kramer is a very athletic individual, and basketball players are bound to be very tall. He is also no different standing at an astonishing height of 6 ft 3 in (191 cm).

How old is Chris Kramer?

Chris Kramer was born in April 1988 in the city of Huntington located in the USA of Indiana. He also spent his complete childhood in Huntington. Other details about his childhood are not available. Chris is known to have attended the Huntington North High School, and after completing his schooling he enrolled himself at the Purdue University so he could play splendid basketball under the head coach, Matt Painter. Chris Kramer also played varsity basketball, baseball, and football in his high school.

Who is Chris Kramer’s partner?

Chris Kramer has been very successful in keeping his personal life away from the media. It is known that he is married to Allie Kramer, and they also have been blessed with a beautiful daughter. Any further information related to his marriage and family is not known.

Chris Kramer started basketball as a career when he joined the university in 2006. He used to play for the Purdue University team, Purdue Boilermakers. He was a member of this team from the year 2006-2010 which is through his college years. He achieved a lot and was also awarded numerous titles such as The Big Ten Defensive Player of the Year, Big Ten Defensive Team, and more.
Chris Kramer remained undrafted in the 2010 NBA draft so he was one of the free-agent players. So he started his professional basketball player career in the year 2010 by joining as a member of the Indiana Pacers Summer League Team. He spent a few months there and then joined the Milwaukee Bucks team as a training camp roster for the 2011 NBA. He was cut off from the team in October. In the later months, he joined the Fort Wayne Mad Ants, an NBA D-League team, and played in around five games before he was removed due to an injury.
In mid-2011, he signed up with the Mets De Guaynabo team and played in the Baloncesto Superior Nacional, a high-level professional basketball league in Puerto Rico. He later joined the s.oliver Baskets Würzburg team and played for a year in the German Basketball Bundesliga, the highest level league in Germany.
From 2012 to date, he has become a member of various other teams namely the EWE Baskets Oldenburg, Lietuvos Rytas Vilnius, Khimki, Hapoel Jerusalem, and Gran Canaria. He has shown and is showing his talent in a wide array of leagues such as the Basketball Champions League, the Betsafe LKL, VTB United League, Euroleague, Israeli Basketball Premier League, and the Liga Endesa all being a part of these teams.

In the Freshman season, Chris Kramer was able to make a Freshman record by achieving the most steals in a season. He helped the team with an NCAA Tournament along with Carl Landry and David Teague. Carl Landry was one of his seniors in the game.
In the Sophomore season, Chris Kramer served as the team captain and led the team to a few victories, and he was also awarded a few titles for his performance.
Chris Kramer again served as the team captain in the Junior season. Yet again he led the team to a few tournaments and received a few titles and a conference play record. Not to forget, this season also gave him a few injuries, he suffered a foot injury at Penn State and a broken nose in one of the later games.
During the Senior Season, he became the team captain for the third time in a row. He is only the fourth person for this to happen after Terry Dischinger, Brian Walker, and Cuonzo Martin, a former assistant coach. He was one of the Senior Class Award winners alongside various players from Michigan State and Notre Dam. He was named the First Team Senior All-American at the end of his college basketball career.
Chris Kramer achieved his first triple-double in January 2017 while playing in the Basketball Champions League. He was also the first-ever player to make this happen in a BCL.

Apart from being a professional basketball player, he is also very much interested in various charities and community services. He is known to have been connected with the Boys and Girls Club for a very long time. Apart from this, he has spent some time in the Lafayette Southside Community Center working on matters like youth development, child abuse prevention, family support, and the development of a food pantry in the community.

What awards has Chris Kramer won?

Other than being a basketball player he is also into various other sports like football and baseball, and his school history shows that he has played these sports alongside basketball. Not to forget, he is also a family man and has a daughter, so he is also keen to spend some quality time and travel to various places with them.