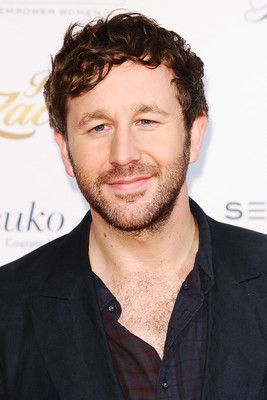 Chris O'Dowd is best known for his comic roles; this Irish actor Christopher O'Dowd plays a prominent role in sitcoms 'The IT Crowd' and 'Moone Boy'.
Chris O'Dowd's movie debut is 'Conspiracy of Silence', a British drama directed by John Deery. He is also a comedian and screenwriter, widely known as Officer Rhodes of 'Bridesmaids' among the American audiences; read to know about his net worth, age, childhood, personal life, and unknown facts.

What is Chris O'Dowd's net worth?

Irish actor and comedian Chris O'Dowd have an estimated net worth of $6 million, primarily as an actor.

How much does Chris O'Dowd earn per year?

Chris O'Dowd has an estimated annual net worth of approximately $800,000.

How tall is Chris O'Dowd?

How old is Chris O'Dowd?

Chris O'Dowd was born Christopher O'Dowd on October 9, 1979, in Boyle, County Roscommon, Ireland, to Sean O'Dowd and Denise O'Dowd. His father, Sean, is a sign designer, and his mother, Denise O'Dowd, is a counselor and psychotherapist. Chris O'Dowd is the youngest of five siblings.\
O'Dowd attended University College Dublin, majoring in politics and sociology. However, he left his studies in politics and sociology at University College Dublin (UCD) and pursued an arts degree from the London Academy of Music and Dramatic Art.

Who is Chris O'Dowd's partner?

Before fame, Chris O'Dowd worked at a call center; one of his jobs was to make solicitation calls for a wildlife charity. The role of the job is to call potential donors and tell them about the endangered animals like newts and New Guinean bats.

What awards has Chris O'Dowd won?

Chris O'Dowd has won Primetime Emmy Award for outstanding actor in drama series for 'State of the Union' (2019), the AACTA Award for best lead actor for 'The Sapphires' (2012), BAFTA Rising Star Award for best actor in Scottish film for 'Festival' (2005), Emmy for best comedy for 'Moone Boy' (2012), and Jury Prize for best social impact experience for 'The Evolution of Testicles' (2019).

Chris O'Dowd is also a creator and director. He co-wrote a series based on his childhood for Sky 1 television network. The series was 'Moone Boy' filmed in Chirs's hometown Boyle from 2012-2015.
Chris O'Dowd has also co-written four books: 'Mooney Boy: The Blunder Years', 'The Fish Detective', 'The Notion Potion', and 'The Marvelous Activity Manual (Activity Book)'.

The on-screen pair of the IT Crowd's Richard Ayoade (Maurice Moss) and Chris O'Dowd (Roy) are good friends in real life.