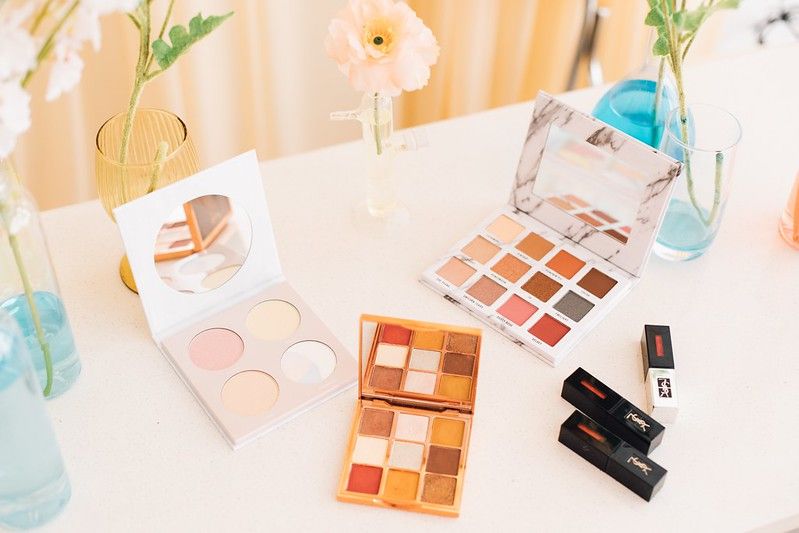 Christina Evangeline is a woman of many talents. Apart from acting in movies and TV series, she is also a model and a wellness advisor.

Christina Evangeline is best known for her appearance in the short film Mini Supreme. She played the role of a pageant parent. She has been working as a model ever since she was in college. She is also quite active on social media, having made over 450 posts on her Instagram account related to a number of different topics. She has over 24,000 followers on her Instagram account as of July 2022 and interacts with them frequently through live sessions or comments on her posts. She also has over 4,300 followers on her Twitter account as of July 2022. Keep reading for more awesome facts!

What is Christina Evangeline's net worth?

Christina Evangeline has an estimated net worth of $1-2 million.

How much does Christina Evangeline earn per year?

There is currently no information available regarding the annual income of Christina Evangeline. However, she is estimated to earn a good amount through her acting gigs.

How tall is Christina Evangeline?

How old is Christina Evangeline?

Christina Evangeline was born in Halifax, Nova Scotia, Canada. However, her family moved to New York when she was very young, and she spent most of her childhood there. Her parents are Dem Melitides and George Melitides. Though the internet often confuses her as a Latina, she is actually of Canadian-American descent. She likes to separate her personal life from her professional life, which is why she has not spoken publicly about her childhood. There is no further information available regarding her early family life.

Christina Evangeline completed her schooling at a local high school in the United States of America. There is no information available regarding her college education. According to some sources, she's residing with her children in New York.

Who is Christina Evangeline dating?

There is no information regarding Christina Evangeline's current relationship status. However, it is known that she was previously married to Kenan Thompson. Kenan Thompson is a popular American actor known for being the host of 'Saturday Night Live'. The pair tied the knot in 2011. Their wedding ceremony was held in the Arctic room located in the George Aquarium in Atlanta. She also shares two daughters with Kenan Thompson, namely Georgia Marie Thompson and Gianna Michelle Thompson. The duo was together for 11 years, throughout which Christina did a brilliant job of shielding her family from the constant media attention that surrounded their lives because of the line of work Kenan Thompson was involved in. She made sure to stand by the 'Saturday Night Live' star's side during the good and bad phases of his career, motivating him to work harder, especially during the latter. There is also no information on the relationship status of Kenan Thompson after his previous marriage with Christina Evangeline.

Christina Evangeline rose to fame after her appearance in the movie 'Mini Supreme'. She has served as an ambassador for a number of popular fashion brands and often posts pictures of herself on social media wearing their apparel.

Christina has been spotted in numerous public appearances with Kenan Thompson. In fact, Kenan Thompson has maintained that she had been one of the biggest reasons for him being able to achieve all the success that he had. She had been a vocal supporter of all his endeavors throughout his career and defended him from any criticism directed his way by the media.

Christina Evangeline put up a post on her Instagram account asking elderly, pregnant, or sick people to reach out in case they needed help with everyday chores such as grocery shopping. The Canada-born model put together a team to provide this kind of help to people who needed it free of cost. The American model has also donated heavily to the American Refugee Committee, which is committed to providing refugees a better quality of life. She has also supported the Save the Children Federation, which aims to provide support and basic amenities to at-risk children in different parts of the world. She also started the Evermore Foundation, a non-profit organization that supports kids who have lost their parents. She decided to set this up after seeing the US government only providing support to those who were orphaned due to COVID. However, she has stated publicly that all orphans deserve the same level of support regardless of how they lost their parents. She has also been a supporter of the 'My Stuff Bags Foundation'.

We would love your help! If you have a photo of Christina Evangeline, either of them alone or a selfie that you would be happy to share, please send it to [email protected].
If you have knowledge or information that you think would help us improve this article, please contact us.