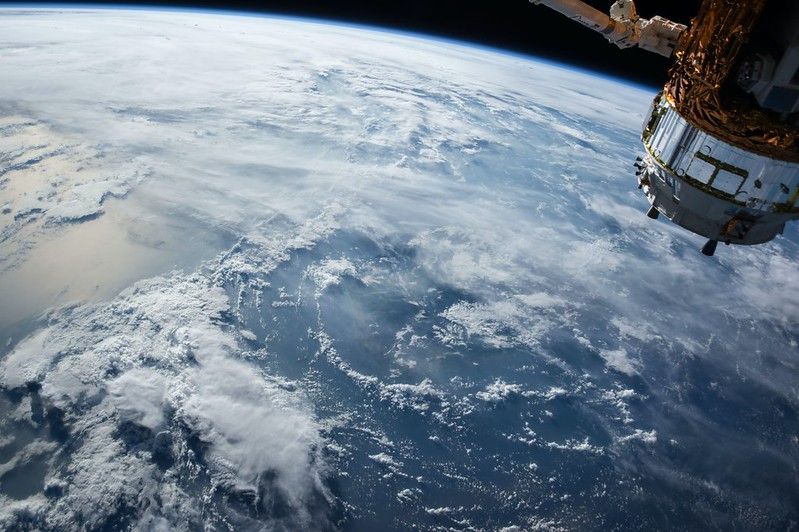 Clayton Anderson is popular as a retired American flight engineer and astronaut.

Clayton Anderson participated in four NASA (National Aeronautics and Space Administration) missions. He has flown to space on many shuttles like Atlantis and Discovery.

Clayton Anderson took birth on February 23, 1959, in Ashland, Nebraska, the United States of America. Currently, he is an ex-astronaut of NASA missions who is now working as a motivational speaker, author, and Professor, practicing at Iowa State University in Ames, Iowa.

On June 10, 2007, he was launched on the STS-117 mission and as the substitute for astronaut Sunita Williams as an active member of the ISS Expedition with 15 crew. During this expedition, he spent 152 days on the International Space Station (ISS). Clayton is a master's degree holder in aerospace engineering. Clayton's wife Susan Jane Anderson is from Indiana and they have two children.

What is Clayton Anderson’s net worth?

The net worth of Clayton Anderson, the popular astronaut, is approximately $1.5 Million and Anderson has earned this net worth through his prior income source in aerospace engineering, and as an astronaut.

How much does Clayton Anderson earn per year?

The annual income of Clayton Anderson is still unknown and under review.

How tall is Clayton Anderson?

The height of Clayton Anderson is under review and is not known.

How old is Clayton Anderson?

He completed his graduation in 1977 from Ashland-Greenwood High School, Ashland, Nebraska. Later, he joined Hastings College located in Nebraska and completed his bachelor of science degree in physics in 1981. In 1983, Clayton Anderson also received a master's degree in science from Iowa State University in aerospace engineering.

Who is Clayton Anderson’s partner?

Clayton Anderson is married to Susan Jane Anderson. Together Clayton and Susan have two children. The name of his son is Clayton Cole Anderson and Sutton Marie Anderson is his daughter.

Clayton Anderson is best known for his NASA missions as an astronaut. Clayton is the only and first astronaut from Nebraska. As he is from a small town in Nebraska, the news of his struggle and rejection fourteen times by the NASA authority was widely reported on many news channels. He was finally selected in 1998. He got his master's degree from Iowa State University in 1983 in aerospace engineering.

During the NEEMO project in June 2003, Anderson worked as an aquanaut for 14 days in the Aquarius underwater lab. He was also the Crew Support Astronaut and worked as the ground support crew for ISS Expedition 4. During his training period in NASA, he was admitted to ground school to prepare for the T-38 flight training and also go through huge physiological training. Clayton Completed his Extravehicular Activity (EVA) Skills program training in November 2002. He was selected to the International Space Station as the backup flight engineer for its Expedition missions 12, 13, and 14.

What awards has Clayton Anderson won?

Clayton has several accolades under his name, some of them including the Distinguished Alumnus Award by the National Council of Alpha Chi in 2001, the NASA Spaceflight Medal in 2008 and 2011, the Jason Award from the Children's Square United States in 2015, and NASA Exceptional Service Medal in 2008 and 2011.

We would love your help! If you have a photo of Clayton Anderson, either of them alone or a selfie that you would be happy to share, please send it to [email protected]. If you have knowledge or information that you think would help us improve this article, please contact us.