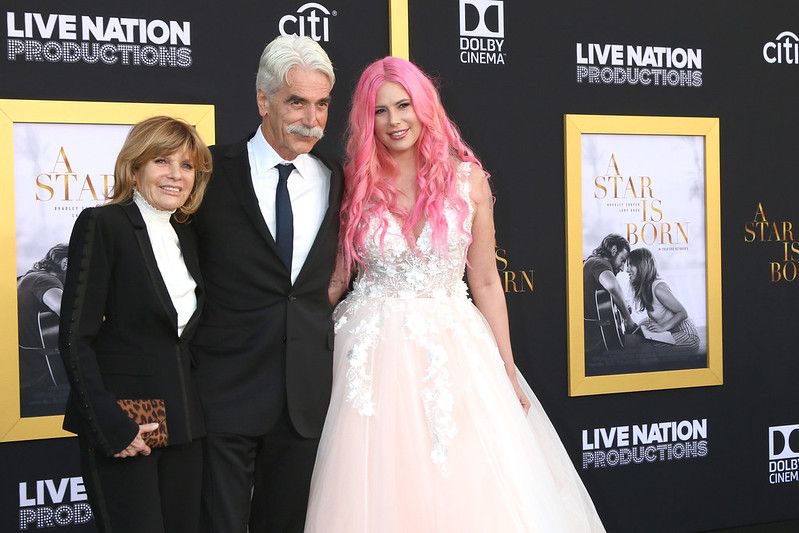 Cleo Rose Elliott is a famous American model, musician, and singer.
Cleo Rose Elliott is the daughter of actors Katharine Ross and Sam Elliott. She became a member of the American Society of Composers, where she met music producer Max Martin for the first time.
Cleo Ross Elliot's father, Sam Elliott, and her mother, Katharine Ross, are both Academy Award-nominated actors. They met on the film sets of 'The Legacy', dated for a few months, and then married in 1984.
Cleo's fans were thrilled and for her when she shared her modeling shots on her Instagram social media page. She has millions of followers on social media platforms. She is in a relationship with musician and biker Randy Christopher Bates at present. Randy Christopher Bates is also a musician and talented artist.

What is Cleo Rose Elliott's net worth?

Cleo Rose Elliott's net worth is over $1 million, most of which she has earned from her career as a musician. She is also likely to inherit a considerable amount of money from her parents. From her mother, she is estimated to inherit $5 million and $10 million from her father.

How much does Cleo Rose Elliott earn per year?

Information on her yearly income is not available.

How tall is Cleo Rose Elliott?

How old is Cleo Rose Elliott?

Cleo Rose Elliott graduated from Colin McEwan High School. Cleo inherited her love for music from her grandmother and enhanced it by studying music for four years, from 2002 to 2006, at the Brown Acting Studio in Santa Monica, California. Soon after graduation, Cleo also learned classical opera vocal training from singer-songwriter, Charity Chapman, at Colin McEwan High School. Cleo Rose Elliott trained under Chapman soon after. She also studied at Malibu High. Cleo mainly focused on the musical tradition of Bel Canto and the Italian opera.
Cleo then started her professional journey as a model. Katherine and her daughter were photographed for 'Malibu Times' magazine in July 2013. However, Cleo and Katherine, her mother, reportedly did not have a good relationship in the past. There were always some tiffs on various matters between Katherine and her daughter Cleo.
Cleo spent her early childhood in Malibu, where she received training to improve her singing abilities. She was very talented from her childhood and she studied how to play various musical instruments when she was just a child.

Who is Cleo Rose Elliott dating?

Cleo Rose Elliott is dating Randy Christopher Bates, a musician and talented artist. Randy Christopher Bates is also a cyclist and a professional downhill mountain biker. They wish to keep their life private away from the limelight, so they do not share much information about their relationship with their followers. However, they do occasionally post a few images of them together on social media.
Cleo Ross Elliott's father, Sam Elliott, is an Academy Award-nominated actor, and Katharine Ross is also a famous actress. Although Cleo Rose Elliott was born into a family of famous Hollywood actors, (Sam Elliott and Katharine Ross), she was never interested in acting herself.
Cleo is a native of Los Angeles and spent most of her early life in the Bay Area of San Francisco. Cleo Rose Elliott's mother is also a stage and television actress. The mother-daughter relationship was reportedly not so smooth. Once, Cleo Rose had an argument with her mother, so Katherine had to bring a court order against her daughter.
However, Cleo Rose Elliot is very attached to her father, Sam Elliott. Once, out of rage, in March 2011, it was said that Cleo threatened Katharine and cut the telephone wires with scissors when Katharine tried calling the police for help. After this incident, her mother approached the court for protection. The last protective order hearing was held on March 30, in Santa Monica. Cleo was ordered to stay away by 100 yards from her mother until the hearing. As of now, they seem to be cordial together and the issues have been patched up.

Cleo Rose Elliott is best known as a model and singer. Cleo is inspired by bands such as Pink Floyd and Guns N Roses, and musicians such as Fiona Apple, Jimi Hendrix, and Sheryl Crow; her guiding force. Cleo's grandparents, Katharine W Hall and Dudley Ross, have always supported their granddaughter in enhancing her music career. Cleo Rose Elliott trained as a classical singer and songwriter with Charity Chapman and she gradually joined The American Society of Composers as a member.
Cleo Rose Elliott is a very talented American model, musician, and singer who was trained in the basics of music and later also learned to play various musical instruments. She was trained by the singer-songwriter Charity Chapman and Brown Acting Studio as she grew up. She released her first album in 2008. The album was an instant success and it opened doors to many other music projects, but her music career was short-lived.
As a small girl, Cleo learned to play guitar and flute. She collaborated with Tin Horn and Cents, but found happiness singing live more than singing in the studio. In particular, Cleo enjoys heavy hard rock. She has modeled with her father in the Creative Arts Emmy Awards. She is loved by her fans for her overall personality and not just for her talent.
Her net worth is estimated to be in the millions, which she mostly earned through her career as a singer and musician. Cleo has also modeled for various magazines. Cleo's first modeling job was titled 'Sexyhair', published in 2003. She has also been in many fashion magazines. She and her family were photographed on July 29, 2013, for the July edition of 'The Malibu Times'.
She also walked the red carpet at the creative arts Emmy Awards. She always had the passion, attitude, and talent to become a musician. Cleo paid attention to Bel Canto's Italian Opera musical tradition. Max Martin was impressed by her debut solo album, 'No More Lies'. Cleo Rose Elliott later collaborated with other artists as her career progressed. However, her career as a musician and singer was short-lived.

Cleo Rose Elliott is a versatile and multitalented woman from California. While the award shared between her parents include one BAFTA Award, an Academy Award nomination, and two Golden Globe Awards, Cleo has not won any notable award as of now.

Cleo Rose Elliott loves to attend festivals and concerts and enjoys the best listening to metal and rock music. Some of her favorite bands are Guns N Roses, Metallica, and Iron Maiden. She loves traveling with her father and accompanies him to all his movie events.