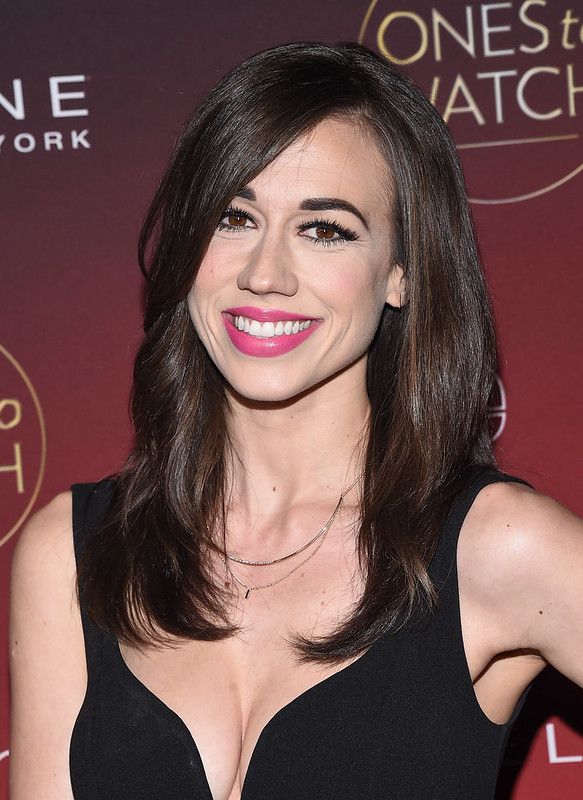 Colleen Ballinger runs YouTube channel, 'Miranda Sings' and has posted more than 1000 videos on her channel.
The comedian says that she loves singing, laughing, and chilling out with her family. Colleen Ballinger began her acting career in 2007.

What is Colleen Ballinger’s net worth?

Colleen Ballinger is estimated to have a net worth of $8 million.

How much does Colleen Ballinger earn per year?

The comedian earns the bulk of her income from YouTube advertising, but her exact annual income is unknown.

How tall is Colleen Ballinger?

How old is Colleen Ballinger?

On November 21, 1986, Colleen Ballinger was born in the Californian suburb of Santa Barbara. She is the third child of Tim Ballinger and Gwen Ballinger. In 2008, Colleen graduated from San Marcos High School and attended Azusa Pacific University, majoring in Singing and Music. Her older brothers are Trent and Christopher, and Colleen also has a younger sister named Rachel.

Who is Colleen Ballinger’s partner?

Ballinger dated Joshua Evans for several years before tying the knot in July 2015. The marriage lasted for just one year and in September 2016, Colleen Ballinger announced their divorce on her YouTube channel. The singer from California moved into a new home near Encino, Santa Barbara, which is where she met American TV series actor, Erik Stocklin.
They worked together on the sets of the Netflix comedy series, 'Haters Back Off'. Colleen Ballinger and Erik began dating in early 2018 and married later that same year. On December 10, 2018, she gave birth to a baby boy named Flynn Timothy Stocklin. She later added twins to her family and had a boy named Wesley Koy Stocklin and a girl called Maisy Joanne.

The 'Miranda Sings' YouTube star began her acting career in 2007.
From 2007 to 2009, she worked for the Burbank, California Disney World. She worked as a vocal coach and gave piano lessons to young kids. In 2009, Colleen Ballinger started to perform her comedy act as Miranda Sings. She has been touring ever since and has revealed that her live performances are what she enjoys the most.
Colleen Ballinger began uploading satirical videos on her YouTube channel, 'Miranda Sings', in January 2008. The Youtuber plays the character of Miranda, who is supposed to be eccentric, young, home-schooled, and still lives with her folks. Miranda is childish, vainly believes that she was born to be a star, and is preoccupied with show business. Ballinger's big break came in 2009, after she uploaded 'Miranda Video Free Voice Lesson' on YouTube.
Colleen has admitted that Miranda is based on several young women that she knew from college. Those girls were under the impression that they were talented but were, in fact, arrogant and rude to others. Her videos on 'Miranda Sings' cover anything from music to current affairs, but with an added twist. Most of her fans love her comedy genre and to critics, her retort is 'haters back off'. Miranda is a social misfit, defiant, self-centered, irritable, and arrogant.
Her YouTube channel, 'Miranda Sings', has 1.9 million followers and an equal number of subscribers on TikTok. She has 7.5 million followers on Instagram and her videos have been watched billions of times. The comedian also manages a vlog called 'Colleen Vlogs', where she uploads her lifestyle videos. That YouTube channel has an additional 3.5 million followers. She has 1.7 million followers on her Twitter handle and Buzzfeed exclaimed that Miranda was 'The Queen of Twitter'.
The writer from California was ranked in the Top 25 Digital Stars by 'The Hollywood Reporter' magazine subscribers. 'Forbes' magazine reported that Colleen Ballinger was ranked fifth in the world of social media influencers. 'Backstage' magazine mentioned Miranda and praised Colleen's YouTube efforts. 'Entertainment Monthly' highly recommended her YouTube, 'Miranda Sings'.
The Youtuber has also acted in television shows and web series and is a talented vocalist. Colleen Ballinger has published two books, 'Selp-Helf' (2015) and 'My Diarrhe' (2018), which are best sellers. Miranda wrote 'Self Help' with her brother Christopher Ballinger, as a comical guide that gives silly advice.
In 2015, Colleen Ballinger co-hosted the ABC talk show 'The View'. She also appeared in the beauty parody 'How To Makeup' as part of her 'Miranda Talks' promotions. In 2016, the YouTube entrepreneur modeled for Nestle-owned, DiGiorno Pizza. In 2019, the YouTuber debuted on Broadway with the musical, 'Waitress', and its box office collections skyrocketed.
In 2018, Colleen was seen in the music video 'Thank U, Next' by American singer, Ariana Grande. Since they were young, Colleen Ballinger and American singer, Ariana Grande, have been close friends after they performed together in Broadway musical, '13'.
In 2011, Colleen played Miranda in 'Varla Jean and the Mushroomheads'. In 2016, Colleen Ballinger appeared as Miranda on 'The Tonight Show with Jimmy Fallon'. That same year, she appeared in a guest role as Miranda, in a prank show TV series, 'Prank Academy'. She speed-dated many unsuspecting guys.
Colleen Ballinger was cast in a unique role for the TV movie 'Miranda Sings: Selp Helf' (2015). She also did 'Ralph Breaks the Internet' (2018) and 'The Angry Birds Movie 2' (2019).
Colleen Ballinger was seen in a web series, 'MyMusic' in the episodes called 'Wedding Plans' (2014) and 'Dr. Fubalous' (2012). Miranda appeared in the web series 'Escape The Night Season 3' (2018) and 'Escape The Night Season 4' (2019). In 2019, Colleen Ballinger was seen on the Netflix comedy, 'Miranda Sings Live...Your Welcome' (2019) and the HBO Max Documentary, 'Beanie Mania' (2021).

The YouTuber is well known for her philanthropic efforts. Since 2015, she has run an annual fundraiser campaign for children affected with cancer. In 2015, Colleen Ballinger raised funds for St. Jude Children's Research Hospital and followed it up in 2016, with donations for children who are cancer patients.
In 2019, her charity efforts raised $200,000, which she donated to the Children's Hospital in Los Angeles and the nonprofit charity, Family Reach. Her efforts also raised $1.3 million for the St. Jude Hospital. The Youtuber from California collected and contributed $223,000 in 2020 and $263,000 in 2021.

What awards has Colleen Ballinger won?

Colleen Ballinger has said that she loves playing the ukulele and has a vast collection of them at her home in California.