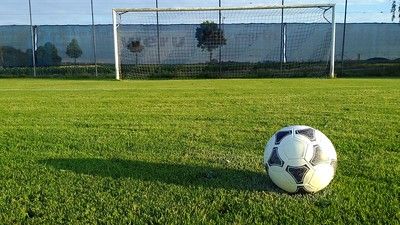 Underwood played defensive end for the team Illinois State before he signed on to the San Diego Chargers as an undrafted free agent in 2014. He also spent time on the practice squads of the Oakland Raiders and Philadelphia Eagles throughout his career.

Underwood appeared as a contestant on the 14th season of the TV show 'The Bachelorette' and later was announced as the main of the 23rd season of 'The Bachelor.' He is the first male lead in the history of the series to come out as homosexual. To find out more about this American football player turned television reality star, continue reading.

What is Colton Underwood's net worth?

It's unclear how much he's worth from a professional soccer player, reality television star, and even producing his show for Netflix. However, some reports indicate his net worth is around $1 million.

How much does Colton Underwood earn per year?

How tall is Colton Underwood?

How old is Colton Underwood?

On January 26, 1992, Colton Underwood was born in Indianapolis, Indiana. His father's name is Scott Underwood, and his mother's name is Donna Underwood. His father and mother were also star athletes and played for Illinois State University.

Scott Underwood, his father, played soccer for the team Illinois State Redbird from 1986-to 1989. Colton Underwood's mother, Donna Underwood, played volleyball on the ISU team from 1986 to 1990.

In 2010 Colton Underwood graduated from the Washington Community High school. Later he attended Illinois State University and followed in his father's footsteps to play college soccer for the Illinois State Redbirds.

Colton Underwood has one younger brother whose name is Connor Underwood.

Who is Colton Underwood dating?

In 2016, Colton Underwood and Aly Raisman began dating after meeting in Los Angeles. Their romance, however, came to an end, with the couple claiming their busy training schedules and frequent travel as the primary reasons for the breakup, although they claim to be in a good place and still communicate frequently.

He started dating co-star Cassie Randolphs after meeting her on season 23 of 'The Bachelor.' Underwood broke the traditional protocols of the show by preemptively confessing his love for Randolph. Underwood and Randolph were together from November 2018 through May 2020.

Underwood was believed to be dating Democratic strategist Jordan C. Brown after the two were sighted vacationing together in Hawaii on September 1, 2021, which he verified in December 2021 in a birthday post for Brown. In February 2022, Underwood revealed that he and Brown had been engaged the month before, just after his 30th birthday.

Indianapolis-born Colton Underwood signed with the Philadelphia Eagles practice squad on September 3, 2014. On September 9, 2014, he was released from the same squad.

On December 1, 2015, Underwood signed with the Oakland Raiders to their practice squad. The Raiders waived him on August 29, 2016.

In 2018, Colton Underwood shifted his career into reality television. The former NFL player appeared as a contestant on the 14th season of 'The Bachelorette.' The 14th season's bachelorette was Becca Kufrin.

After he was eliminated in week eight of 'The Bachelorette,' Underwood joined the cast of 'Bachelor In Paradise' for season five. Underwood, during this time, linked up with fellow contestant Tia Booth for a brief amount of time. But the couple ended their relationship in the fourth week of the show and exited Paradise separately.

On September 4, 2018, ABC announced that Underwood would be the lead on The Bachelor's 23rd season. The announcement received mixed reactions from fans. According to ABC, Colton began filming for the show on September 21, 2018. Underwood had already met three of his cast members earlier on 'The Ellen DeGeneres Show.'

The entertainment news outlet 'Variety' announced in April 2021 that Underwood was working on his very own Netflix series. 'Coming Out Colton,' a six-episode Netflix series, aired on December 3, 2021. He meets openly gay public figures, including Gus Kenworthy, Michael Sam, and CMT anchor Cody Alan in the series.

Colton Underwood also wrote his book in 2020, named 'The First Time: Finding Myself And Looking For Love On Reality TV.' The book is a fascinating and eye-opening peek behind the scenes of his drama-filled season on the hit reality program 'The Bachelor.' In 'The First Time,' Colton discusses how the Bachelor franchise helped him find himself and true love at the same time. 'He offers an authentic and lovable experience through 'The Bachelorette,' 'Bachelor in Paradise,' and 'The Bachelor', and what has transpired with Cassie Randolph since his season ended, free of cameras and commercial interruptions.

In January 2016, the Colton Underwood Legacy Foundation was established to generate funds for cystic fibrosis research and its related medical equipment.

Colton Underwood founded the organization after his cousin was diagnosed with the condition. The charity launched a project in January 2018 to give AffloVests (Airway Clearance Therapy that is entirely mobile for people with severe respiratory disorders) to children around the United States.

What awards has Colton Underwood won?

In 2019, Colton Underwood won the 'Most Meme-able Moment' award at the 'MTV Movie and TV Awards.' The moment came from his appearance on 'The Bachelor' where he jumped off a fence after saying his emotional goodbyes to contestant Cassie Randolph.

In the same year, he won the 'Fan Favorites' award at the 'Reality TV Awards.'

He was also nominated at the 'People's Choice Awards' for the 'Competition Contestant of 2019'.

We would love your help! If you have a photo of Colton Underwood, either of them alone or a selfie that you would be happy to share, please send it to [email protected].
If you have knowledge or information that you think would help us improve this article, please contact us.