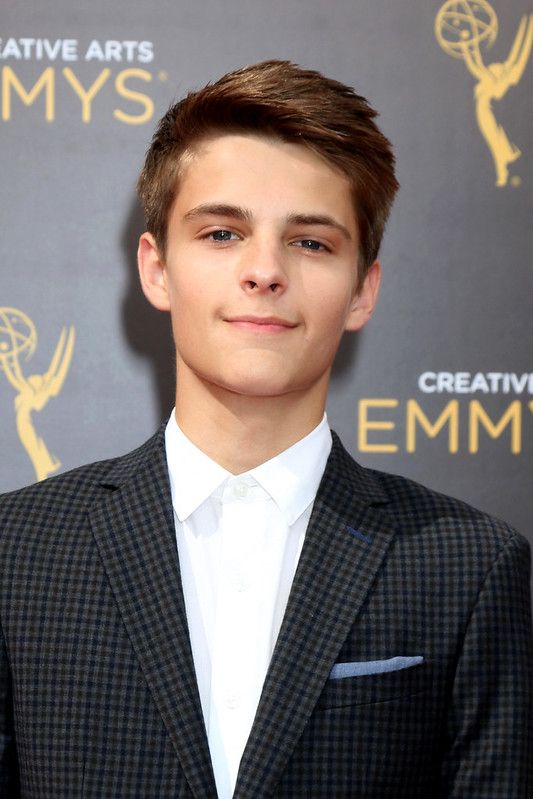 Corey Fogelmanis is one of Hollywood's most renowned and promising young actors.

Corey Fogelmanis started his career at six, and since then, he has been featured in several movies and television series. His role in Disney's 'Girl Meets World' has made him a well-known face across the globe, and today, he is one of the most sought-after actors in America.

Read on to find out all about his life and career.

What is Corey Fogelmanis’s net worth?

How much does Corey Fogelmanis earn per year?

American actor Corey Fogelmanis earns quite a lot from his acting endeavors. He also does several brand promotions and endorsements and makes $4,000-6,667 for each brand promotion on his Instagram account. However, he has not revealed his exact yearly income to the media, so we cannot confirm it but his net worth is around $2 million.

How tall is Corey Fogelmanis?

How old is Corey Fogelmanis?

The famous young actor Corey Fogelmanis was born on August 13, 1999. He hails from Oaks, California, in the USA. Corey's current age is 22, and he will celebrate his 23rd birthday in 2022. His sun sign is Leo.

Corey Fogelmanis was born on August 13, 1999, in California, USA. He is the son of Dain Fogelmanis and Shannon Fogelmanis. He also has a younger sister, Baylee Fogelmanis. Corey grew up with his parents and younger sister in their family home in California and finished high school in his hometown. Corey Fogelmanis is an ardent animal lover and has three dogs and a cat as pets. He spends his leisure time playing with them and also frequently indulges in animal rescue operations across the state.

Corey Fogelmanis was fascinated with the world of acting from a young age and focused all his energy on mastering the nuances of the art. His parents, Shannon and Dain Fogelmanis, encouraged him to become a professional actor. He started his acting career at six and later attended the Broadway Artists Intensive Workshop in New York. Corey Fogelmanis is yet to graduate from a university and wants to maintain a balance between his acting career and education. He also plans to learn more artistic skills from reputed institutions worldwide.

Who is Corey Fogelmanis dating?

Corey Fogelmanis is rumored to be dating his 'Girl Meets World' co-star Sabrina Carpenter. The duo met in 2015 on the set of this popular television series, which propelled both of their careers and developed a close bond. Sabrina and Corey played Maya Hart and Farkle Minkus in the series and garnered a massive fan following worldwide.

However, Sabrina and Corey have consistently denied the rumors of their relationship, saying that they are best friends and supporters of each other for life. As a result, we cannot confirm whether they are dating or not.

Corey Fogelmanis is known to be one of those promising young actors in Hollywood who has loved acting almost since birth. At the age of six, he began his acting career by participating in theater productions across America. Corey Fogelmanis has starred in eight productions, including 'Peter Pan' and 'Tinker Bell', acting in a full-house auditorium. He performed at the world-famous Pasadena Playhouse in Southern California in 2016.

Corey Fogelmanis made his on-screen debut as an actor in 2011 in the short film 'The Maiden And The Princess' where he grabbed every movie lover's attention by playing the evil sibling. He was featured in the Disney television series 'Partners' the following year. But Corey's life-changing role, which gave him celebrity status overnight, was in Disney's 'Girl Meets World'. He was initially a guest actor, but his terrific portrayal of Farkle Minkus convinced the series' makers to make the character a lead. Thus, Corey was featured in every episode of season one, amassing millions of global followers. Corey also appeared in the second and third seasons of 'Girl Meets World' along with Sabrina Carpenter.

Corey Fogelmanis also acted in 'Mostly Ghostly: One Night in the Doom House' in 2016, which increased his global fame. He starred in popular movies like 'I Didn't Do It', 'Squad Goals', 'School Spirit' and 'Moxie'. He also appeared in feature films like 'Deadly Scholars' and 'Ma'. 'Ma', a horror short film released in 2019, was Corey Fogelmanis' first Universal studio film, where he starred opposite Oscar-winning artist Octavia Spencer. Here, his acting was highly praised by the critics as well as the viewers. Corey's most recent venture is the television series 'Into The Dark', a horror project. Corey Fogelmanis' ability to adapt to every character to make it his own has made him one of the most sought-after actors in Hollywood.

Corey Fogelmanis has not actively participated in any charity work but he is an animal lover and frequently goes on animal rescue operations to help the strays.

What awards has Corey Fogelmanis won?

Corey Fogelmanis was nominated for Best Actor in the Teen Choice Awards for 'Ma' in 2019.

Corey Fogelmanis is multi-talented and has many interests. He is highly interested in photography and dancing. His dancing skills are terrific, and Corey has gained thousands of Instagram followers from his dance videos. He is also passionate about gymnastics and has many gymnastics videos on Instagram.