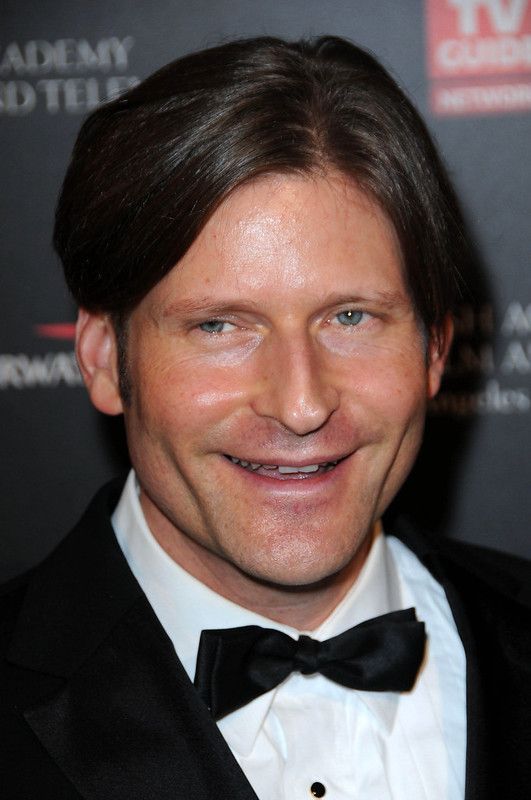 Crispin Glover is an American filmmaker, author, actor, and musician who was born in New York City in the U.S. on April 20, 1964.
His full name is Crispin Hellion Glover. Crispin Glover is well-known for playing exceptional characters on screen such as George McFly in the 1985 movie 'Back To The Future', Andy Warhol in 'The Doors', which was released in 1991, Layne in 1986 'River's Edge', and many more.
Other movies that feature Crispin Hellion Glover include 'Nurse Betty' in 2000, 'Alice In Wonderland,' etc.
The 'Alice In Wonderland' hero and his family moved to Los Angeles when he was five years old. His father's name is Bruce Glover, who was also an actor, and his mother was Marion Elizabeth Lillian Betty Krachey, who was a dancer and actress.
His middle name is Hellion and was earlier used by Bruce Glover as a false middle name who didn't like his real Germanic name, Herbert.
His mother is of German and Czech ancestry, and his father is of Czech, English, and Swedish descent. The residences of the 'Alice In Wonderland' hero are settled in the Czech Republic and Los Angeles. His residence in the Czech Republic, Zámek Konárovice, is situated towards the east of Prague and takes 45 minutes by train to reach it.
It is a 20-acre (0.08 sq km) chateau of the 17th century and has been categorized as historically significant by the government of Czech. He bought this piece of land with the hope of building his own sets for future film productions. His zodiac sign is a Taurus, and he is of American nationality.

What is Crispin Glover’s net worth?

The net worth of the star stands at $8 million, which he has accumulated through his acting, music, and work as a director.

How much does Crispin Glover earn per year?

The yearly earnings of the movie personality per year vary depending on the number of television series, movies, and other projects he does.

How tall is Crispin Glover?

How old is Crispin Glover?

From the first to the ninth grade, Crispin Glover attended the Mirman School. At Venice High, he completed grades 10 and 11. And for his 12th grade year, he attended Beverly Hills High School. It was in 1982 that he graduated.
The Beverly Hills High School student started his acting career at the age of 13. As a teenager, he took on roles in 'Family Ties' and 'Happy Days.' 'My Tutor,' released in 1983, was his first debut film role. After this, he did 'Friday The 13th: The Final Chapter' in 1984.
The 'Charlie's Angels' performer made his directorial debut with 'What Is It?', released in 2005, that featured actors with Down Syndrome. The movie premiered at the Sundance Film Festival. It took almost a decade to complete with a budget of only $150,000.
The 'Charlie's Angels' hero also worked with the well-known director Trent Harris on the third chapter for 'Beaver Trilogy'. It was titled 'The Orkly Kid', and the short film portrayed a small-town man who organizes a local talent show that highlights his obsession with Olivia Newton-John.

Who is Crispin Glover dating?

The director from New York is not married and does not have any children. He said that his busy career is one of the reasons that impacts this and is also why Crispin Glover feels unfit to be a father.
He feels that a father should always be there for his children, but he feels he won't be able to due to his work commitments. Crispin dated Penthouse magazine 'Pet Of The Month' star Alexa Lauren from 2002 to 2003.
Moreover, Crispin Glover had a lot of affairs with different personalities. From 2000 to 2002, he was with Jessica Addams, an American songwriter, singer, and visual artist.
From 2004 to 2005, Crispin dated a Russian model named Marina Drujko, and from 2005 to 2006, he was with Courtney Peldon, an American film star and actress. From 2007 to 2008, he dated Amber Heard, a television actress and an American film star. Amber Heard was 22 years younger than Crispin. He also had an affair with Trisha Paytas in December 2013, an American actress and YouTuber.
Fairuza Balk is an American visual artist, actress, and musician. They were together for a while and appeared at the Sundance Film Festival together in 2006 in Park City. This rumor resurfaced after Fairuza Balk posted about Crispin Glover on Facebook in 2011.

What awards has Crispin Glover won?

Crispin Glover started the company Volcanic Eruptions in 1980 which serves as the production company for his movies and book publishing. These titles include 'It Is Fine! Everything Is Fine' in 2007 and 'What Is It?' in 2005.
On July 28, 1987, Crispin Glover appeared on 'Late Nights' to promote 'River's Edge.' To everyone's surprise, he appeared wearing a wig and platform shoes. He behaved erratically and kicked his legs around in the face of the Lettermen, causing him to fall.
Glover has written 15 to 20 books, and 'Rat Catching' and 'Oak-Mot' were featured in his 'Big Slide Show' presentation. Some of his books have been published through his company, including 'The Backward Swing', 'Round My House', and 'A New World'.