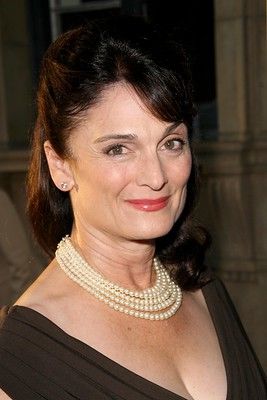 Cristine Sue was born on January 31, 1951.
The Hollywood actress was born in Lynwood, California, United States. Cristine Sue Rose, famously known as Angela Petrelli, was raised in Lynwood where all her childhood memories were made. Lynwood is no doubt her hometown.
Cristine Rose is a graduate of Stanford University, which is in California. Her Hollywood career took off when she was in her 20s and has been thriving ever since. She appeared in the tv shows such as; 'Friends', 'How I Met Your Mother' and 'Gilmore Girls' where the American actress made appearances in. Read more about her accomplishments and roles as an actress.

What is Cristine Rose’s net worth?

Cristine Rose's net worth is approximately $1 million according to sources. The actress's net worth is calculated by her assets and earnings. However, she prefers to keep information about her wealth as well as other personal details confidential.

How much does Cristine Rose earn per year?

Cristine Rose earns quite a bit from her career as an actress. Apart from acting being her source of income, she also earns a through modeling career. However, the correct details about her yearly income are not known.

How tall is Cristine Rose?

How old is Cristine Rose?

Who Is Cristine Rose's family?

Cristine Rose grew up with her family in Lynwood, however, the actress has kept details about her childhood experience and her family relations confidential.

Who is Cristine Rose Dating?

Cristine Rose's relationship status is single. She is supposedly not in any romantic relationship. The actress prefers to keep her love life private.

Cristine Sue Rose has been active in the film industry from 1977 to present. Her career involved starring in major tv movies and series as well as portraying different tv characters as a guest actress. She played Angela Petrelli in 'Heroes', a drama tv show in 2006. Her character is the mother of Peter and Nathan Petrelli. Cristine Sue Rose played the antagonist in the web series 'Heroes: The Recruit'.
In 2004, she appeared in the 'Friends' episode, 'The One With Phoebe's Wedding'. In the famous 'Friends' tv series, Cristine Rose played Bitsy Hannigan, the mother of Mike Hannigan. She portrays the character as an uptight mother. In 'How I Met Your Mother', she portrayed the character Virginia Mosby; Ted and Heather Mosby's mother. 'How I Met Your Mother' is a US sitcom on CBS that premiered in 2005.
Cristine Rose portrayed a recurring character Francine Hayden in the WB drama 'Gilmore Girls'. The tv actress co-starred with Jennifer Aniston in a short-lived tv series 'Ferris Bueller' from 1990-1991 which was a tv remake of the film 'Ferris Bueller's Day Off'. Later on, she joined Jennifer Anniston in the family tv series, 'Friends' where she appeared in a few episodes.
Cristine Sue Rose played Susan who was a recurring character on 'Ellen'. 'Ellen' is an American tv series that began on March 29, 1994, and ended on August 30, 1994. The actress appeared in this television series which initially aired on ABC as 'These Friends of Mine'.
Cristine Rose played Sloane, a Curtis Attorney in 'What Women Want' which aired in 2000.
Cristine Sue played Claire Pryce in 'Charmed'. She portrayed Sloane in a series of episodes in the first season of 'Charmed'.
Cristine Rose has also guest-starred in several Tv shows like 'Two And A Half Men' as Lenore where she portrays the character as Judith's mother, Jakes's grandmother, and Sheldon's wife. In 'Six Feet Under' she portrays Hannah. In 'The Mentalist' she played Pauline in one of the episodes of the tv series. The actress made an appearance in 'Pink Chanel Suite'.
In the famous tv series 'How To Get Away With Murder', Cristine Rose played Wenona Sansbury. Between 2016 and 2017, the tv personality appeared in two episodes. By this time, she had already gained fame and recognition.
In the tv series, 'Trial & Error' 2017, Cristine Rose played Josie Davis in eight of the episodes. Cristine Rose played a small role in 2009 in the tv movie 'He's Just Not That Into You' 2009 where she portrayed a wealthy divorcee. Cristine Rose was also a supporting character in 'Go Figure', a Disney family drama like Natasha Goberman.
The tv actress has also starred in numerous movies. Cristine Rose starred in 'The Irvine Fertility Scandal' television movie in 1996. In the television movie 'Muffin Top: A Love Story', Cristine Rose played Deborah.
Other movies and shows Cristine Rose has made an appearance in are '7th Heaven', 'Life Goes On', 'Days Of Our Lives', 'The Wonder Years', 'Clueless', 'Murder, She Wrote', 'Boston Legal', 'Life With Bonnie', ' The Jamie Foxx Show', 'Growing Pains', 'The Nanny', 'NCIS: Los Angeles', 'Chigaco Hope'.