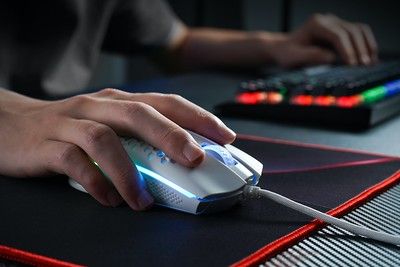 Cryaotic, also known by his many aliases like ChaoticMonki, Cry, and so on, is a Twitch streamer, gamer, and voice actor.

Born on June 11, 1989, the gamer has garnered a strong fan following and popularity over the last few years. Behind all of these fake names and aliases, lies a man whose real name is Ryan Terry.

Originally from Binghamton, the person in question initially started his channel as a gamer. His specialties are indie, adventure, stealth, and horror games. Apart from gaming, Cryaotic also reads creepypastas as well as famous stories that have recently gotten very popular on the net.

Cryaotic rose to popularity on YouTube for his videos of 'Let's Play', which he renamed 'Cry Plays'. Another reason why he blew up so much in popularity is that he collaborated with one of the biggest names among YouTubers, PewDiePie. Fans, especially female fans, are said to be obsessed with his angel-like voice and his calm and cool personality.

His passive attitude during 'Cry Plays' helped him create a meaningful connection with his viewers. Cryaotic soon became well known for his impromptu skits as he embraced various kinds of personas related to the games he played and then acted them out, entertaining his viewers and making the whole gaming process much more enjoyable to watch. Cryaotic saw a big surge in his follower count after he released a video titled 'Hangover Cure', where he verbally read a BL fanfiction written by his fans about himself and his streaming buddy, Russ Money. Almost 90% of these new followers were females.

Throughout the time of his career, Cryaotic has never revealed his face and has made it extremely clear that he has no intention of doing so in the future either. Unlike many streamers who hide their identities, however, fans are aware of Cryaotic's real name, which is Ryan Terry, as well as his location.

What is Cryaotic’s net worth?

How much does Cryaotic earn per year?

No details are available regarding the annual income of the video game player.

How tall is Cryaotic?

Details on the height of the video game player are unavailable.

How old is Cryaotic?

Cryaotic, or Ryan Terry, will be turning 33 this year on June 11 in accordance with his birth year, which is 1989.

Cryaotic has refrained from revealing any information about his personal life. He was even against revealing his face to his own fans. Despite such strong reluctance, some die-hard fans ended up finding out about Cryaotic's current location, which is Florida. Following that incident, Cryaotic has made sure to take necessary steps in order to keep private information about himself under wraps.

The only family members that Cryaotic has mentioned are his younger brother and his sister, who is two years older than him. Other details regarding his family, parents, or siblings are unavailable to the public.

Who is Cryaotic dating?

Cryaotic has confessed to dating Cheyenne Avila. The couple met when the former was 21 years old and the latter was just 16 years old. After dating for quite a while, the couple broke up for unexplained reasons. Although, fans speculate that it had something to do with the controversy that surrounded them at the time.

Cryaotic is best known as a gamer who streams his games on YouTube. Cryaotic is an extremely popular YouTube gamer who enjoys a fan following across the world.

Cryaotic once hosted a live stream with his streaming buddy, Russ Money, and titled it 'Late Night With Cry And Russ'. They went online with the live stream every Saturday night. Cryaotic and Russ were joined by many other streamers as well, and the entire team came to be known as the Late Night Crew, or LNC. The members of this crew, apart from Cryaotic and Russ Money, were Scott Jund and Snake. After the entire controversy with Cryaotic, Russ Money announced on June 24, 2020, that LNC was officially disbanding.

His popular game videos are ‘No Room In Hell', ‘Beyond: Two Souls', ‘The Last Of Us', and ‘The Wolf Amongst Us.'

Cryaotic also co-hosts the Twitch variety show ‘Late Night With Cry And Russ'. The other host who works with him is Russ Money.

He is an avid story lover and releases videos on short stories regularly on his YouTube channel. His vocal range is dearly enjoyed by his fans.

After working hard for weeks and months and years, Cryaotic finally started seeing his channel gain popularity, bringing in more and more followers with every passing day. And soon, he found himself hitting the one million subscribers mark, which is a big milestone.

What awards has Cryaotic won?

While he has not won any awards, he has enjoyed a considerable fan following ever since the release of his first video.

Cryaotic has mentioned his hobby entails reading fan emails and answering them.

Other Interesting Cryaotic Facts And Trivia

We would love your help! If you have a photo of Cryaotic, either of them alone or a selfie that you would be happy to share, please send it to [email protected]. If you have knowledge or information that you think would help us improve this article, please contact us.