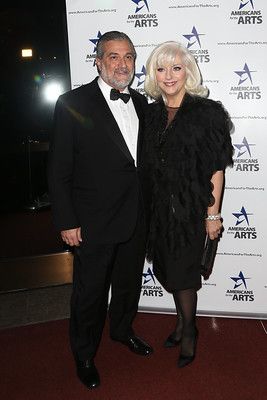 She is a distinguished entrepreneur, philanthropist, and activist, best known for being the non-profit organization Born This Way Foundation's president. In addition to that, she is also the mother of the renowned singer-actress Lady Gaga and the famous fashion designer Natali Germanotta.

Cynthia Germanotta is a graduate of West Virginia University and George Washington University, where she studied public administration and obtained her master's degree. During her college years, she was a member of a women's fraternity called Chi Omega. Coming from a low-income family, Cynthia Germanotta and her husband used to run an Italian restaurant in New York and struggled a lot to raise their daughters.

Let's explore the biography of Cynthia Germanotta and learn more about her age, height, annual income, net worth, and family life.

What is Cynthia Germanotta's net worth?

Cynthia Germanotta is a renowned entrepreneur with a net worth of $5 million.

How much does Cynthia Germanotta earn per year?

Unfortunately, the president of Born This Way Foundation has not revealed her annual income publicly.

How tall is Cynthia Germanotta?

How old is Cynthia Germanotta?

Cynthia Germanotta was born in Wheeling, West Virginia, to her mother, Veronica Rose Ferrie, and her father, Paul Douglas Bissett. Her birth name was Cynthia Louise Bissett. Cynthia's father was an insurance agent at State Farm, and her mother was a homemaker. Talking about her ethnicity, Cynthia's father, Paul Douglas, was of German, English, and Schottish descent, while her mother, Veronica Rose, belonged to Italian ancestry.

Germanotta grew up in West Virginia with two siblings: a younger sister named Cheryl Ann and an elder brother named Paul Douglas. She attended John Marshall High School, where she completed her graduation. After that, she enrolled at West Virginia University, where she became a cheerleader and joined Chi Omega. Finally, Cynthia went to George Wahington University and obtained her master of arts degree in public administration.

Following her graduation, Cynthia joined Verizon and started working as a telecommunication executive.

Who is Cynthia Germanotta's partner?

Talking about her personal life, Cynthia Germanotta is a married woman. Her husband is Joseph Germanotta. Even though it is not known when the couple first met and when they got married, it is known that they have two celebrity daughters: the famous stylist Natali Veronica Germanotta and the renowned singer-actress Stefani Joanne Germanotta (Lady Gaga).

Joseph Germanotta is an internet entrepreneur who is also one of the directors of the non-profit organization Born This Way Foundation.

To begin with, Germanotta started her professional life as a telecommunication executive at Verizon. She worked there for 25 years before she and her daughter Lady Gaga came together and founded the Born This Way Foundation.

Germanotta is associated with the Ronald O. Perelman Heart Institute and supports its Council on Women's Heart Health. In addition to that, she is also a member of the University of Nebraska-Lincoln's Empowerment Initiative.

Along with her husband, Cynthia also ran an Italian restaurant called Joanne Trattoria in New York for a long time.

After addressing the UN General Assembly in 2018 on behalf of the Born This Way Foundation, Germanotta commenced the United for Global Mental Health initiative.

What awards has Cynthia Germanotta won?

Over the years, Germanotta and the Born This Way Foundation won several awards for advocating youth mental health. Some of her accolades include the Award for Outstanding Achievement from the Family Online Safety Institute, the Special Friend to Children Award from the National Association of School Psychologists, and the No Place for Hate Making a Difference Award from the Anti-Defamation League.

In 2015, she received the Humanitarian Award from The Columbus Citizens Foundation.