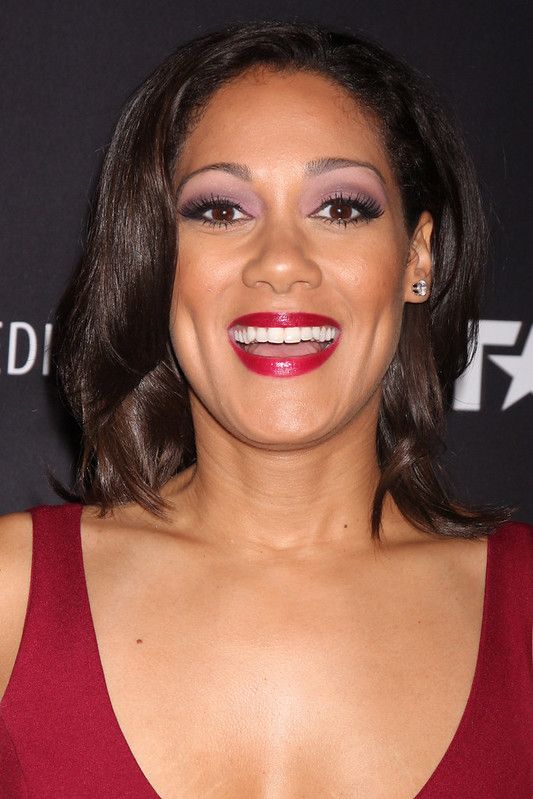 The Theatre School at DePaul University

Her role as Lilly Beauchamp in the American drama series 'Chicago Code' was received exceptionally well by the critics as well as the general audience. Lilly Beauchamp was the love interest of the main protagonist as well as a recurring character in the series.

Born in Berlin, Germany, Cynthia McWilliams moved to the United States at an early stage with her parents and settled in Chicago. She grew up in Chicago and completed her primary education there.

Cynthia McWilliams is also a student of the prestigious The Theatre School at DePaul University where she studied acting and honed her skills at the start of her career. She portrayed Trina Shaw in the 2013 television series 'Real Husbands Of Hollywood'.

McWilliams went on to act in the drama movie 'Of Boys And Men' released in 2008, and the 2012 film 'One Small Hitch'. She has also played a character in 'Survivor's Remorse', 'The Exes', and 'Almost Home' episodes.

McWilliams has even voiced video game characters such as Holly Tanaka in 'Halo 5 'as well as Misty Knight in the popular video game 'Marvel Heroes'. Cynthia is a versatile actor who has lent voices for characters in computer games like 'The Amazing Spider-Man 2'. She has co-starred alongside the biggest names in Hollywood for several successful projects.

What is Cynthia Kaye McWilliams's net worth?

Cynthia Kaye McWilliams' net worth is estimated to be around $400,000.

How much does Cynthia Kaye McWilliams earn per year?

Cynthia McWilliams's earnings per year are not known.

How tall is Cynthia Kaye McWilliams?

How old is Cynthia Kaye McWilliams?

Cynthia Kaye McWilliams was born in Berlin, Germany, and raised in Kansas City, Kansas. She attended the Sumner Academy Of Arts And Sciences. Later, she attended The Theatre School of DePaul University in Chicago, after which she moved to Los Angeles, California, for better work opportunities. Her plays at The Theatre School at Depaul University in Chicago also helped her receive several well-deserved accolades for her acting.

Who is Cynthia Kaye McWilliams dating?

Cynthia Kaye Mcwilliams' personal life remains much of a mystery. She is not currently known to be in a romantic relationship with anyone and is presumably single.

McWilliams relocated from Chicago to California in the quest of landing her dream role as actor Damon Wayans' spouse in a CBS sitcom. Some months after the pilot was canceled, she was cast as a regular cast member alongside actor Kevin Hart in the NAACP satire 'The Real Husbands Of Hollywood' (2013). While filming five seasons of the show, McWilliams had recurring appearances on STARZ's 'Survivors Remorse', ABC's 'Nashville', Amazon Prime's 'Bosch', as well as the pilot of the NBC film 'Love Is A Four-Letter Word' (2007).

In 2005, Cynthia McWilliams landed a recurring role as Kacee Franklin, C-Note's wife, in the Fox drama series 'Prison Break'. She co-starred in two independent films including 'Of Boys And Men' (2008) and 'One Small Hitch' (2012).

Cynthia McWilliams landed a supporting part in Warner Brothers' 'The Lake House' right out of college, succeeded by a recurring role on Fox's 'Prison Break'. She appeared in 'Prison Break' for about five seasons until the show ended in mid-2017. She went on to star in a FOX pilot called 'Family Practice', as well as another Fox series called 'Chicago Code'.

Cynthia McWilliams acted in front of a live crowd at Sunset/Gower Studios in her role as Regina on the Netflix show 'Prince Of Peoria' (2018) She made her Geffen Playhouse debut in Inda Craig-Galván's drama 'Black Super Hero Magic Mama', and she co-starred with the cast of Disney Channel's original 'Upside Down Magic,' which is currently available on Disney+.

McWilliams supports several causes for women's rights and equality in all forms. She has appeared in several fundraisers besides her 'Real Husbands Of Hollywood' co-star Kevin Hart to raise awareness for social welfare.

McWilliams starred in the 'Real Husbands Of Hollywood', a critically acclaimed satire that received the National Association for the Advancement of Colored People or NAACP award.

Cynthia Kaye Mcwilliams has voiced her support for education in the arts. She frequently talks about the importance of traveling and appreciating a variety of cultures. Her love of food and wine is evident across her social media accounts as well as in past interviews with the press.