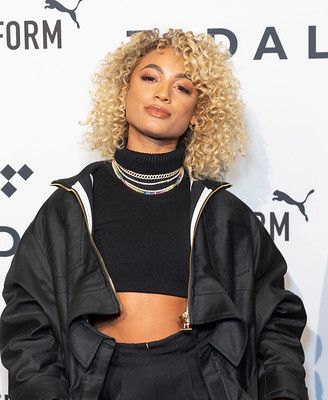 She became famous after working on her single music video titled 'Breakfast Can Wait', with musician Prince. Her real name is Danielle Leigh Curiel but she is best known as DaniLeigh.

DaniLeigh started her career by recording cover songs of popular songs and posting them on her YouTube channel. She was asked by Prince Rogers Nelson to direct the video 'Breakfast Can Wait' and then released her single 'D.O.S.E.', in 2015.

What is DaniLeigh’s net worth?

The total net worth of Danielle Leigh Curiel is estimated to be about $3 million, as of 2022. She earned this much revenue from her primary profession as a singer and songwriter. Her total net worth includes her assets, liabilities, income, money, bank accounts, vehicles, and real estate.

How much does DaniLeigh earn per year?

The annual income of DaniLeigh is estimated to be about $250,000 per year. She earns a lot from her singing and dancing career.

How tall is DaniLeigh?

How old is DaniLeigh?

Danielle Leigh Curiel was born on December 20, 1994, in Miami, South Florida. She was born to her father, Vladimir Curiel, who is a famous internet personality, and her mother, Vicky Curiel, who is an entrepreneur.

She completed her studies in her hometown. But, no information is available about her educational qualifications.

Who is DaniLeigh dating?

DaniLeigh has a past relationship with boyfriend DaBaby, a well-known rap star. They publicly announced their relationship in 2020, but after two months of the announcement, they separated. They both have a daughter together, whose name is not known yet.

She appeared with musician Prince in 'Breakfast Can Wait'. She is also best known as the director of this music video. She is also recognized for releasing her single EP titled 'Summer With Friends.'

She has also worked on popular music albums like 'My Present,' 'The Plan,' 'Movie,' 'Summer with Friends,' and 'In My Feelings.'

After signing with Def Jam Records, she released her first EP, 'Summer with Friends' in 2017. She also released another EP, 'The Play' in 2018, which had many star rappers, like Lil Yachty, and Lil Baby.

She also released songs like 'Lil Bebe' with Lil Baby and 'Easy' with Chris Brown.

DaniLeigh has organized funds for a little fighter named Vivian Jean Mallis, who was suffering from stage four heavy risk of Neuroblastoma in November 2016. Dani has supported her, and she made a recovery after so many surgeries, chemo, and therapies.

What awards has DaniLeigh won?

DaniLeigh has not won any awards to date but has received a nomination for Best New Artist at the BET Awards 2020.

DaniLeigh loves dancing as her profession. She also enjoys driving. She also loves watching videos on YouTube in her spare time.

Neymar is her favorite footballer. Her favorite cricketer is Rohit Sharma.

Other Interesting DaniLeigh Facts And Trivia