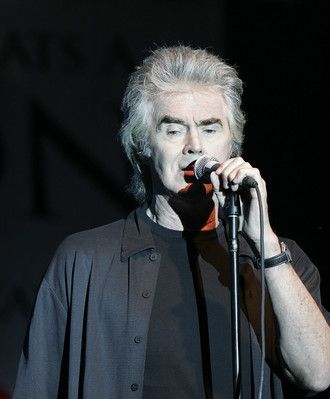 On September 10, 1942, Danny Hutton was born.
Danny Hutton worked for Hanna Barbera Records from 1965-1966 as a songwriter and singer. During his time as a recording artist for Hanna Barbera Records, Danny Hutton achieved a national hit with the successful single 'Roses and Rainbows', as a solo artist.
As a recording artist for Hanna-Barbera Records, Hutton was ranked 73 on the Billboard Hot 100 with 'Roses and Rainbows', in 1965, before forming the popular band, Three Dog Night. In 1967, Hutton and Cory Wells came up with the concept of forming a three-vocalist band, and they enlisted friend, Chuck Negron. Hutton was said to be the best singer amongst them.

What is Danny Hutton’s net worth?

Danny Hutton has a net worth of $4 million.

How much does Danny Hutton earn per year?

Information is not available.

How tall is Danny Hutton?

How old is Danny Hutton?

Danny Hutton was born in Buncrana, Donegal, Ireland, on September 10, 1942. He was named Daniel Anthony Hutton at birth, and later, went by the stage name Danny Hutton. The September-born singer's zodiac sign is Virgo.
His family immigrated to America from Ireland when he was four years old. They first lived in Boston before moving to Beachwood Canyon, Los Angeles.

Who is Danny Hutton’s partner?

Danny Hutton was dating June Fairchild, and none of his other past relationships is known. In 1981, Hutton got married to Laurie Anne Gaines, and their union resulted in the birth of two sons.
His son, Dash Hutton is a drummer, sound engineer, and singer. Dash Hutton was a member of Haim's rock band and toured with them.

Danny Hutton, Chuck Negron, and Cory Wells performed the vocals for Three Dog Night. According to the official commentary on the CD set 'Celebrate: The Three Dog Night Story', the name was proposed by June Fairchild, Hutton's ex-girlfriend. In an article in a magazine, she read about the native Australians who used to sleep in pits with two dogs on cold nights and three dogs on freezing nights. Hence, the band was named Three Dog Night.
In 1969, the Three Dog Night had their first Top Ten hit with 'One'. A year later, 'Mama Told Me (Not To Come)' topped the charts. In 1971, the group's biggest hit was 'Joy to the World.' In 1972, 'Black and White' out striped the Hot 100. In 1974, they had their final Top Ten hit with 'The Show Must Go On.' From 1969 to 1975, they had 21 successful songs, including 12 consecutive gold albums and 11 Top Ten hits. Danny Hutton performed as lead vocalist on 'Black and White' and the Top Ten song ‘Liar.’
By 1976, the hits had ended, there had been multiple member changes, Negron was performing lead vocals on several of their songs, and Hutton had quit the band; The Three Dog Night group disbanded formally, in 1977. Reb Foster and Associates of Beverly Hills handled Three Dog Night at the time, and Concerts West promoted the band's shows. In the early ’80s, the band reformed, with Hutton and Wells joining founding members Allsup and Greenspoon.
On October 20, 2015, Wells died, and Greenspoon died on March 11, 2015. Together with Michael Allsup and the rest of the band, Hutton continues to lead Three Dog Night on tour throughout the United States and Canada.