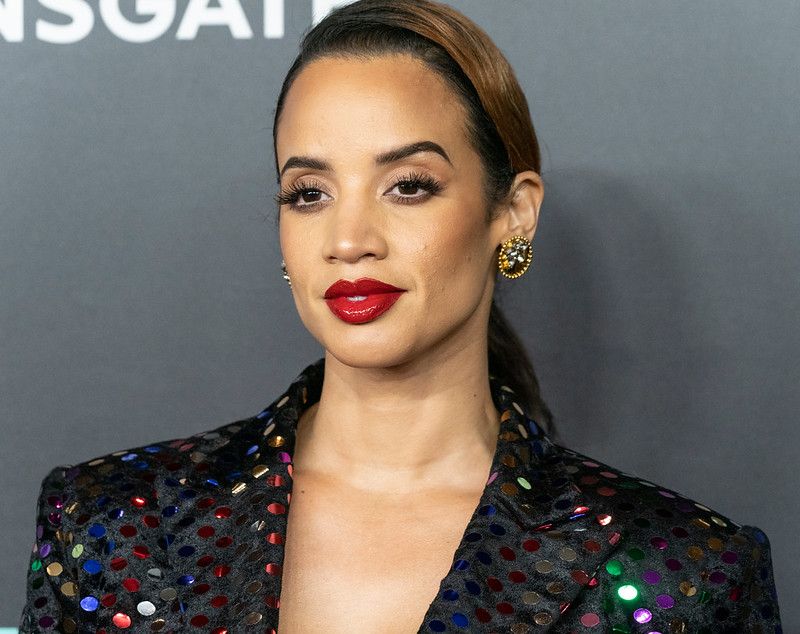 What is Dascha Polanco's net worth?

Dascha Polanco is one of the TV actresses with a high net worth. Dascha Polanco's net worth is estimated to be $5 million as of 2022, according to Wikipedia, Forbes, and Business Insider.

How much does Dascha Polanco earn per year?

How tall is Dascha Polanco?

How old is Dascha Polanco?

Polanco's birthplace is in Santo Domingo, Dominican Republic, and the family immigrated to the United States when she was a child. Her father, Rubén Darío Polanco, was a mechanic, and her mother, Janet Polanco, a cosmetologist, raised her in Sunset Park, Brooklyn, and Miami. Polanco is the oldest of three siblings, with a younger brother and sister.
She graduated from American Senior High School and went to Hunter College. Dascha went up about her fight with depression and mental health after not only becoming a mother at the age of 18 years but also after her mother died at the age of 46 years, leaving the teen mother alone to raise her daughter. Polanco has two children, a daughter, Dasani Kristal Gonzalez and a son Aryam Gonzalez . Her daughter layed a younger version of Polanco's character in the fifth season of 'Orange Is The New Black'.

Who is Dascha Polanco dating?

Details about Dascha's husband has yet to be revealed, and it is also unknown whether she is married or in a relationship. However, in 2015, she dated Travis Scott, a popular rapper, singer, songwriter, and record producer. She recently spoke about her fiancé and three kids. They met at the Dominican Day parade, and he is her biggest supporter. While the actress's connection with her family is 'complicated', she claims she has her partner and three children to keep her company.

Since Dascha Polanco was a child, Polanco has wanted to be an actor, but she 'always feared auditioning because of weight.' Hence, she went to Hunter College and earned a bachelor's degree in Psychology.
Dascha Polanco began working in the healthcare field after college to pursue her dream of becoming a nurse. Her fiancé urged her to attempt acting again. He paid for her enrollment with an acting studio as a gift while working as a hospital administrator at Montefiore Medical Center in the Bronx while studying nursing.
She studied at BIH Studios in New York, where she was discovered by Shirley Grant Management, a talent agency. Dascha's first acting credits were in the television series 'Unforgettable' and 'NYC 22'.
Dascha Polanco's acting career began at an early age. She made her television debut in 2011 with the serial 'Unforgettable.' Polanco made her full-time acting debut in 'Orange Is The New Black' series in 2012, playing 'Daya' Diaz, a female inmate in a women's jail.
In 2013, Polanco made her debut in the feature film 'Gimme Shelter' after which she again returned to the second season of 'Orange Is The New Black' . She was elevated from occasional character to the series regular for the show's third season in June 2014, released in June 2015.
She starred in 'The Perfect Match's comedy film and appeared in The 'Cobbler And Joy'. Polanco had a regular part in the Netflix shows Russian Doll and 'When They See Us' in 2018. She had a recurring role in the Netflix series 'The Assassination Of Gianni Versace: American Crime Story' in 2019. Polanco starred as Cuca, one of the primary salon ladies, in the film 'In The Heights' in 2021.

Dascha Polanco has donated to the American Heart Association and the American Stroke Association, among other causes. Dascha volunteers with the Starkey Hearing Foundation, a non-profit organization that works to improve people's lives worldwide.

What awards has Dascha Polanco won?

Dascha Polanco has been nominated for several awards, including the Gold Derby Awards, the Hollywood Music In Media Awards (HMMA), and others. She has received numerous awards, including Screen Actors Guild Awards and Indie Grits in the United States.

Dascha Polanco is listed among the most popular TV actresses and included in the elite list of famous Dominican Republic celebrities.
Dascha Yolaine Polanco is her original name. Every year on December 3, Dascha Polanco celebrates her birthday.
Dascha Polanco had appeared in at least 10 movies till 2022.
She has an American Nationality.
Dascha Polanco grew up in the Sunset Park neighborhood of Brooklyn.
Dascha Polanco's daughter, Dasani Gonzalez, played younger version of Polanco's character named Daya Diaz, in season five of 'Orange Is The New Black'.
She is well educated, and her religion is Christianity.
According to astrologers, her birth sign is Sagittarius.
Although she wanted to be an actress from an early age, she started acting at 28 years of age.
Main image credit: lev radin /Shutterstock