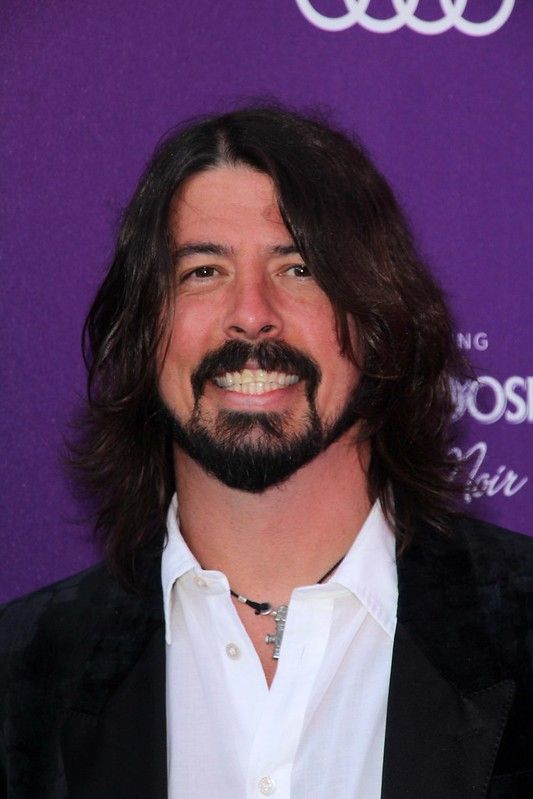 Dave Grohl started his career with local school bands and rose to international fame. He has shared the stage with 'Nirvana' and Kurt Cobain, 'Foo Fighters,' Mick Jagger, 'Tom Petty And The Heartbreakers', and 'Them Crooked Vultures.'

Here is the interesting part of his career: he used a thorn for performance. Dave Grohl hurt his leg during a gig in Gothenburg, Sweden, on June 12, 2015. He created a massive elevated throne to enable him to perform live with a broken leg on the 'Foo Fighters' North American concert tour.

On July 4, the throne was displayed at a performance in Washington, D.C. 'Foo Fighters' marketed the band's North American tour as the Broken Leg Tour. After Axl Rose of 'Guns N' Roses' fractured his foot in 2016, Dave Grohl offered his throne to him and later to Darin Wall of the Seattle metal band 'Greyhawk.'

What is Dave Grohl's net worth?

Dave Grohl has a net worth of a whopping $320 million earned throughout his career as a musician.

How much does Dave Grohl earn per year?

The information regarding Dave Grohl's annual earnings is not known.

How tall is Dave Grohl?

How old is Dave Grohl?

David Eric Grohl was born to Virginia Jean, a teacher, and news writer, and James Harper Grohl, in Warren, Ohio, on January 14, 1969. He started learning guitar when he was 12 years old.

Dave Grohl's mother thought he should move to Bishop Ireton High School in Alexandria. He spent two years there, commencing with a rerun of his first year. He was transferred to Annandale High School after his sophomore year.

Dave Grohl's cousin Tracey exposed him to punk rock. ‘Naked Raygun’ was his first show, which took place at Chicago's Cubby Bear in 1982.

Who is Dave Grohl's partner?

Dave Grohl was a member of various local bands during high school; he trained himself to play the drums, including a spell as a guitarist. He moved to drums after 'Freak Baby' fired its bassist and reshuffled its roster, and the emulsified band retitled itself as 'Mission Impossible.'

Dave Grohl tried joining shock-rockers 'Gwar.' He auditioned for local Washington, D.C. favorites' Scream' at 17 to plug the space created by drummer Kent Stax's departure. He falsified his age to be accepted for the role, claiming to be older. He quit school in his sophomore year to join the band.

Neil Peart, the drummer for 'Rush,' inspired Dave Grohl. He claimed John Bonham as his most significant influence during his formative years as a drummer and had Bonham's three-rings emblem tattooed on his right shoulder. Before disbanding, 'Mission Impossible' relaunched as 'Fast,' and he entered the hardcore punk band 'Dain Bramage' in 1985. After producing the 'I Scream Not Coming Down' LP, he abruptly left 'Dain Bramage' in March 1987 to join 'Scream.'

On the advice of guitarist Buzz Osborne, Dave Grohl joined 'Nirvana' band members in 1990 as a drummer. He spent the first months of 'Nirvana's' career touring different labels searching for a deal, and subsequently signing with DGC Records. The'Nirvana' band approached Sound City Studios in Los Angeles in the spring of 1991 to record 'Nevermind.' Meanwhile, he composed and recorded his material, which he published on the indie label Simple Machines in 1992 on a cassette called 'Pocketwatch.' He issued the tape under the moniker' Late!' rather than his real name.

Dave Grohl retreated after Kurt Cobain's demise in April 1994, unsure what to do. He booked studio space at Robert Lang Studios in October 1994 and swiftly made a 15-track demo of studio albums. After that, he started 'Foo Fighters' as the lead singer and one-person band. 'The Color And The Shape,' the second debut album of 'Foo Fighters,' was released in May 1997 and confirmed the 'Foo Fighters' band's status as a rock radio mainstay with bassist Nate Mendel, guitarists Pat Smear and Chris Shiflett, drummer Taylor Hawkins, and keyboardist Rami Jaffee.

With the success of 'Foo Fighters,' Dave Grohl's life of nonstop traveling continued. He hailed the recording process as intoxicating at moments. He was at the top of the modern rock charts for 17 out of 18 weeks from October 26, 2002, to March 1, 2003, as a part of three distinct bands.

Dave Grohl has been engaged in various musical endeavors in addition to his primary bands. He spent considerable time in his basement studio in the early 2000s, creating and recording songs as a songwriter for a metal project with the help of his favorite metal soloists from the '80s to record the songs' vocals. Under the moniker 'Probot,' the project was launched in 2004.

'Them Crooked Vultures,' Dave Grohl worked with 'Queens Of The Stone Age' Josh Homme and John Paul Jones. On August 26, 2009, the band made their first gig concert appearance in the United Kingdom, with an exceptional performance at Brixton Academy in London.

A portion of Dave Grohl's fortune has also been donated to charity. He has given to over 15 charities and organizations, including autism support groups, boys & girls clubs, children's cancer treatments, literacy initiatives, marriage equality movements, and others.

What awards has Dave Grohl won?