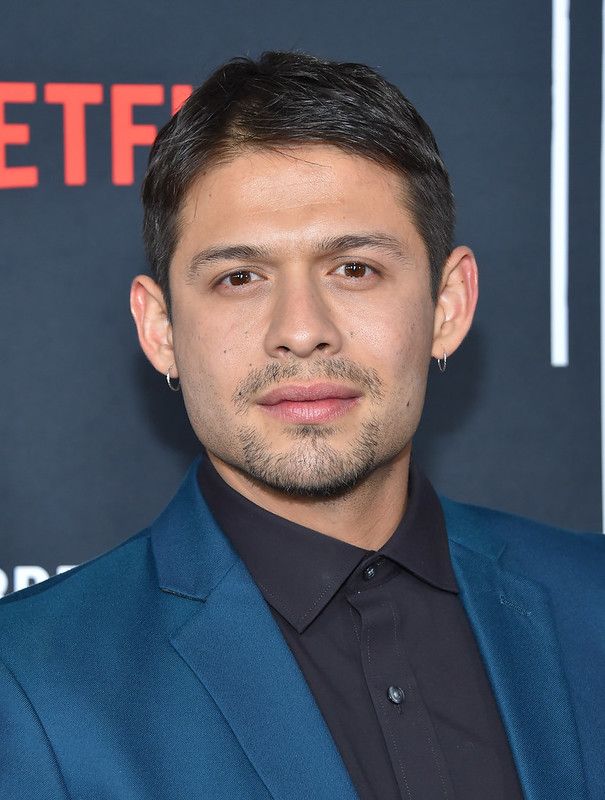 David Castaneda first appeared as the character of 'Saul' in 'Drive-By Chronicles: Sidewayz' in 2009.
David Castaneda made his way into his acting career with the family show 'Switched At Birth' in 2014. He appeared as 'Jorge' for seven episodes.
David Castaneda is an actor, model, and television star from Los Angeles city of California, who was brought up in Mexico. He has been playing 'Diego Hargreeves' in 'The Umbrella academy,' a Netflix series, since 2019. He is also a writer and director. He has been active in the film industry since 2009. David Castaneda was born on October 24, 1989. He has been interested in acting since childhood. This actor has also appeared in 'Jane The Virgin.' We will also discuss his net worth, acting, and childhood.

What is David Castaneda’s net worth?

The estimated net worth of David Castaneda is $1 million, as of 2022. He has gained this wealth through his career in tv-series and movies.

How much does David Castaneda earn per year?

The exact amount of income earned by David Castaneda is not yet known. His primary source of earning is through acting.

How tall is David Castaneda?

How old is David Castaneda?

David Castaneda was born on October 24, 1989, in Los Angeles, California, and was raised in Sinaloa, Mexico, under the zodiac sign of Scorpio.
David Castaneda was born with brown eyes and brown hair. At the age of 14, David shifted to the United States with his family, where he went to the William workman high school. He later attended college to study civil engineering to take over his family business after his studies. However, David Castaneda developed an interest in film direction, switching to an international business and film production major at the California state university, Fullerton, in 2007. He took up acting after his studies and began to audition. While he pursued his acting career, David Castaneda took up part-time studies and graduated in 2015.

Who is David Castaneda dating?

There are no clear details available about the dating life of David Castaneda. However, there have been some rumors regarding his co-star, Ritu, from 'The Umbrella Academy'.

Although Castaneda got his first acting role when he was 17, he did not regard it as a potential career.
He started taking acting seriously after volunteering for a role after a director asked actors to take part in his movie in a seminar at the California state university. He acted in several productions in minor roles like the 'Maddoggin' short movie in the lead role and 'End Of Watch.' He appeared in the 'Switched At Birth' TV series by ABC Family as 'Jorge' in 2013. David Castaneda worked in 'Sicario: Day Of The Soldado' movie as 'Hector' in late 2016, and the film was released in 2018.
David Castaneda played a significant role in 'El Chicano' independent movie and a supporting role in 'We Die Young' by Jean-Claude Van Damme. He has also played minor characters in movies like 'Standing Up, Falling Down' by Billy Crystal. David Castaneda became widely popular with the Netflix series 'The Umbrella academy' in the role of 'Number 2/Diego Hargreeves,' for which he was cast in 2017 with Adrian Gallagher, Ellen Page, and Tom Hopper. This show was released in February 2019 on Netflix. It is about a superhero family and a book adaptation.

David Castaneda is a popular model and actor who is known for his work in 'The Umbrella Academy.' He first got recognized with the role of 'Nicholas' in 2014's 'Jane The Virgin' TV series. David Castaneda acted in 'The Legend Of Master Legend' TV series in the role of 'Mandy Mandujano' in 2017.

What awards has David Castaneda won?

At the NBC Universal Short Cut Film Festival, the 'Maddoggin' short film won the audience award. He has been nominated for the IGN summer movie awards. He has not won any individual award.

In his free time, David Castaneda enjoys watching television series and likes to take photographs. His fluency in Spanish is not known.