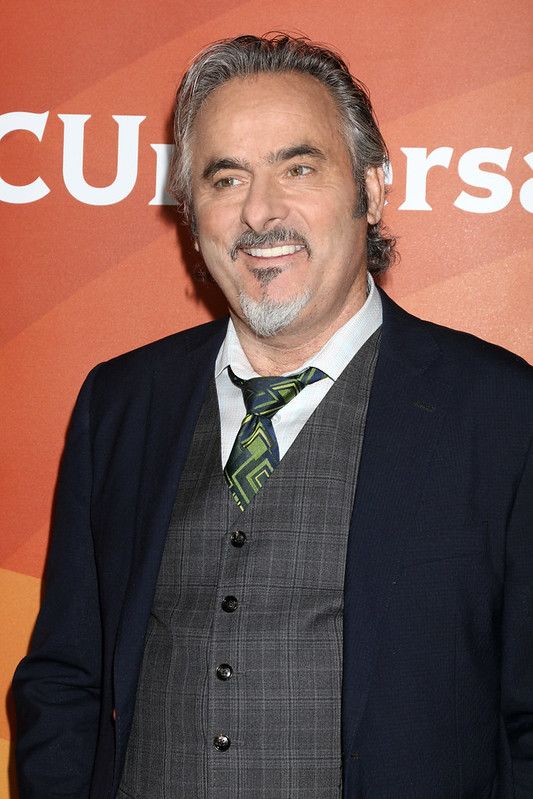 David Feherty was born in the Northern Irish town of Bangor, which is located in County Down.

He became a professional in 1976 and devoted most of the time of his career to Europe, winning five times and reaching the top 10 of the European Tour's Order of Merit twice, in the subsequent years of 1989 as well 1990. He spent much of 1994 and 1995 completing his PGA Tour in the United States, with his best finish securing a second-place finish at the New England Classic in 1994.

After which, David Feherty was the captain of the winning 1990 Alfred Dunhill Cup team for Ireland in the global tournament. Feherty left the tours in 1997, and after leaving his passion, he began working as a reporter and a golf analyst. David also made significant contributions to the famous Golf Magazine, where he also has his very own piece, which is called 'Sidespin,' on the backside of the magazine.

David is also a very famous author of four books, one of which is 'A Nasty Bit of Rough,' which has a fantastic plot. After this, David published his most famous book called 'Somewhere In Ireland A Village Is Missing An Idiot,' and this book is one of his bestsellers. Apart from this, he has also written 'An Idiot For All Seasons' and 'David Feherty's Subjective History Of The Ryder Cup,' which have all ranked as bestsellers by the one and only New York Times as well as Booksense.

His kids' names are Shey Feherty, Erin Feherty, Rory Feherty, Karl Schneider, and Fred Schneider. David Feherty is widely known for his performances on the PGA and European Tours.

What is David Feherty’s net worth?

David Feherty has a net worth of $3 million.

How much does David Feherty earn per year?

David Feherty earned up to $1.5 million at the peak of his career.

How tall is David Feherty?

How old is David Feherty?

William David Feherty was born in the Irish town of Bangor in the county of Down in 1958. His surname was supposed to be David, not William, as his birth certificate indicates. Yet, it was somehow muddled up since his father was intoxicated when filling out the documents. Feherty quipped that this would also mark his fate in regard to subsequent addiction, implying that his dad was an alcoholic, and he would suffer from his addiction. Apart from that, he believes that his boyhood was ordinary, and he possessed the quick wit for which he is now known. Feherty dropped out of school at the age of 16 to pursue his ambition for golf after having spent years training as a child and a teenager. After years of practice, he also wanted to be an opera singer but discovered that golf was a better fit for him.

David Feherty eventually boosted his score from a 5-handicap to something that might earn him money from working at numerous golf courses across the UK for years. He turned pro in 1976, and then he spent a few years establishing himself mostly on the European circuit.

Who is David Feherty’s partner?

David Feherty's current wife is Anita Feherty. He was earlier married to Caroline Feherty and had two sons with her.

Apart from his former career as a professional golfer, David Feherty is also a very well-known author of four best-selling books, as stated by the New York Times. After giving up on playing golf, he took up a career as a golf analyst and an on-course reporter, and he presented his own weekly primetime chat program, which is known as 'Feherty', on the Golf Channel between the years 2011 to 2021. He also became a broadcaster for CBS Sports. Since 2014, David has been actively touring the country with his comedy tour.

Along with George Lopez, he co-hosted the show 'Lopez-Feherty Foundation Anti-Pro-Am.' He has also worked with the Troops First Foundation.

What awards has David Feherty won?

Throughout this time, David Feherty won five major tournaments on the European Tour, cementing his place in golf history.

From 1986 through 1992, he won the Italian Open, Bell's Scottish Open, and BMW International Open. After this, he also managed to win the Credit Lyonnais Cannes Open, as well as the Iberia Madrid Open.

He also won the Irish PGA Championship and the South African PGA Championship, among several other events. His career achievements from playing golf have been around $3 million, and he was also a member of Europe's Ryder Cup team in 1991. David Feherty decided to formally retire from his amazing career in the field of golf in 1997, after which he went on to have one of the most famous broadcasting professions in history.

He was awarded the Army Civilian Award in 2012 for his contribution to the U.S. Army Community.

David Feherty loves to play golf and sing whenever he gets time. He also loves to watch movies with his family and his five kids during vacations; he believes spending quality time with your family is important.