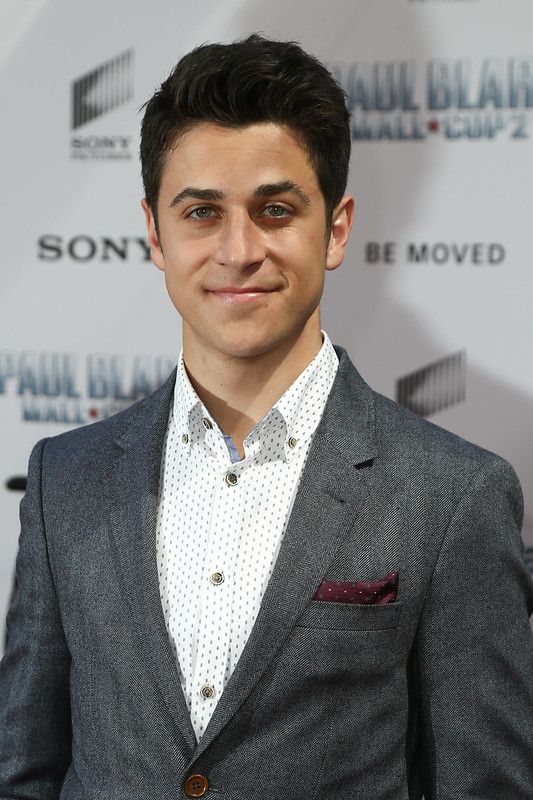 Born on July 11, 1989, in the United States of America, the actor David Henrie was named David Clayton Henrie at birth.

David Henrie is the son of a talent manager Linda Henrie and a producer in real estate, James Wilson Henrie. Henrie is the elder brother of actor Lorenzo James Henrie, well-known for his part in the popular American television series 'The Walking Dead'.

David is best known for the roles as Ted Mosby's son Luke in the sitcom Justin Russo played on 'Wizards Of Waverly Place' and 'How I Met Your Mother' and also his roles in films 'Walt Before Mickey' and 'Little Boy'.

What is David Henrie’s net worth?

Walt Disney actor David Henrie currently has a net worth of $6 million. The credit for his incredible net worth goes to his talents which include many things like screenwriting, acting, producing, and directing.

How much does David Henrie earn per year?

According to the sources, the American actor, producer, screenwriter, and director David Henrie earns $400,000 annually.

How tall is David Henrie?

How old is David Henrie?

Currently, we don't have much information about actor David Henrie's educational qualifications. But according to some sources, he went to Cheyenne Traditional School. Later he got his degree from Gettysburg College.

Actor David Henrie was just 10-years-old when he started giving auditions for TV commercials and series. Henrie gave many auditions; later, a director suggested his family relocate to Los Angeles.

Who is David Henrie’s partner?

In 2011 David Henrie got engaged to ex-Miss Delaware Maria Cahill. Later after five years, in 2017, he got married to his long-time fiancé Maria Cahill.

How many children does David Henrie have?

David Henrie and Maria Cahill have two children. They welcomed their first baby Pia Francesca Henrie on March 19, 2019. And the second baby James Thomas Emanuel Henrie, on December 25, 2020. According to some sources, the couple is also expecting their third child soon; they announced the pregnancy in December 2021.

At the age of 13, David received his first-ever role on 'The Pitts' as Petey Pitt. Later Henrie got another leading role and got a chance to work with legendary actors like George Kennedy and Linda Blair in the movie 'Monster Makers'. David Henrie's role in 'Monster Makers' got him into another movie, 'Dead Hollywoods Mom Society'. Henrie also got a role in an American Fox's 'Method & Red' in which he played the role of Skylar Blaford.

David Henrie also appeared in guest roles in some shows like 'House', 'Cold Case', 'Jack & Bobby', 'Providence', and many more. David Henrie also got a role in the American sitcom 'That's So Raven' as Cory, Larry's friend, and in the popular sitcom 'How I Met Your Mother' in which he got the role of Ted Mosby's future son Luke.

After the finale of 'The Wizards Of Waverly Place', the movie 'The Wizards Returns: Alex vs.. Alex' was premiered on March 15, 2013, though David Henrie was not in the movie as his character was still mentioned.

David Henrie also wrote 'The Wizards Of Waverly Place' s' two episodes which are 'Alex's Logo' and 'Meet The Werewolves', which was a series special.

In 2009 David Henrie was also seen in the Disney Channel Original Movie: 'Dadnapped'. A guest appearance was made by him for two episodes in the show featuring Jonas Brothers 'Jonas' in 2010. He made a guest appearance on IKEA sponsored series 'Easy To Assemble' in 2010.

Later in 2013, David Henrie got a role in an American comedy film 'Grown Ups' opposite the American actor Taylor Lautner and American comedian Adam Sandler. Then in 2014, he got a lead role in '1000 to 1: The Cory Weissman Story', a movie that depicted a young basketball player's real story who went through a devastating stroke at Gettysburg College as a freshman. Later that same year, Henrie made a guest appearance on 'Mind Games', an ABC show.

David Henrie has also been the director of the films 'Boo!' and 'Catch' in 2014.

Henrie directed 'This Is The Year', a coming-of-age film in which he performed and also co-wrote in 2018.

There is no official information available about any Charity Work done by actor David Henrie. Although according to MTV news, the former Disney Channel actor chopped off his hair for a charity for donating it to a child with cancer.

What awards has David Henrie won?

Actor David Henrie is a very talented actor known for his performances in various series and movies. He had been nominated for various awards, such as The 2003 Young Artist Awards for Best Performance for a TV Drama Series - Guest Starring Young Actor. 2004 Young Artist Awards Best Performance in a Feature Film - Leading Young Actor. 2008 Best Young Ensemble Performance in a TV Series 'Wizards Of Waverly Place'. 2011 Kids choice award in a Favorite TV Sidekick 'Wizards Of Waverly Place'. 2014 Cleveland International Film Festival for Best Short Film 'Catch'. Behind the Voice Actors Awards for Best Vocal Ensemble in an Anime Feature Film 'The Secret World Of Arrietty'.

Henrie's hobbies and interests, apart from acting and screenwriting, include snowboarding, playing hockey, and skateboarding.