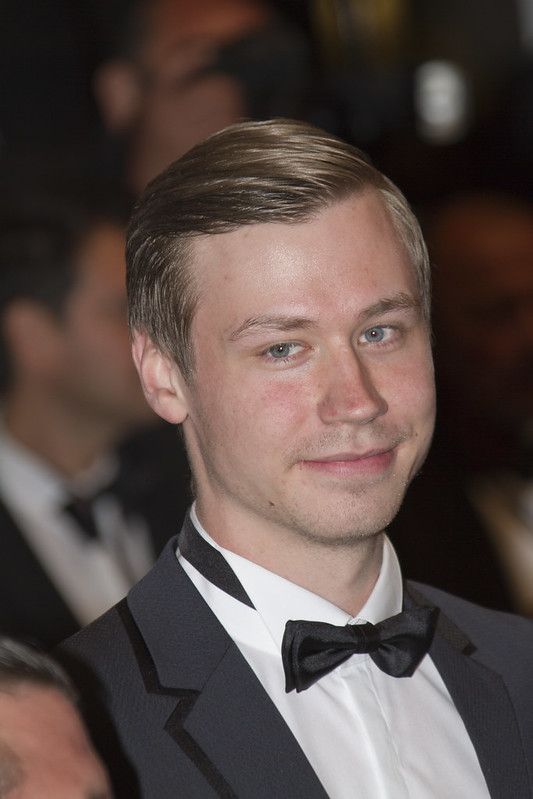 David Kross celebrates his birthday on July 4 of every year.
Kross was born in Henstedt-Ulzburg, which is situated in west Germany. He became a famous German celebrity.
David Kross began his professional movie premiere at 12 as a supporting actor in the film 'Hilfe, Ich Bin Ein Junge', translated as 'Help, I'm A Boy!' in English. Kross migrates from Berlin to the Neukoelln area with his mother, located in southeastern Berlin, formerly known for its felonies and the high number of Turkish immigrants.
Kross won the Chopard prize in 2009 for his finest performance in the film 'The Reader' at the 62nd Cannes Film Festival. In addition to that, Kross was assigned a European Film Award. In 2009, he worked with the same director Buck, in the film 'Same Same But Different,' which is love oriented film. Kross worked a second time with Buck in the film 'Hands Off Mississippi' in 2007, playing a role of a baker under an experienced baker to learn the trade.

What is David Kross'Kross' net worth?

According to Celebrity Net Worth, David Kross's net worth is approximately $1 million – $12 million. He is a well-known leading actor.

How much does David Kross earn per year?

Not much information is available about the yearly earnings of David Kross.

How tall is David Kross?

How old is David Kross?

David Kross is 31 years old, his date of birth is July 4, and he crossed three decades as of April 2022.

David Kross was born in Germany. His mother's name is Angela Kroß, and he has two siblings. In his childhood, he went to Eckhorst High School. In 2009, Kross joined in London Academy of Music and Dramatic Art three-year course at London Academy of Music and Dramatic Art as he wanted to improve his English and acting skills.Still, he quit at the end of the same academic year to concentrate on films since living in Berlin-Mitte, located in the center of Berlin. Kross was not interested in moving to Hollywood, and he preferred to stay in Germany and continue acting in both German and English films.

Who is David Kross dating?

David Kross is single, and there is not much information about his past relationships.

David is the best known german actor for his starring role in War Horse and Into the White. His role earned him the Sierra Award from the Las Vegas Film Critics Society Youth Awards in the film' The Reader.' David Kross is known for his best leading part in the film ‘The Reader.’
In this movie, he plays a role of a teenager called Michael Berg, who falls in love with an aged woman named Hanna. This film was based on the fantasy novel Krabat about the eponymous Sorbian folk hero, written by Otfried Preußler'sPreußler. In this film, David Kross plays the leading role.

What awards has David Kross won?

In 2009, the Shooting Stars Award at the Berlin International Film Festival was the annual acting award for up-and-coming actors by European Film Promotion. In 2009, David Kross was nominated for a European Film Award. He and Cristiana Capotondi won the Romy TV Awards' Shooting Stars Award in 2010.
In 2010, he won the Audi Generation Award. In 2012, David Kross won the Chopard Trophy for male Revelation at the Cannes Film Festival. Michael Berg's role in 'The Reader' earned him the Sierra Award from the Las Vegas Film Critics Society Youth Awards. Kross was additionally assigned for a European Film Award.

David was very fond of playing basketball. In 2004 and 2006, he played basketball at the expert club TSV Bargteheide. The film was based on the autobiography written by Benjamin Prüfer, who is a great writer. In 2011 he did his movie with Steven Spielberg named 'War Horse.' The script is based on the British War novel by Michael Morpurgo'sMorpurgo in 1982. He played a lead role in the film.

The Zodiac sign of David Kross is Cancer.
David Kross was born in July.
At the 11th Turkey/Germany Film Festival in Nuremberg, David won the first prize as an actor in a Leading Role for his role in Detlev Buck's 'Tough Enough' (German: Knallhart).
In 2009, he was nominated for the Broadcast Film Critics Association Awards for Best Young Actor, Under 21.
In 2009, David Kross Won a Las Vegas Film Critics Society Award in Youth in Film.
In 2005, Kross came to Detlev Buck's attention, a german film director, producer, screenwriter, and actor through his daughter, Bernadette. In 2006, he co-directed 'Krabat' with Marco Kreuzpaintner (The Satanic Mill).
Daniel Brühl and Robert Stadlober acted as his co-stars in this film. This film was released on September 19, 2007, in movie festivals and in October 2008 in theatres. He began his shooting in Berlin, Cologne, and Görlitz. To work in this film, he had to learn to speak English.